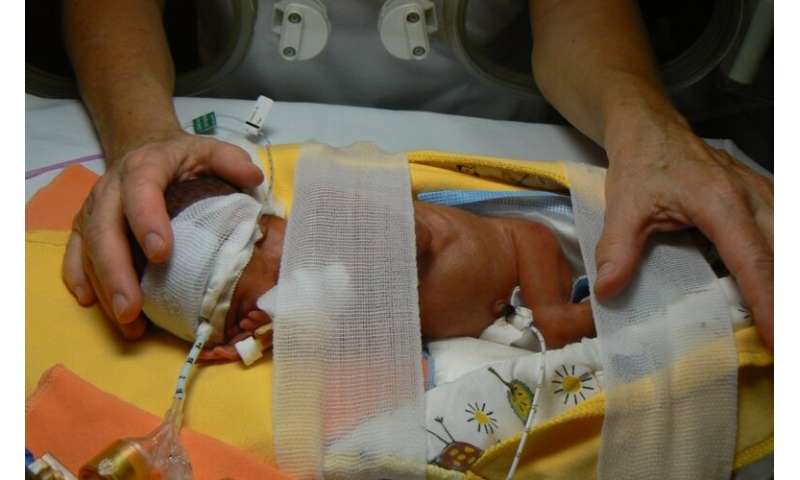 The vitality of preterm infants should be assessed with an Apgar score, a tool used to measure the health of newborns immediately after birth. That is the conclusion by researchers at Karolinska Institutet in Sweden who in a large observational study examined the value of Apgar scores for preterm infants. The findings are published in the New England Journal of Medicine.

The so-called Apgar score has been used since the 1950s to quickly assess the vitality of the infant soon after birth. Doctors and midwifes measure five parameters in the infant—heart activity, respiration, muscle tone, irritability and color—and give each parameter a score from 0-2. The total score can thus range from zero to 10, where a higher number indicates better health and a greater chance of survival.

However, some have questioned the value of the Apgar score in preterm infants, since the immaturity of these infants may lead to lower scores compared with infants born at term. Therefore, the researchers in this study wanted to find out if the Apgar score could be used to predict the mortality risk of preterm infants during the first four weeks of life (the neonatal period).

Using Swedish nationwide register data, the researchers studied 113,000 non-malformed infants born after 22 to 36 weeks of pregnancy in the years 1992-2016. The risk of neonatal mortality was calculated for Apgar scores at five and ten minutes after birth, and separate analyses were performed for infants born at 22-24, 25-27, 28-31, 32-34 and 35-36 gestational weeks.

“Our results show the importance of registering Apgar score also in preterm infants,” says Sven Cnattingius, senior professor at the Department of Medicine, Solna, Karolinska Institutet, and the study’s corresponding author. “It is important that infants with reduced scores receive full clinical attention regardless of gestational age.”

Co-author Stefan Johansson, associate professor at the Department of Medicine, Solna, Karolinska Institutet and neonatologist at the Sachsska children and youth hospital in Stockholm, says, “Heart activity and breathing are the cornerstones of the Apgar assessment. Our research indicates that the chance of survival increases the better you are at stabilizing the premature baby’s circulation and breathing immediately after birth.”

The researchers considered several confounding factors that could impact the outcome, including the mother’s age, smoking, weight, blood-pressure, infant’s mode of delivery and year of birth. The researchers note that the study is based on Swedish conditions and that the results may be different in other countries.

“Although it is frustrating that we usually cannot pinpoint the causes of a reduced Apgar score, we need to embrace that the score is, independent of gestational age, the best available tool we have to evaluate the newborn’s health in the delivery room,” says Neda Razaz, assistant professor in the same department.