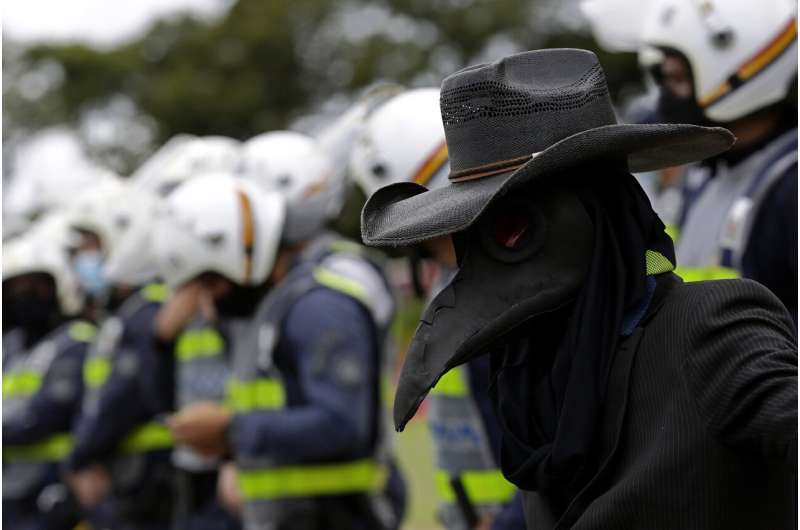 Brazil’s state health secretaries on Monday called for lockdowns and curfews in many parts of the country because hospitals are running short of intensive care unit beds as COVID-19 daily kills more than 1,000 people nationwide.

Brazil’s National Council of Health Secretaries said in an open letter that there should be “restriction at the maximum level” in regions where more than 85% of hospital beds are occupied and trending up so as to “to avoid the imminent national collapse of the public and private health care networks.”

“The return of the pandemic in several states is making their private and their public assistance networks collapse and has brought imminent risk of spreading it to all regions of Brazil,” the council said, adding that the nation is experiencing its worst moment since the pandemic began.

It also cited the slow pace of the vaccination program.

Last week was Brazil’s deadliest since the beginning of the pandemic, with 8,244 confirmed deaths from the virus.

The letter from the council, which represents the nation’s 27 health secretaries, suggested lockdowns in cities where no ICU beds are available and curfews between 8 p.m. and 6 a.m. in the rest.

The council also said there is a “lack of coherent and unified national leadership in the reaction to the pandemic,” and suggests the halt of all activities held in person, including religious ceremonies. 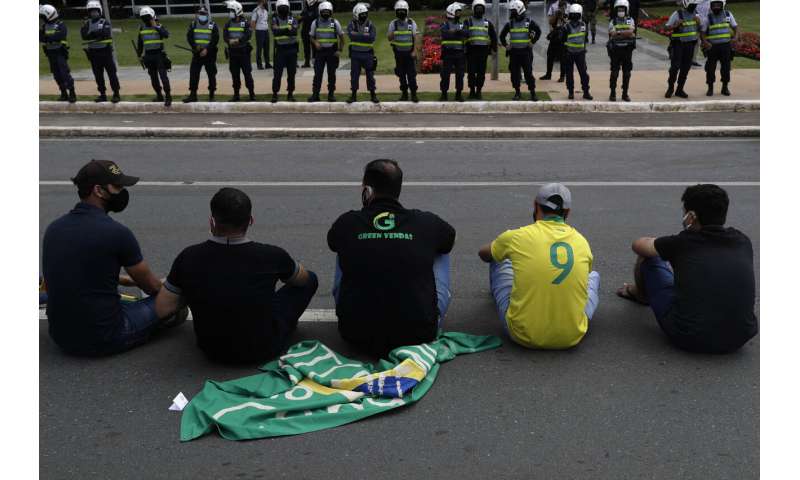 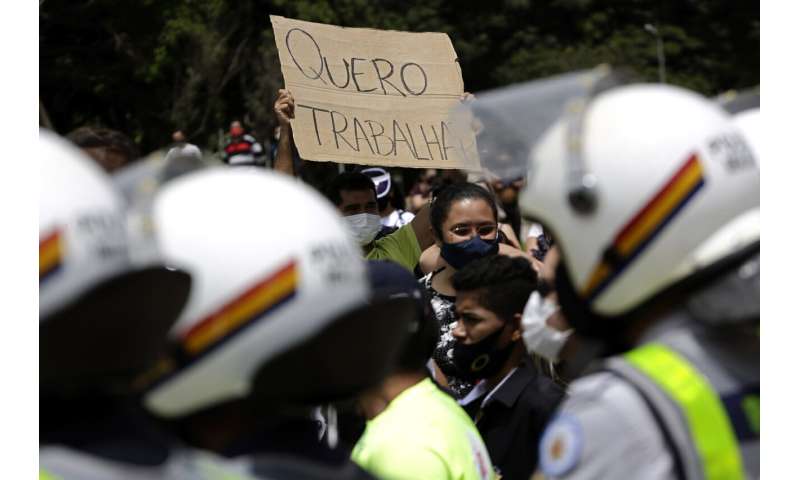 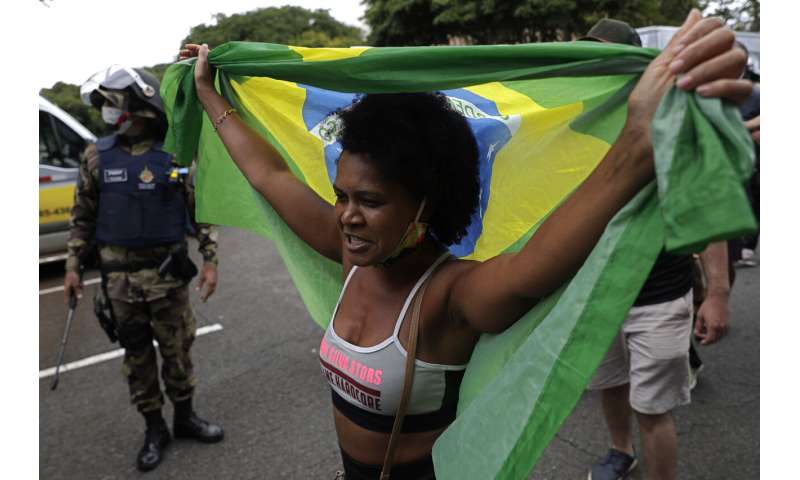 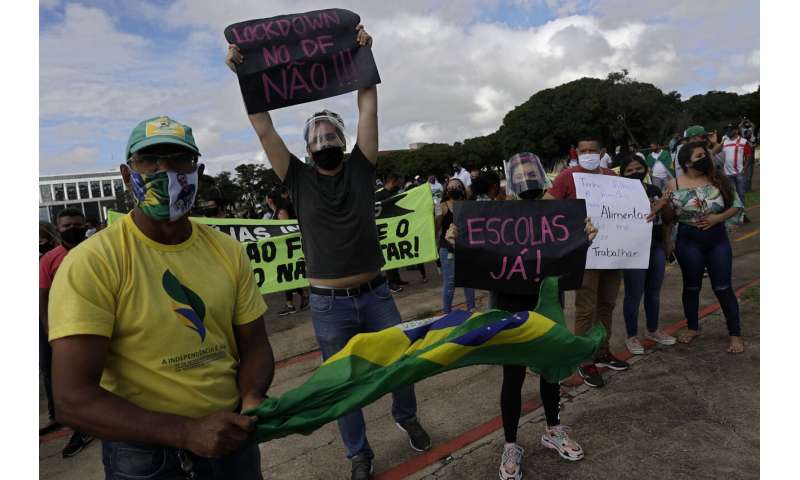 Despite the warning, Sao Paulo Gov. João Doria decided also on Monday that religious gatherings are to be considered essential activities in Brazil’s most populous state. Doria is a former ally turned foe of Brazilian President Jair Bolsonaro.

Brazil’s capital, Brasilia, entered a two-week lockdown on Sunday, and at least eight states adopted curfews over the past week due to the rise in cases and deaths from the virus. On Monday, hundreds protested near the country’s presidential palace, carrying banners that read “We want to work.” The governor of the Federal District, where Brasilia lies, is an ally of Bolsonaro.

In several Brazilian cities, owners of private schools also protested against stricter social distancing measures. They argued children are not major spreaders of the disease.