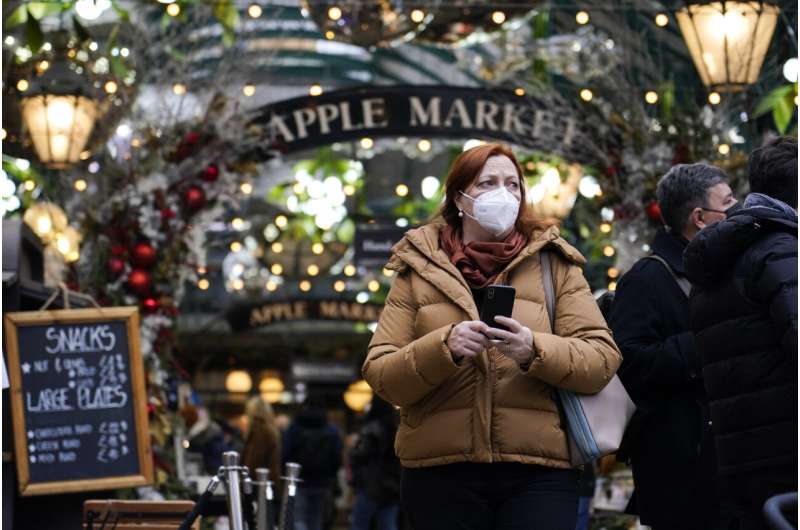 Spiraling infections in Britain driven in part by the new omicron variant of the coronavirus sent shockwaves Thursday into the rest of Europe, fueling a familiar dread that tighter restrictions will scuttle holiday plans again this year.

Much remains unknown about omicron, but increasingly officials are warning that at the very least it appears more transmissible than the delta variant, which was already putting pressure on hospitals from the United States to the Netherlands. With so many questions outstanding, uncertainty reigned over how quickly and how severely to crack down on everything from travel to Christmas parties.

After the U.K. recorded the highest number of confirmed new COVID-19 infections Wednesday since the pandemic began, France tightened entry rules for those coming from Britain.

In England, the chief medical officer urged people to limit who they see in the festive period—though there has been much debate about how much should be canceled. In the U.S., meanwhile, the White House insisted there was no need for a lockdown, despite signs that omicron was gaining ground there.

Globally, more than 75 countries have reported confirmed cases of the new variant. In Britain, where omicron cases are doubling every two to three days, the variant is expected to soon replace delta as the dominant strain in the country. Authorities in the 27-nation European Union expect omicron to be the dominant variant in the bloc by mid-January. 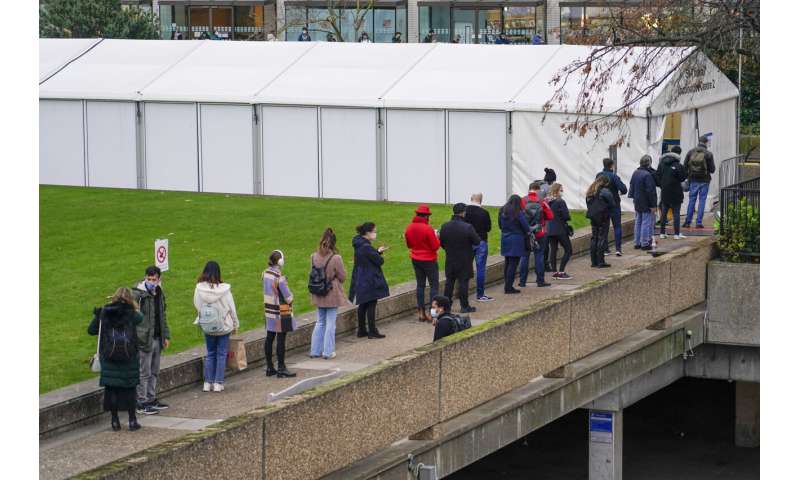 In addition to hints that it’s more contagious, early data suggest omicron may be milder but better at evading vaccines. Experts have urged caution in particular on drawing conclusions about how mild it is because it hospitalizations lag behind infections and so many variables contribute to how sick people get.

Also, even if omicron proves milder on the whole than delta, it may disarm some of the lifesaving tools available and put immune-compromised and elderly people at particular risk. And if it’s more transmissible, more infections overall raise the risk of more serious ones.

EU leaders gathering in Brussels for a summit Thursday sought to balance tackling the surge of infections across the continent while keeping borders open.

But ahead of the meeting, European nations already were acting to rein in the spread of the virus. 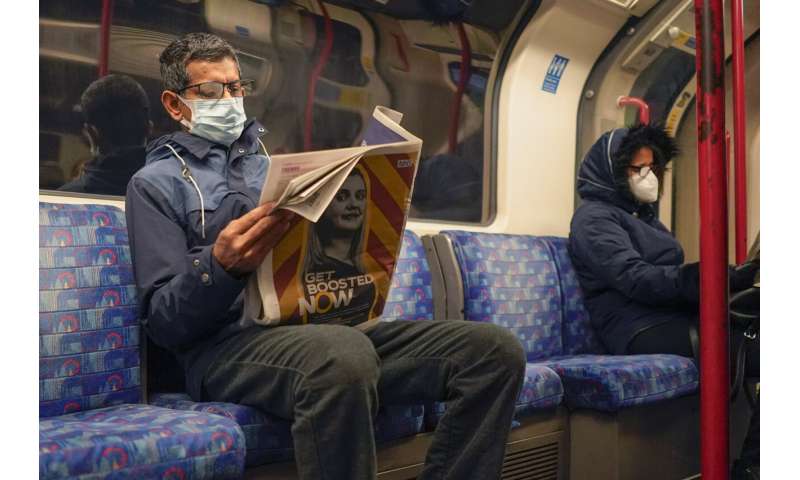 France said it will slap restrictions on travelers arriving from the U.K.—which is no longer part of the EU—putting limits on reasons for traveling and requiring 48-hour isolation upon arrival. The new measures will take effect first thing Saturday.

French Prime Minister Jean Castex said the measures are being imposed “in the face of the extremely rapid spread of the omicron variant in the U.K.”

The abrupt move comes after weeks of political tensions between France and Britain over fishing rights and how to deal with migration in dangerous small boats across the English Channel.

It also comes as France’s government is desperately trying to avoid a new lockdown or stricter measures that would hurt the economy and cloud President Emmanuel Macron’s expected campaign for April presidential elections. 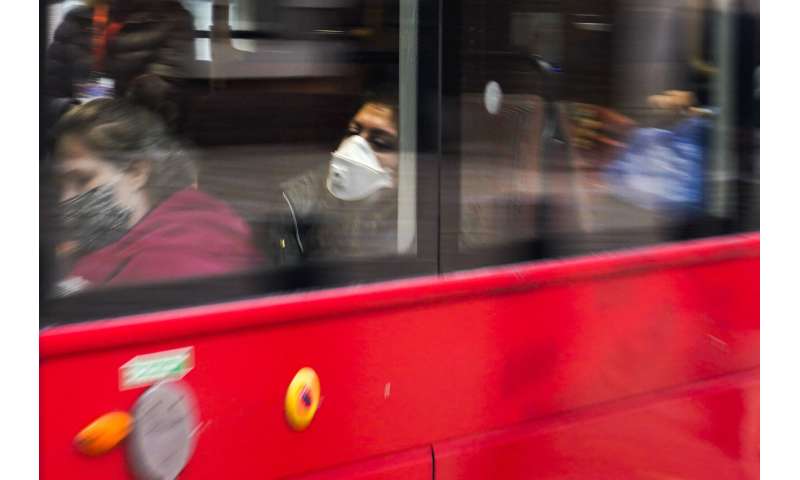 Greece announced Wednesday that all travelers to the country will have to show a PCR test with a negative result starting Sunday whether they are vaccinated or not. Italy this week also required negative tests from vaccinated visitors, raising concerns that similar moves elsewhere will limit the ability of EU citizens to travel to see friends and relatives over the holidays.

Portugal’s Prime Minister António Costa said he intends to keep tighter COVID-19 border controls in place beyond their planned end on Jan. 9 due to the threat from the highly infectious new omicron variant. In Greece,

England’s chief medical officer warned the situation there is only likely to get worse during the holidays.

Professor Chris Whitty described the current situation as two epidemics in one—with omicron infections rising rapidly even as the country continues to grapple with the older delta variant, which is still causing a large number of infections. 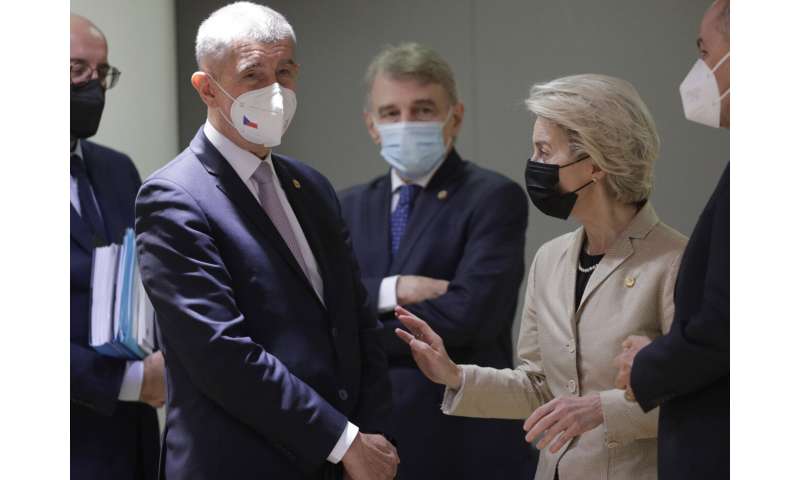 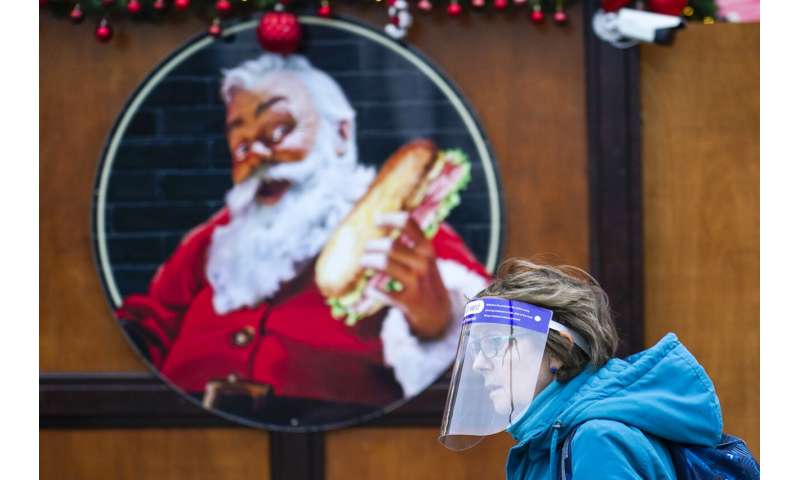 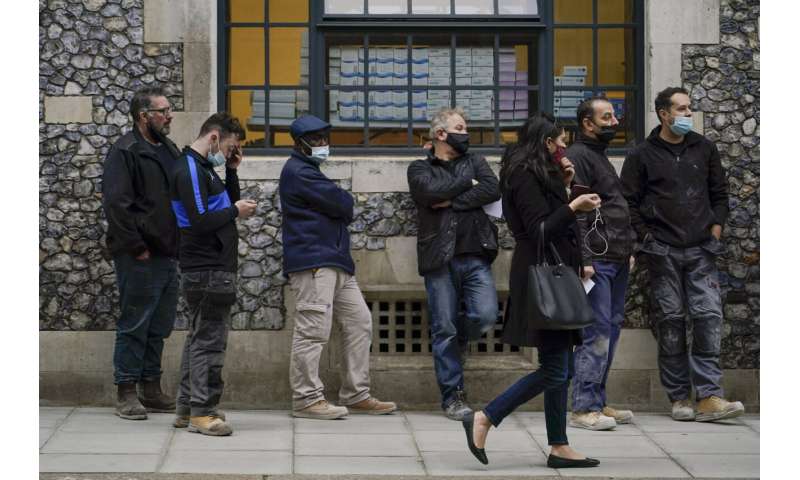 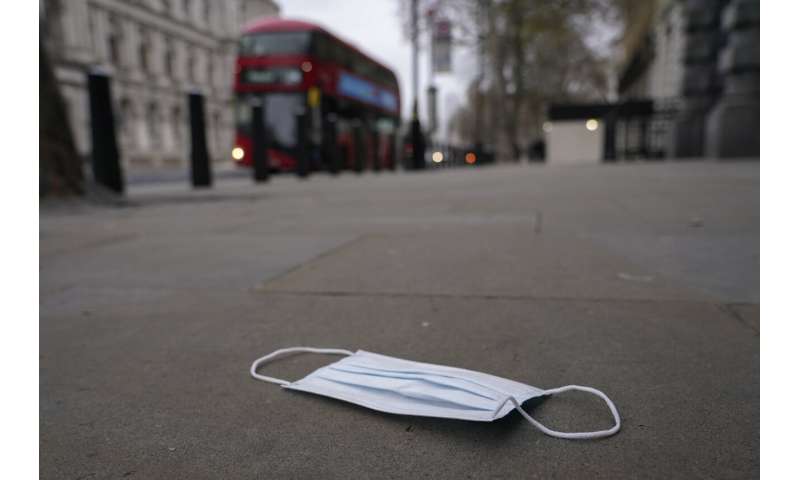 Whitty advised people to limit their social contacts, putting a priority on those that are the most important.

Fearing a raft of canceled parties and a general drop in business at the height of the crucial and lucrative Christmas season, British restaurants and pubs demanded government help Thursday. They said concerns about the new variant have already wiped out 2 billion pounds ($2.6 billion) in sales over the last 10 days.

Jonathan Neame, chief executive of pub and brewery Shepherd Neame, said the grim warnings will plunge his business back to the start of the pandemic.

“We’ve seen a significant number of cancellations and that’s accelerating every day, and will accelerate even further after the news last night, which seems to have thrown us back into that sort of zombie world of the first week of March, of the pandemic last year,” he told Times Radio.