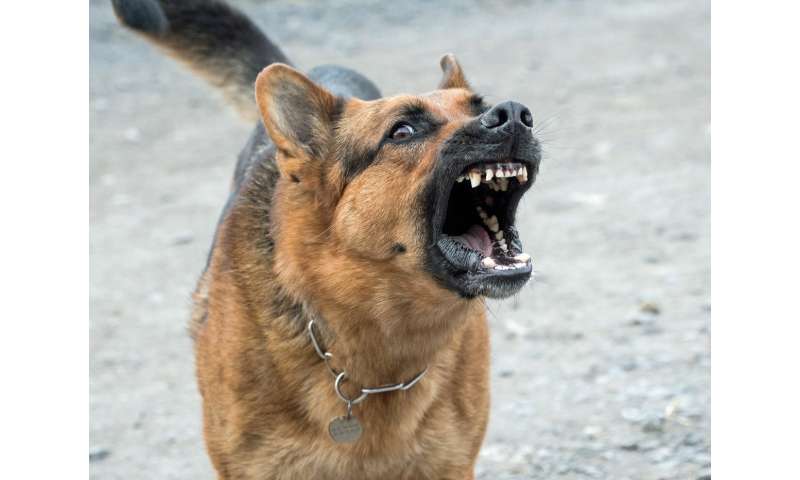 Tracking the brain’s reaction to virtual-reality-simulated threats such as falling rocks and an under-researched fear reduction strategy may provide better ways of treating anxiety disorders and preventing relapses.

Hippocrates described them as ‘masses of terrors,” while French physicians in the 18th century labelled them as ‘vapours’ and ‘melancholia.” Nowadays we know that panic attacks, a common symptom of anxiety, can be linked to intense phobias or even a general anxiety disorder with no specific source.

“But if you’re not sure what a panic attack is, it’s very frightening,” said Dr. Iris Lange, a psychologist based at KU Leuven, in Belgium. “You probably think you will get a heart attack. We see a lot of people having to go to the medical emergency services.”

According to an EU and OECD report from 2018, anxiety disorders are the most common mental disorder across European Union countries and affect an estimated 25 million people.

Decades of research have shown how anxiety amplifies sensitivity to threats. People with high anxiety will perceive even non-harmful things, such as insects, as potential threats. However, researchers have until recently used mice and rat experiments to understand the neuroscientific concepts of how anxiety patients behave when defending themselves from such perceived threats.

“We are translating concepts that are probably not translatable (to humans), or we’re just translating very core concepts,” said Professor Dominik R Bach, a neuroscientist at University College London, in the UK.

Although rodents have anxiety responses, ‘there is no one-to-one mapping’ between animal and human behaviours, says Prof. Bach.

Neuroscientists’ overreliance on rodents is just one area that has limited anxiety research. Another is that drugs that remedy anxiety in pre-clinical experiments can work differently in reality as some people have a higher base anxiety than others.

In the past 10 to 15 years, the neuroscientist community has shifted to human-based research, Prof. Bach says. This shift includes his own ActionContraThreat project which will measure people’s physical behaviour when under legitimate and phobia-based threats.

Neuroscientists believe that humanity accumulated different reaction mechanisms over time to control how we react to different, real threats. Different threats require different mechanisms, and these have been built on top of each other.

“We want to find out which mechanism is activated by which scenario, and how does it then work within that scenario,” said Prof. Bach.

The project is still in the development phase. It will first involve people free from anxiety using virtual reality (VR) headsets to physically react to threats, which range from dogs, bulls and falling rocks, to rats and spiders.

Motion capture will record how people move in each 30-second scenario, while a wearable device will measure the brain’s magnetic signals. At some point in the future Prof. Bach says his team will repeat the experiment with anxiety patients to compare their physical—or neurological—reactions.

This all helps to characterise what happens in an anxiety patient’s brain. For example, it will allow researchers to see if these mechanisms happen before or during a threat, if they choose between a small set of reactions, or if a mechanism doesn’t learn that a reaction fails to protect the person.

Prof. Bach hopes that figuring out which reaction mechanisms are activated in anxiety patients will help tailor their therapy. For example, cognitive-behavioural therapy tries to either change patients’ behaviour with training exercises, or have a patient assess their experiences and actions to change their outlook on whatever causes their anxiety.

If a phobia is based on a mechanism that doesn’t learn from a failed reaction, therapists will know to focus less on changing that patient’s behaviour.

Therapists are looking for these nuances to better understand the techniques they use, says Dr. Lange. Exposure therapy, whereby a patient is shown the source of their anxiety in a non-harmful situation, is one example.

Exposure therapy has its issues, though. One study estimates that 50% of anxiety patients do not benefit from standard exposure therapy.

Another issue is relapse. A study this year suggested that up to 14% of people who receive therapy for anxiety will relapse after 3-12 months. This can have a long-term damaging effect.

“At the moment that people stop practicing (anxiety-reducing techniques) after therapy, we often see that their fears re-emerge. I think it also makes anxiety symptoms become persistent, or even chronic,” said Dr. Lange, whose research examines the fear reduction strategies in exposure therapy.

The most common exposure therapy strategy is called ‘extinction learning’ where people learn new associations that suppress the old association. For example, people who have a panic attack in an elevator may begin to fear enclosed spaces. Having patients revisit enclosed spaces creates new memories that drown out the old one.

However, the cure is a fragile one. The old phobia may return if people do not continue the exercise, says Dr. Lange. “I think we should know more about what we are actually doing in the therapy.”

Dr. Lange’s ReduceFear project aims to do that by comparing the effectiveness of two fear reduction strategies in patients, and comparing the underlying neurobiology.

The first is extinction learning. The second is an under-researched type of exposure called ‘devaluation learning.” Instead of constantly exposing them to what triggers the feeling of threat, patients are exposed to the threat (or memory of the threat) itself.

For example, instead of revisiting the elevator, patients may instead remember or recreate the panic attack that caused their phobia. Dr. Lange gives the example of recreating sensations of a panic attack by having patients breathe air with a higher proportion of carbon dioxide in it. Confronting patients with the panic attack’s sensations means they can learn to emotionally manage them and learn they are not harmful or dangerous.

Getting a wider idea of how these strategies work means therapists can adapt their exposure therapy to better suit the individual patient.

“We think that if we can introduce these concepts a little bit more into exposure therapy, it might make the therapy less fragile for relapse,” said Dr. Lange.

To examine both strategies, Dr. Lange will first try to recreate the sensation of a ‘trauma.” This involves having test subjects associate a stimulus with a certain situation or object. For example, delivering an unpleasant, but tolerable electric shock when standing in an elevator will build a small anxiety-based association.

Then, after using either of the two strategies, she can re-examine if fears re-emerge in the test subjects when exposed to the same stimulus. This is measured either through questionnaires or skin conductivity, which shows how much they sweat.

Measuring the neural activity can help to understand which brain circuits play a role in these strategies, and how fear can re-emerge.