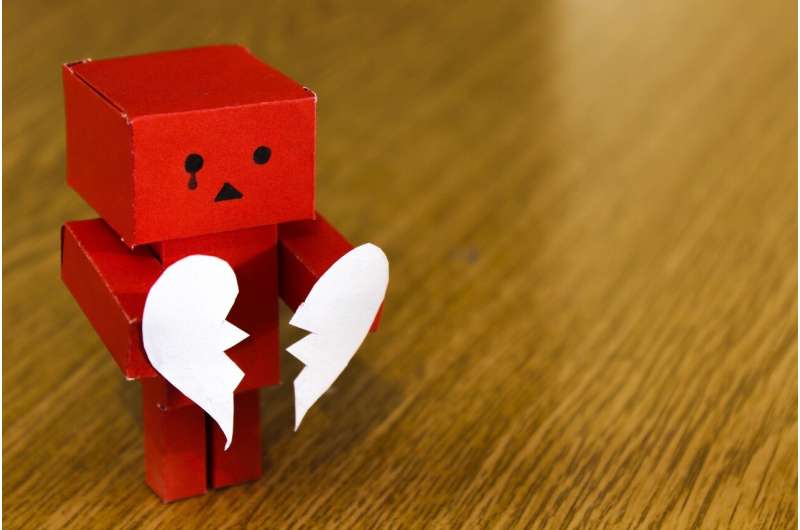 In almost 10% of myocardial infarctions, no obvious cause in the coronary artery can be found. Some of the patients are diagnosed with broken-heart syndrome, while others are left without a diagnosis. A new study from Karolinska Institutet in Sweden suggests that early magnetic resonance (MR) imaging of the heart can greatly increase the rate of diagnosis. The study has been published in the journal JACC Cardiovascular Imaging.

The majority of the patients are women, many of whom are diagnosed with takotsubo cardiomyopathy (broken-heart syndrome). This is a condition characterized by reduced heart function that is probably related to stress and that presents the same symptoms as a regular heart attack.

“Around 80 to 90% of broken-heart sufferers are women, and the disease is associated with mental stress,” says principal investigator Per Tornvall, senior physician and professor at the Department of Clinical Science and Education, Södersjukhuset (Stockholm South General Hospital), Karolinska Institutet. “There also seems to be a link to hypersensitivity towards stress caused by low estrogen levels. Unfortunately, research on the investigation and treatment of myocardial infarction is often done on men, while female heart disease is less studied.”

Cardiovascular magnetic resonance (CMR) is often done when examining patients with MINOCA. CMR approximately ten days after onset can result in a diagnosis in under half the patients, normally takotsubo or myocarditis (inflammation of the heart muscle), according to an earlier study of 150 patients from Karolinska Institutet. The same researchers have now tested a new, more sensitive CMR technique two to four days after onset on a comparable group of 148 patients with a median age of 58. They found that a full 77% of the patients could be given a diagnosis (35% of takotsubo and 17% of myocardial inflammation, compared with 19 and 7%, respectively, in the first study.

The right treatment for more patients

“We don’t know how much effect the improved CMR technique has, but the results suggest that with early examination more patients can get a correct diagnosis and therefore the right treatment,” says Professor Tornvall. “The next step is for us to develop the CMR examination with pharmacological stress of the heart. This will enable us to study the smallest of the blood vessels and hopefully find a cause for the 23% who received no diagnosis.”