With the coronavirus disease 2019 (COVID-19) pandemic, most infections are asymptomatic or mild, but a significant minority develop severe symptoms. Some earlier studies have indicated that initial disease severity predicts the risk of long-term symptoms, as well as their intensity. Moreover, limb weakness is one of several acute symptoms that are associated with more severe long-haul COVID-19. 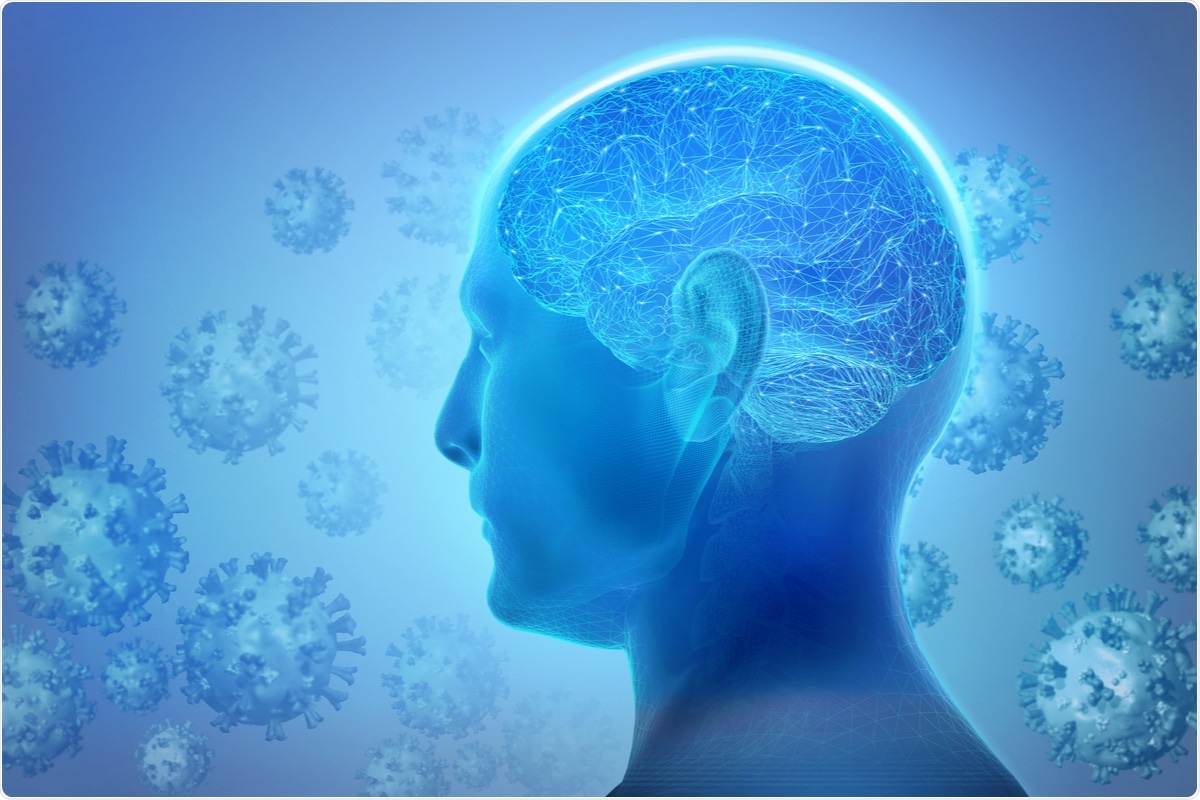 Cognitive dysfunction is among the most common symptoms of long Covid, affecting about 70%. A recent preprint examines the significance of various symptoms in predicting cognitive impairment over the long term following acute COVID-19.

The severe acute respiratory syndrome coronavirus 2 (SARS-CoV-2) has spread worldwide since it first emerged in December 2019. Besides its respiratory manifestations, many patients develop neurological symptoms, and some may also have subtle brain damage.

“Long Covid” is one of the terms used to describe continuing illness following recovery from the acute infection, thought to affect up to a quarter of infected individuals. Cognitive issues remain among the most common symptoms of long Covid.

Many underlying mechanisms may contribute to the structural and functional changes occurring in the brain and the neurological symptoms of long Covid. The current study reports the initial findings of the COVID and Cognition Study, which includes both a cross-sectional and a longitudinal part, aiming to understand cognitive issues in long Covid.

What did the study show?

The current study that appeared on the medRxiv* server included 181 COVID-19 patients and 185 controls. The researchers focused on finding risk factors for long-term symptom occurrence and severity, with special attention to cognitive impairment.

Among these, patients with fatigue or systemic symptoms were at higher risk of persistent symptoms. The results show that severe acute illness is linked to a higher risk of long Covid and more severe ongoing symptoms.

Though most patients in the COVID-19 group had not been hospitalized in the acute phase, the link between initial severity and persistence of illness remained valid, as did the increased risk of more severe chronic illness. In other words, long Covid is a concern even among community cases and not just the hospitalized population.

When cognitive symptoms were separately examined, using five different symptoms, they found that the presence of neurological symptoms, such as headache, dizziness, and brain fog, as well as disorientation, vision abnormalities, delirium, and lapses of consciousness, were predictive of a higher risk of cognitive issues later on.

Gastrointestinal/autoimmune and cardiopulmonary symptom persistence also predicted cognitive issues, perhaps indicating that the underlying issues were not specific for neurological damage but could be related to hypoxia and other illnesses.

Over half the individuals with long Covid and three-quarters of those with severe chronic illness said they could not return to work for long periods, with over a third and half, respectively, reporting job loss or inability to work. This was much higher than the control group and corroborated earlier studies.

Some earlier studies have shown the same pattern of risk factors, but there is a suggestion that the symptoms evolve over time. Thus, the REACT study has recorded two clusters of symptoms at 12 weeks from the acute illness, one with symptoms of fatigue, body pain, insomnia, and breathing problems, and the other with respiratory symptoms.

One such study reported that in 86% of such individuals, cognitive issues were the main obstacle to returning to work. Almost a third said this led to severe work-related functional issues.

The predictive power of both conventional neurological symptoms and headache and brain fog could point to the existence of neuroinflammation and encephalitis in the two symptom subsets of fatigue and neurological symptoms, respectively, such that each of these classes of symptoms is an independent risk factor for cognitive impairment. The extent to which they predict the loss of different cognitive areas requires further research.

Cardiopulmonary and neurological symptom persistence predicted cognitive impairment, with the former being linked to increased severity over time. Since cognitive issues also tend to worsen with time, this could indicate an underlying disease process that progressively becomes more severe or that both are linked to more chronic illness.

The study also found that more than half the patients with long Covid could not resume employment for long periods. This would mean that over the coming months and years, many who were in the workforce earlier would be unable to work for extended periods, affecting economic growth at a time when global unemployment is up by 30 million since the pandemic began.

As such, these findings are important in that they indicate an unusually prolonged and severe impact of long Covid on the workforce, despite the beneficial effects of vaccination on hospitalizations and deaths.

To help address this, medical professionals must have the requisite data and training to recognize long Covid as a real issue. Over half of these patients report that they found it difficult to get the help they needed, especially when their symptoms are not measured on routine visits, like brain fog or tiredness. The authors call this “testimonial injustice” – symptoms being ignored by doctors.

Therefore, this study provides a basis on which doctors can evaluate the likelihood of cognitive issues over the long term, that is, for more than six months after the diagnosis of COVID-19. The authors intend to continue looking into the relationship between general and cognitive symptoms and the actual cognitive task performance measures in individual patients. This will help them understand the feasibility of identifying cognitive deficits objectively in patients who report cognitive symptoms.

There is a need to explore the contribution of lockdown-related stress on cognitive performance in COVID-19 patients. Still, since few studies on the psychological aspect of lifestyle alterations during the pandemic due to public health restrictions, this is likely to be a difficult task.

The current study does show that individuals who had COVID-19 reported more brain fog, fatigue, and shortened attention span, as well as word-finding and semantic ability, compared to controls, irrespective of whether the infection was laboratory-confirmed or not. This seems to downplay the role of lifestyle changes in cognitive impairment.

Future studies may use a more refined approach, including symptoms lists that allow direct comparison at different time points and the same symptom lists for cases and controls. Nonetheless, the preliminary information provided by this study is useful in forming hypotheses for future work.

The symptoms and experiences reported by our sample closely resemble those reported in previous work on Long COVID which suggests that we can consider our, smaller, sample to be generally reflective of the larger Long COVID patient community.”

Follow-up of these groups is being planned for one to two years, which may elucidate the course of long Covid still further.

medRxiv publishes preliminary scientific reports that are not peer-reviewed and, therefore, should not be regarded as conclusive, guide clinical practice/health-related behavior, or treated as established information.