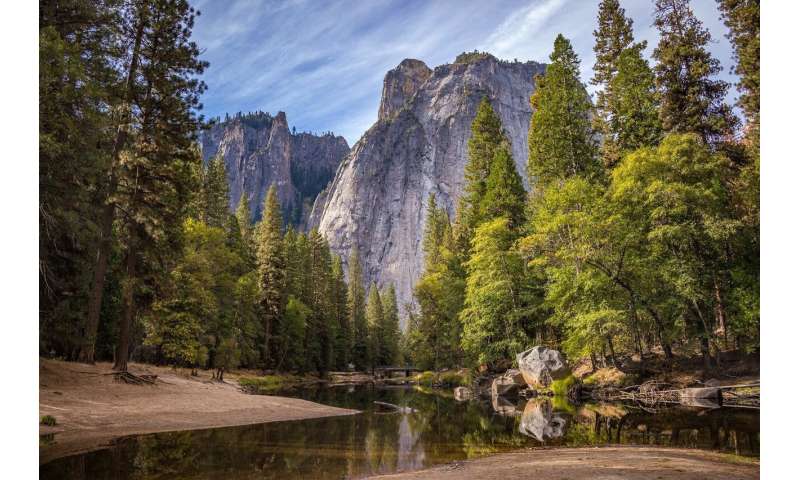 Eric Reynolds was sleeping after a day supervising middle-schoolers in Yosemite Valley when he was startled awake by the sound of someone pounding on his cabin door.

“Mr. Reynolds!” one student said. “My roommate just threw up all over the place!”

At first, he assumed it was food poisoning from chicken nuggets. But by the next morning, the young man was running a fever. Then nine additional students fell sick with stomach pain, nausea, diarrhea, fever—the characteristic signs of a norovirus infection.

As of Monday, one of the West’s most majestic national parks had received reports of about 170 visitors and employees with similar symptoms and most had spent time in Yosemite Valley earlier this month.

The National Park Service and other health agencies have launched an investigation into the outbreak, casting a pall over Martin Luther King Jr. Day holiday, when visitors were allowed free of charge into the 1,162-square-mile Sierra Nevada landmark known for its giant sequoia trees, towering granite ridges and tumbling waterfalls.

Federal officials are working with Aramark, the concessionaire that operates Yosemite’s restaurants, snack shops and hotels, to clean up and disinfect food service facilities in the park, including the famous Ahwahnee hotel, officials said.

However, in a statement to Food Safety News, Aramark spokesman David Freireich said that until the exact cause of the gastrointestinal illness is determined, classifying it as foodborne is speculation.

Many of the reports involved vacationers in Curry Village, a quaint collection of tents and cabins in Yosemite Valley. But over the past week, there has been a significant decline in the number of new cases, officials said.

Looking back, Reynolds said it’s difficult to determine the precise moment when the San Francisco Bay Area students he chaperoned caught the gastrointestinal bug during a five-day trip to the park that began Jan. 5. The first signs that something was awry began the third night, which included buffet-style meals at a dining hall in Curry Village.

Some of his students wonder if norovirus was lurking in packaged yogurt parfait; in at least one instance, it was sold a week past the sell-by date on its label. Others pointed to scrambled eggs that just didn’t taste right, sliced fruit and red Jell-O scooped out of large plastic bowls with the same ladle and utensils that customers pulled out of containers full of forks and spoons.

The facility’s kitchen also was under construction, and lodgings were, as one 12-year-old said, “filthy, disgusting.”

By the third night, Reynolds said he and another chaperone were the main caregivers.

“We quickly developed a pretty good system of getting sick kids to the restroom and making arrangements to transport some of them home,” he said.

Reynolds’ daughter, 12-year-old Sophie, said the trip home was awful. “Everyone was feeling sick,” she said.

Veli Waller’s sons were among the students sent home early.

Her concerns continued after her children returned to school Thursday. “I couldn’t find important details about the outbreak on the Yosemite National Park web page,” she said, “such as how the norovirus cases were reported, or how many of the reported cases involved children.”

Norovirus, the most common cause of foodborne disease outbreaks, is particularly challenging to control because children may feel healthy even when they’re still contagious.

“I think Aramark should compensate these kids,” said Leslie Edmonds, 51, whose 12-year-old daughter contracted the illness in Yosemite eight days ago, “because their trip of a lifetime was ruined by this illness and crappy food.”

Yosemite, which was established in 1864, is no stranger to high-profile outbreaks of infectious disease.

In 2017, a Santa Monica middle school temporarily canceled classes after nearly 200 students were potentially exposed to norovirus there.

On Monday, as pine trees threw long shadows against banks of snow edging the roads, rangers struggled to keep up with visitors arriving with the question: “What’s the latest on the norovirus?”

But Leslie Rodriguez, 21, a University of California, Davis engineering student, came prepared. Her three-day Yosemite itinerary included “bringing my own groceries—and lots of hand sanitizer—from home in order to avoid restaurants,” she said.