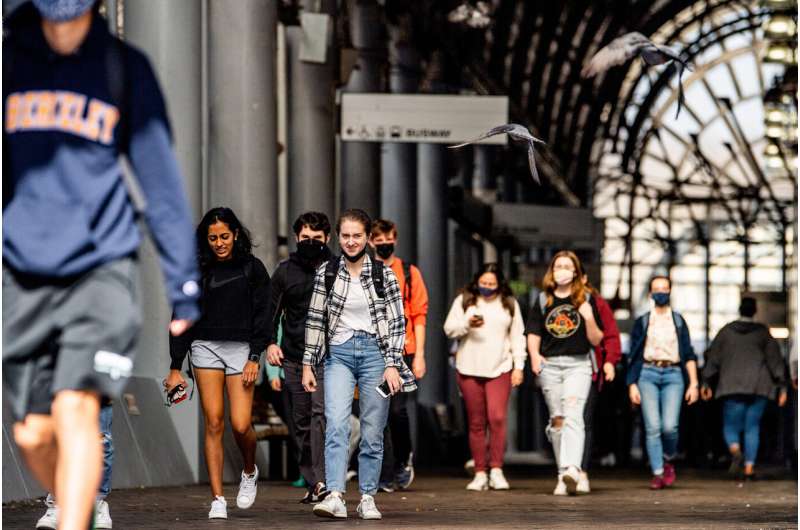 The term has been used by public-health experts to describe how the future of COVID-19 will likely go: The disease will become “endemic.”

“Endemic” is a term that most people are unfamiliar with, and that has caused some confusion. It doesn’t mean that the virus is going to end, or disappear. Rather, we’ll have to keep living with SARS-CoV-2, the coronavirus that causes COVID-19. But it won’t be the unstable pandemic state of the past two years.

To scientists, “endemic” means something particular, says Alessandro Vespignani, director of the Network Science Institute and Sternberg Family Distinguished Professor at Northeastern. Vespignani leads a team of infectious-disease modelers that has been developing a set of projections about the possible futures of the COVID-19 pandemic since the crisis began. “‘Endemic’ has a specific technical meaning in epidemiology. It means that basically you are in a stationary state, with the prevalence of the disease.”

That doesn’t mean that endemic is necessarily a “good” or “bad” thing, he says. “It depends on the level of the prevalence that you set. It might be very high, and then it’s a major problem. Or it might be very low.”

A metric that epidemiologists use, Vespignani says, is called the “reproduction number.” It indicates whether an outbreak is growing, shrinking, or stabilizing.

“Mathematically speaking, when the proportion of people who can get sick balances out the reproduction number of the virus to have a pretty constant number of cases,” he says, then scientists consider a disease “endemic.”

The definition of “endemic,” however, has expanded to include diseases that also exhibit seasonal patterns, like the flu, he says. “What we all hope is that COVID will be one of the respiratory seasonal viruses that makes our lives miserable in the winter, but at the same level of the flu or other viruses. This is what we tolerate as a society.”

Tools like vaccines and treatments are also part of the picture in keeping the prevalence of a disease at a stabilized level, as well as the number of people who have been exposed to the virus over the past two years.

“‘Endemic’ means that this is with us at a level that we can manage or, even better, control,” Vespignani says. “‘Endemic’ doesn’t mean that it’s not a health-care or public-health burden. It means that we need to cope with it in a way that is not the crisis mode that we went through for two years.”

Vaccine access continues to be an issue in many countries worldwide, and as a result, COVID-19 will likely continue to wreak havoc in many places. The disease still may be considered “endemic” sooner than later, however, by definition.