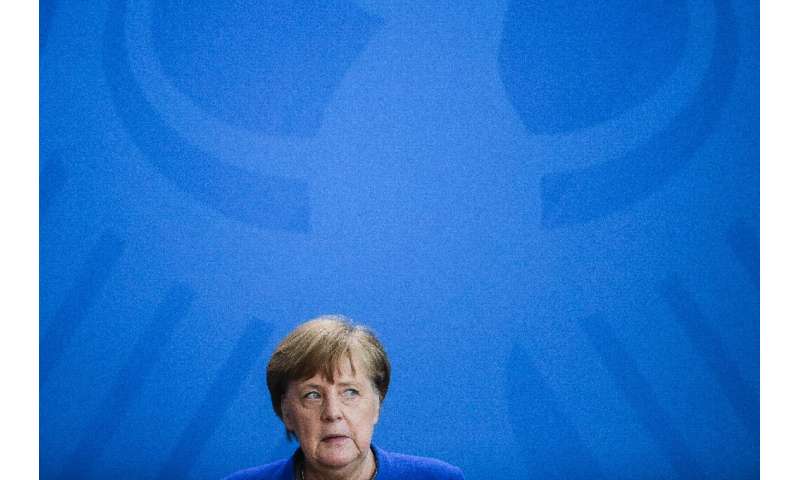 Germany is eyeing an almost complete return to normality in May, with plans to send all pupils back to school and to restart the top-flight football Bundesliga, according to a draft agreement seen by AFP Wednesday.

“Even after initial steps to open up were introduced from April 20, the number of new infections remained low,” the document read, with “no new wave of infection” so far detected—justifying the series of bolder reopening steps.

Schools had already been allowed to open, but only so far to older children.

Likewise, only shops up to a certain size were allowed to do business.

But in the broader easing of stay-at-home measures, Chancellor Angela Merkel’s government will now throw all school gates and all shops open, provided that hygiene measures including on maintaining social distances are kept up.

And the Bundesliga will become the first of Europe’s top five leagues to restart—something that Health Minister Jens Spahn has said could make the competition an “export hit”.

Only the cultural sector would have to wait, as large events are still cancelled until the end of August. Borders also remain closed.

The agreement came just hours before Merkel is due to confer with Germany’s 16 state premiers to take stock of the development of infections since Europe’s biggest economy first took steps to lift some curbs.

With 164,807 confirmed infected cases of coronavirus including 6,996 deaths, Germany has so far been able to prevent scenes of dire overcrowding in its hospitals as seen elsewhere in Europe.

Merkel has however repeatedly urged caution, warning that it would be a “crying shame” to throw away early successes in containing the deadly disease.

The restrictions—but also greater testing capacities—have seen Germany keep its death rate far lower than that of its European neighbours.

Experts have also urged restraint, with the head of the Robert Koch Institute (RKI) for disease control warning of possible second or third waves of the virus hitting the country. 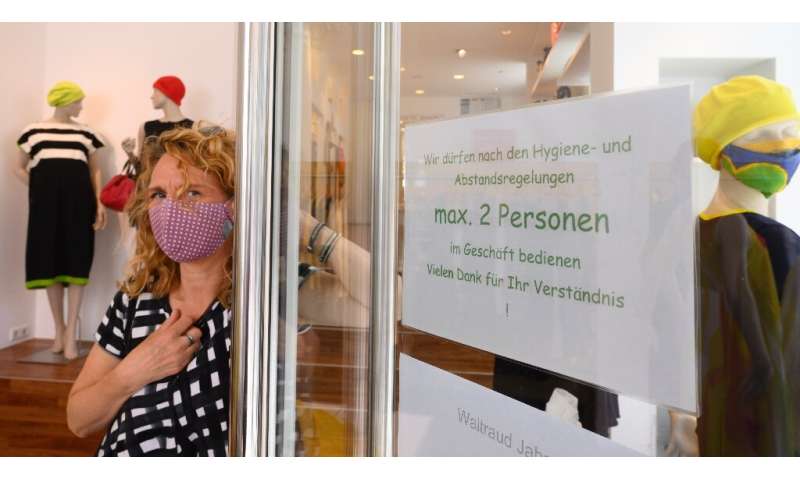 But like elsewhere, Merkel’s government is walking a tightrope between preventing new deadly outbreaks of the virus and containing the already devastating impact of the lockdown measures.

With the economy now in a deep recession and the ranks of jobless swelling, complaints are growing against Merkel’s conservative approach—which won her a rise in support in the early days of the pandemic.

In recent days, many state premiers have brazenly ignored her pleas for caution on easing coronavirus restrictions.

On the eve of her discussions with regional leaders, Germany’s biggest state Bavaria preempted federal measures by announcing that its restaurants would open from May 18 and hotels and guest houses from May 30.

State premier Markus Soeder said “the time has come for a cautious reopening”, pointing to the “success” in containing the spread of the virus.

Lower Saxony, Mecklenburg-Western Pomerania, Saarland and Saxony-Anhalt have also announced their own plans for everything from restaurants to care homes.

North Rhine-Westphalia state premier Armin Laschet, who has criticised Merkel’s firmer stance on restrictions, told public broadcaster ARD in late April that the negative effects of lockdown must be “weighed up”.

He attacked what he said were the pessimistic predictions of some medical experts, pointing out that “40 percent of intensive care beds are empty” in his state.

Demonstrations against the lockdown were held in several German cities last weekend, and a new political movement calling itself Widerstand 2020 (Resistance 2020) claims on its website to have more than 100,000 members.