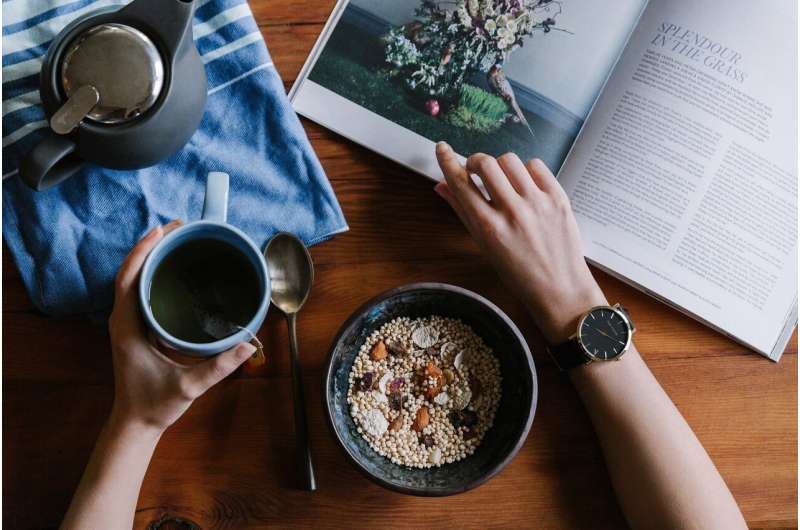 Cereal foods already play a major role in the diet in most countries worldwide, as the main dietary source of energy, carbohydrate, dietary fiber, and plant-based protein. However, currently, less than half of the grains are used for human consumption. Changes in grain consumption and novel cereal protein-enriched food innovations could play a major role in transitioning towards a more sustainable food system for healthy diets, conclude Nordic researchers in a joint review published in Nutrition Reviews.

“Both scientists and public seem to have missed the yet untapped potential that grains can contribute towards a more sustainable food system and a healthier population. Even small changes in dietary patterns could make a large difference both to environment and health and grains could represent one of these possibilities,” says Professor Rikard Landberg from Chalmers University of Technology in Sweden.

Food production is responsible for 26 percent of global greenhouse gas emissions. Increased use of plant-based foods to replace animal-based foods such as meat and dairy is one of the strategies to meet sustainability targets. This includes improving human health, particularly in the Western world.

A joint consortium of researchers within food, nutrition, environment and medicine from Nordic universities and institutes developed a potential scenario to reduce meat intake in Europe and replace it with more sustainable and healthier whole grain-based foods. Which foods shall be used and what are the nutritional consequences and the implications for the environment?

“In our scenario, if 20 percent of the current daily European animal protein intake was to be replaced by plant-based protein, 50 percent could come from cereals. This would mean less than 6 grams more cereal protein daily, corresponding to a serving of 60 grams of grains,” says Senior Adviser Kaisa Poutanen, VTT Technical Research Centre of Finland. The current cereal protein intake would need to be increased by 19 percent. With an average content of 10 percent protein in grains, this would mean an additional need of 15 million tons of grains, which corresponds to 5 percent of the current European grain production.

“Since only one third of the current grain production is used for human consumption, there is a possibility to switch from animal feed production to human consumption if consumers would accept it. Such transition would correspond to an increased consumption of about 60 grams per day—for example, three slices of whole-grain rye bread or a large portion of oatmeal,” says Anna Kårlund, Postdoctoral researcher at University of Eastern Finland.

Whole grains are beneficial to health and a high intake has consistently been associated with reduced risk of developing type 2 diabetes, coronary heart disease and colorectal cancer in observational studies. Whole grains are rich in dietary fiber, vitamins, minerals, and bioactive compounds, but grain protein contains low amounts of the essential amino acid lysine. Therefore, the nutritional composition of the overall diet should be highlighted to ensure an optimal amino acid intake. This can easily be done by increased intake of legumes to complement cereal protein.

Furthermore, a strong future focus from the industry on processing and product design will benefit both society and industry.