A study has found that there may be an association between bacteria in parts of the body and type 2 diabetes. 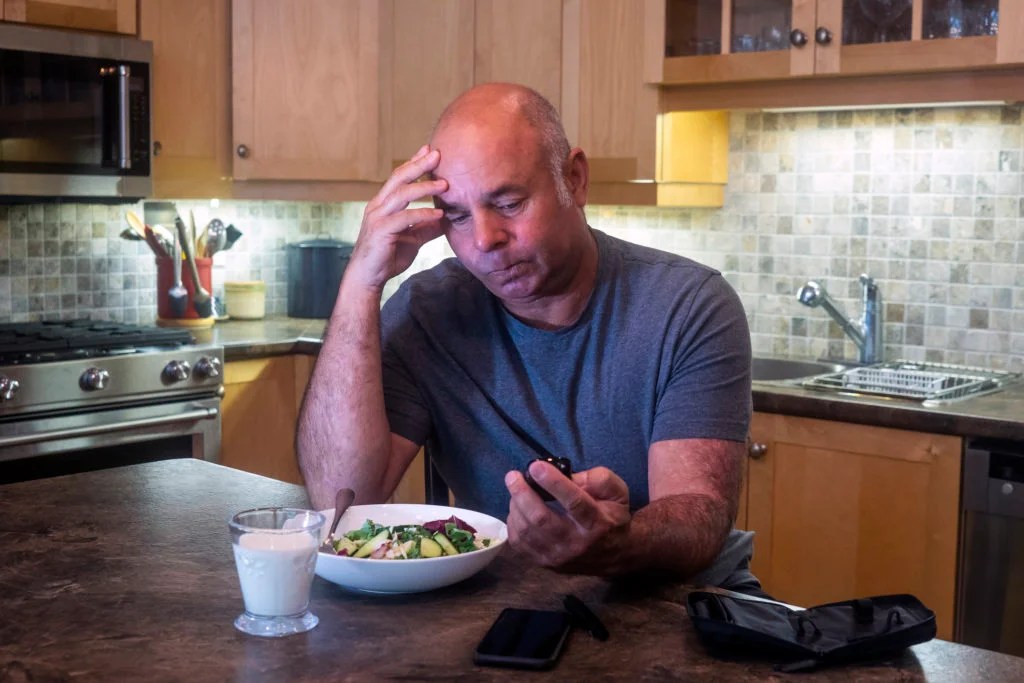 The latest research lays the ground for future work to determine what this relationship may be, how it functions, and in what ways it may help clinicians combat type 2 diabetes and other diseases that show an association with obesity.

The research study appears in the journal Nature Metabolism.

According to the Centers for Disease Control and Prevention (CDC), approximately 1 in 10 people in the United States have diabetes, and of those, around 90% have type 2 diabetes.

When cells do not respond properly to insulin, a person is said to be insulin resistant. As a consequence, their blood sugar continues rising, which can cause damage to various parts of the body.

According to the CDC, there is an association between obesity and type 2 diabetes with people who have obesity being at greater risk of developing the disease.

For their study, the researchers took samples from 40 people who had severe obesity and, as a consequence, were undergoing bariatric surgery.

Half of the participants had type 2 diabetes, while the other half showed signs of insulin resistance but did not yet have diabetes.

The researchers took samples from three abdominal fat deposits, as well as the liver, and were looking to identify which particular type of bacteria resides in these tissues.

They hoped the investigations would allow them to determine a ‘bacterial signature’ for the sample sites of the various individuals.

The researchers found that there was a clear difference in the bacterial signature between people with diabetes and those without.

In particular, they found that the greatest amount of bacteria was in the liver and fatty material connecting the stomach and the colon. Both these areas are important for the regulation of metabolism.

Prof. André Marette, of Université Laval, Canada, lead author of the study, explains, “Our findings suggest that in people suffering from severe obesity, bacteria or fragments of bacteria are associated with the development of type 2 diabetes.”

The study authors suspect that the bacteria they found in the tissue of those individuals with diabetes came from their intestines.

The intestine is more permeable than other parts of a person’s body, and, according to a review in the journal Nutrition Research, may become more permeable if a person has obesity.

As Prof. Marette notes, “We know that the intestinal barrier is more permeable in [patients with obesity].”

“Our hypothesis is that living bacteria and bacterial fragments cross this barrier and set off an inflammatory process that ultimately prevents insulin from doing its job, which is to regulate blood glucose levels by acting on metabolic tissues.”

While the study’s findings are tentative, they help make clear some areas of research that may be productive going forward.

The researchers have recently been awarded a $2 million grant from the Canadian Institutes of Health Research to further develop their findings.

This next research will focus on understanding the relationship between gut bacteria, diabetes, and obesity, with the possibility of determining if some bacteria may be helpful in combating diabetes.

“Our next objective is to determine if the bacteria found in the liver and fat deposits of people [living with] severe obesity are also present in those [with] overweight or moderately obese,” commented Prof. Marette.

He concluded, “If so, they might lead us to a new family of probiotic bacteria or a source of bacteria-based treatments to help fight diabetes.”