First comes love, then comes marriage — then comes inappropriate, unsolicited queries regarding when you plan to have babies from everyone you’ve ever met, whether or not you actually plan, can or want to have babies.

Fortunately, I’m used to it (though that doesn’t make it okay). My half Mexican, half Jewish family has never been shy about wanting me to procreate, and I know it’s expected: My grandpa requested great-grandkids in his speech at my engagement party, and my parents made bets on my (non-existent) first born’s zodiac sign the night before my wedding. And now, having been married for nearly two years, it’s escalated: Any time I have good news I must first clarify that “no, I’m not pregnant,” otherwise, it’s assumed. And that’s not just with family: Friends and distant acquaintances, too. It seems that nursery rhyme really got the best of us.

Hence my confusion at people’s reactions when I shared I was ready to start trying. Rather than being met with the excitement I’d anticipated considering the consistent pregnancy questioning I’d received up until that point, I instead received immediate criticism: “You have to lose weight, or else you’ll get gestational diabetes.” No “congratulations,” just: You’re too fat.

When the conversation ended, I cried, putting off pregnancy indefinitely. And now, no lighter than I was then, I bypass inevitable pregnancy probing by promptly pointing out the time. That doesn’t stop the unsolicited commentary though.

While disappointing, it’s no surprise that fatphobia runs especially rampant in regards to pregnant (or soon to be) bodies — so much so that it’s essentially universal. Diet culture perpetuates the myth that thinner is healthier and therefore better as is, while society is subsequently preoccupied with supervising pregnancy— see the unnecessarily infinite arguments on abortion. Together, these toxic mentalities have birthed a cultural monster: The perpetual policing of pregnant bodies.

Whether it’s in good faith or not however — as I believe the body shame I regularly receive is (“I’m just worried about your health!”), it’s bad form regardless, and, despite what many may think, one’s weight does not necessarily impact their chances of complications like gestational diabetes like I’ve been so confidently told.

“Gestational diabetes is influenced by a variety of factors, including things that are completely outside a woman’s control, like genetic make-up,” Crystal Karges, MS, RDN, a registered dietician and maternal health/child feeding specialist, tells SheKnows. “The damaging rhetoric that links women who are at higher-weights to gestational diabetes is based on limited and biased evidence, which only amplifies the stigma and disparity larger-bodied women are facing in the prenatal health care system.“

As for whether or not being overweight can actually lead to an unsafe pregnancy: According to Karges, it’s not much the weight that’s dangerous — it’s the stigma and subsequent discrimination one faces pursuing prenatal healthcare. “Studies have found that women in larger bodies may be at a disadvantage in regards to perceived quality of their maternity care in comparison to women within a ‘normal’ weight range. Women with a higher BMI were more likely to report negative experiences of care during pregnancy and after birth compared to lower weight women. Discrimination against higher-weight women is a known risk factor for problematic health issues that typically get blamed on weight.”

At least such was the case for Kate, who was told she was “medically obese” when she was pregnant. “My first OB/GYN threatened me with all the scary words like ‘induce,’ ‘episiotomy’ and ‘C-section,’’’ she says. “But I wanted to have as natural a labor as possible, with modern medical amenities, so I went to a midwife. Except they were just as bad, constantly asking if I’d had a ‘big week’ if I gained weight. I think they saw my weight as a sign of weakness or laziness and an indicator that I’d have a hard labor. Everyone made assumptions based on my weight.”

Kate ended up pushing her now two-year-old daughter out in thirty minutes. “I was so proud of my body in that moment, and was like, see?!”

Jasmine experienced unnecessary body-shame, too. “My midwife was obsessed with my weight and what I ate. [There were] so many comments on my body — about how much weight I was or wasn’t gaining, even after asking people to not make comments about my body during my pregnancy! It was never ending. I truly felt like my body was not mine and I had no say over it while pregnant.”

Dozens of other women reached out and shared nearly identical experiences to Kate and Jasmine, all having experienced unwarranted commentary and/or body shaming  throughout their pregnancies. Said comments came from friends, family and doctors — and sometimes, even coworkers and strangers! Like for Maria, who had a customer she’d never met before say “not to gain too much weight or else [she’ll] get stretch marks [she] can’t lose.”

Leslie also experienced body shame at work, with one coworker constantly pestering her regarding how much she ate while pregnant. “She would always say that I didn’t look pregnant yet, just fat,” she said. “And point out how swollen my feet were, that I looked tired and over it, and that I couldn’t be having a girl because I wasn’t glowing and looked miserable.” (She did, in fact, have a girl.)

Unsolicited remarks don’t always revolve around being too big, though — because apparently, amid pregnancy, it’s hard to get anything right. “Everyone was always commenting on how small I was,” Chris says. “It stressed me beyond belief…Now, every time I see a pregnant woman I tell her ‘Wow, you look just perfect!’”

And, of course, there are people like me: Not pregnant yet, but still experiencing body policing simply because I might be in the future. It’s as though culturally, people are so obsessed with pregnant bodies that they try to control them before they even exist.

So really, what’s the deal with y’all and pregnant bodies?

It can’t be a coincidence that mainstream media depicts pregnancy as something uncontrollable and therefore dangerous — so much so it has evolved into a trope over time. Consider Rosemary’s Baby, perhaps the most infamous portrayal of pregnancy on film, in which a pregnant body is used as a container of evil — a vehicle bearing  an abnormal creature (Satan) into a world in which it does not belong. Clearly, the concept resonated, and has gone on to be recreated in countless films, TV shows and books: American Horror Story: Murder House (season one), in which a woman is unknowingly impregnated with a demon that ultimately kills her; The Fly, which features a vivid scene of a human woman birthing a massive maggot — and even an episode of Star Trek, to name a few. Young Adult fiction is plagued by the phenomenon too: In the final book of the Twilight series, the protagonist is destroyed from the inside out by the hybrid-human-vampire she is carrying (after having sex for the first time, only once), is forced to drink blood to keep herself and her future baby alive. (I won’t even get started on the animatronic puppet and ultimate CGI they designed for said baby in the movies.)

“Hyper-focusing on weight during pregnancy is a surefire way to increase risk of negative outcomes, including poor psychological functioning, low self-esteem, poor body image and increased risk for eating disorders,” Karges explains. “It’s important to focus on the big picture and support women in engaging in healthful behaviors that aren’t focused on manipulating body size.”

Some of these helpful and healthful behaviors include practicing intuitive eating, getting adequate and restful sleep, gentle movement, and engaging in productive stress management techniques, like meditation.

“Women are already at increased risk for physical and mental health challenges during pregnancy and postpartum,” Karges adds. “Promoting dieting and weight loss tactics during this time are not conducive to supporting mental and physical well-being.”

So maybe, next time you come across a pregnant person, don’t comment on how they look (unless it’s to say that it’s perfect).

And pregnant people: Next time someone rudely remarks on your figure, please feel free to disregard them — and show them this article.

Want to pamper your skin without worrying about ingredients that’ll affect you or baby while pregnant? Here’s some safe, soothing options to keep your face and body happy: 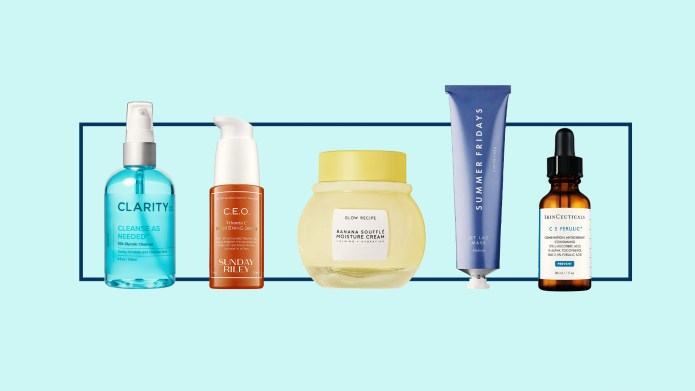 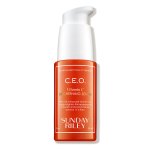 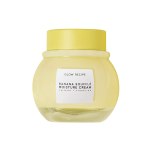 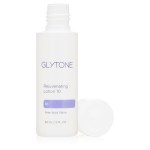 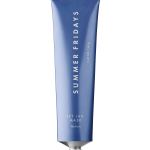