As Kerry Washington said in her tribute during the 2021 Emmys, Michael K. Williams "wouldn't have missed this." The star of The Wire and Boardwalk Empire, who died September 6, will be especially missed tonight. He was nominated for his role in Lovecraft Country.

In a touching nod to her co-star, Lovecraft's Jurnee Smollett accessorized her updo with a pin that read "MKW." Hair stylist Nikki Nelms posted a video of Smollett's full glam, and honed in on its finishing touch. 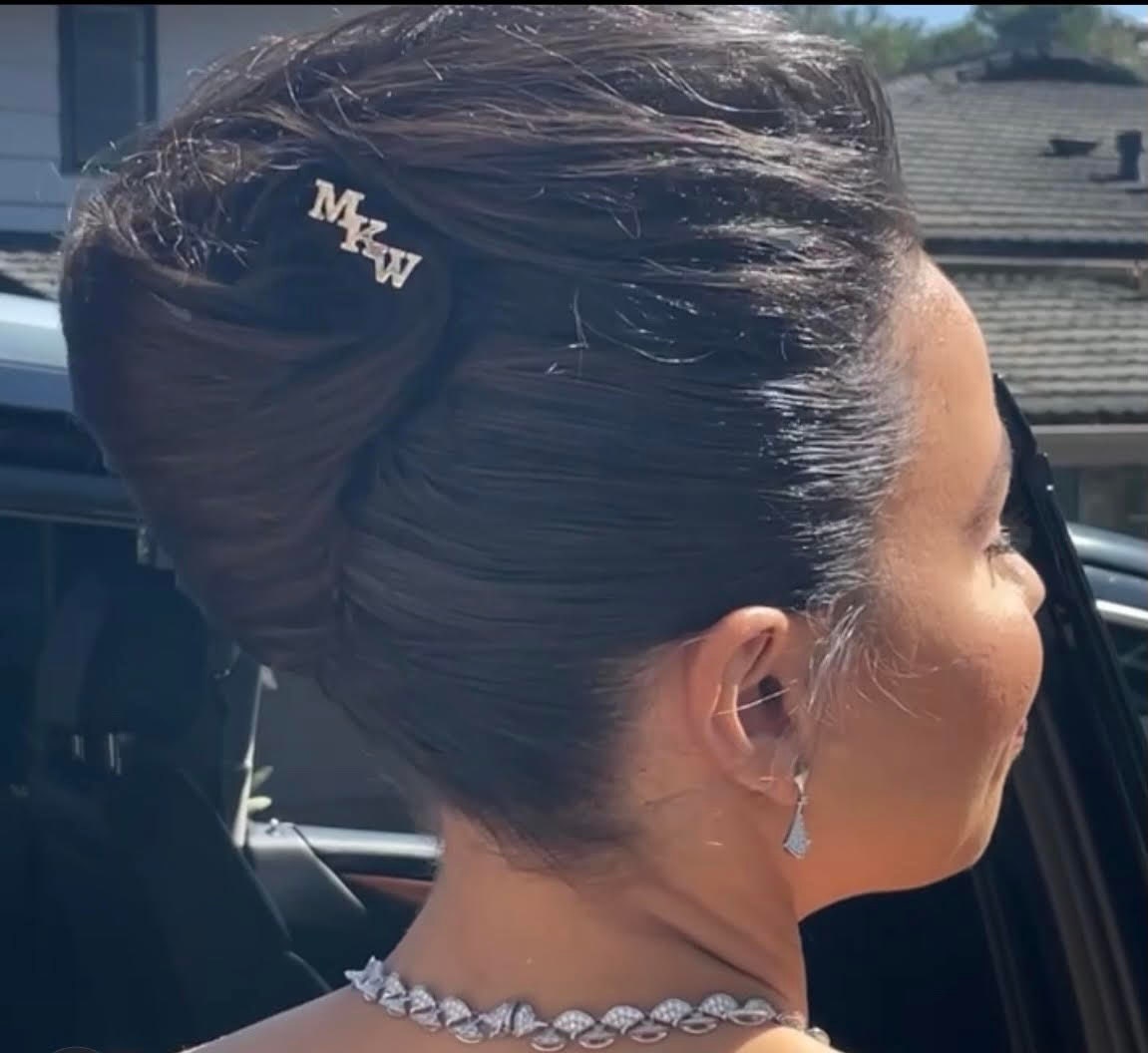 "[Smollett's] chic updo is light and airy at the top, which is reflective of the volume in the Dior dress," Nelms said in a statement sent to Allure. "We paired the look with a bold lip. I collaborated with the Emmy Nominee and decided hair up was the way to go. We also added a commemorative ‘MKW’ pin for the memory of Michael K. Williams, which I added to the twist in the back."

In her own statement last week, Smollett honored her friend and colleague. "Our souls tied," she wrote on Instagram. "We joked that we had a trans-physical connection. I can hear your voice now giving me another pep talk."