At a public memorial service in Los Angeles on Monday, basketball legend Kobe Bryant was remembered for so much more than his skills on the court. The father of four was praised for his intense devotion to his daughters, Gianna, Natalia, Bianka, and Capri.

"Kobe was the MVP of girl dads— or MVD," Bryant's wife, Vanessa, said in her eulogy on Monday. "He always told the girls how beautiful and smart they are. He taught them how to be brave and how to keep pushing forward when things get tough."

Bryant himself often talked about how much he enjoyed being a dad to his daughters and said in an interview last year that he'd "rather be with them than doing anything else."

But those types of endearing comments were common for Bryant. Keep reading to learn more about how much the basketball star loved being a father.

On being a father to 4 girls 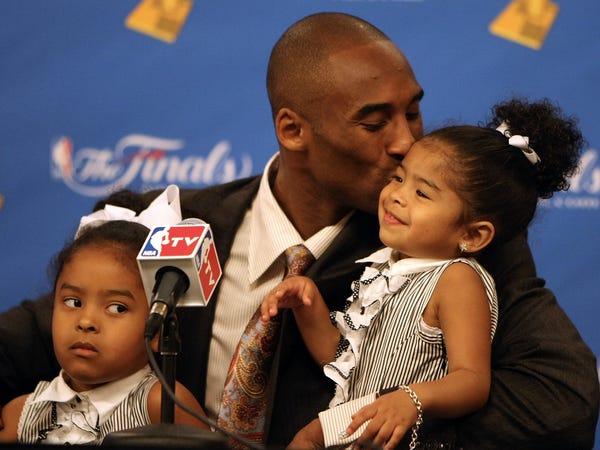 "Be thankful that you've been given that gift because girls are amazing," Bryant told ESPN reporter Elle Duncan in 2018, who was expecting a baby girl at the time. "I would have five more girls if I could. I'm a girl dad." 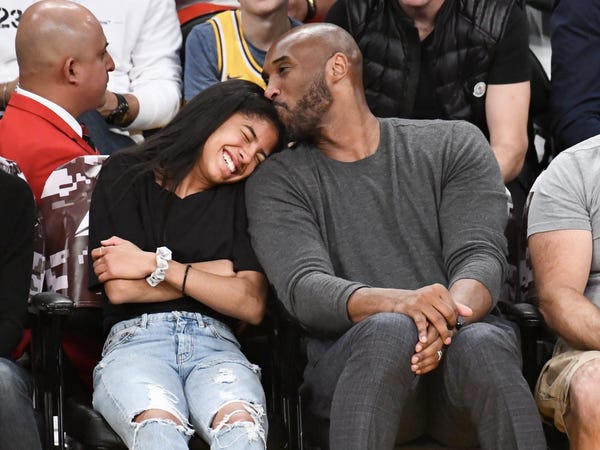 "She's a monster," Bryant told Duncan during that same conversation in 2018. "She's a beast. She's better than I was at her age. She's got it."

On the traits that made daughter Gianna a basketball star 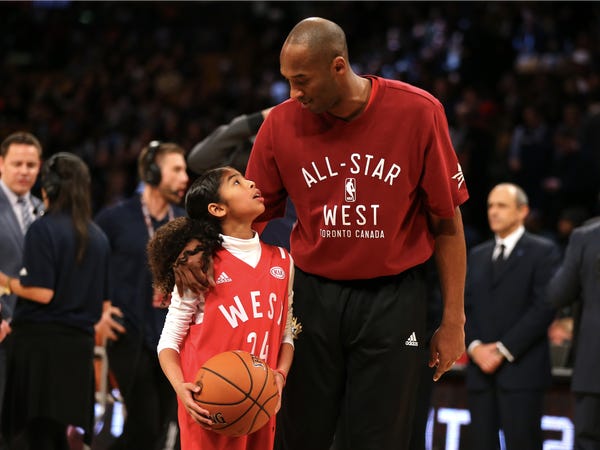 "What I love about Gigi is her curiosity about the game," Bryant said in an interview with the Los Angeles Times last year. "She's very curious. Even in a heated situation in a game where it's going back and forth, she can detach herself and come to me and ask a very specific question, which is not common."

On building his schedule around his daughters 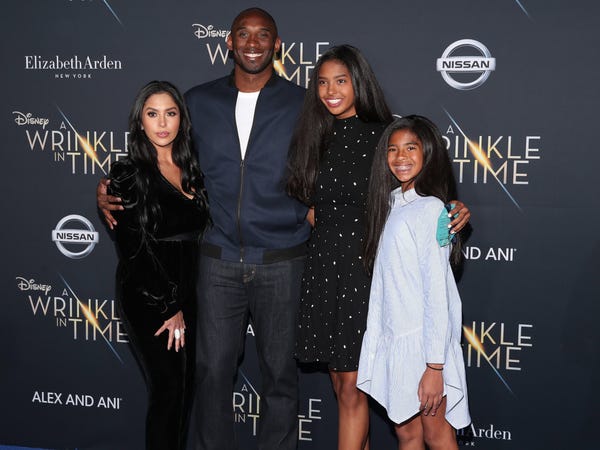 "I want to make sure the days that I'm away from them are days that I absolutely have to be," Bryant told the Los Angeles Times last year of how he prioritized time with his children. "I'd rather be with them than doing anything else." '

On traveling by helicopter so he could have more family time

"I was sitting in traffic and wound up missing the school play," Bryant said during a 2018 interview with "Barstool Sports."

"I had to figure out a way where I could still train and focus on the craft, but still not compromise family time," Bryant said. "That's when I looked into helicopters to be able to get down and back in 15 minutes."

On the value of family time 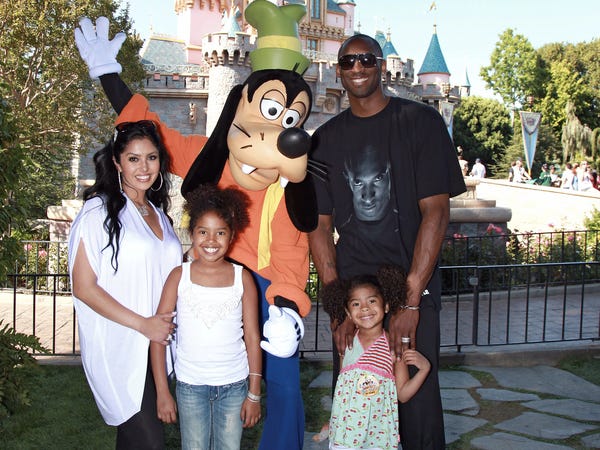 "I can be an absolute teddy bear when I'm at home with my family," the athlete told the podcast "All the Smoke" in January, "with my kids enjoying that family time,

On being a role model for children 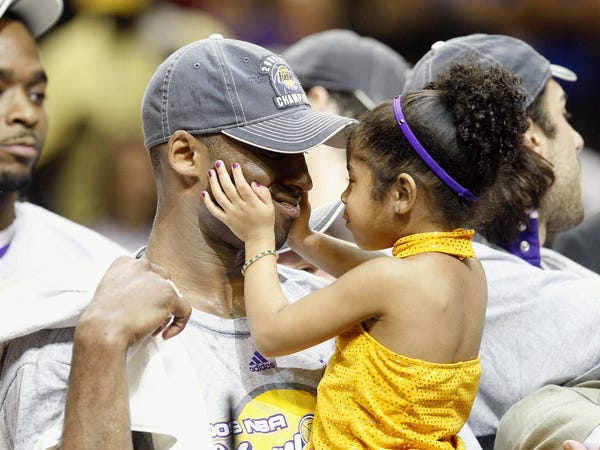 "You got to do what you love to do," Bryant told USA Today in January. "I love telling stories. I love inspiring kids or providing them with tools that are going to help them."

"Every year, we go and watch 'The Nutcracker,' Bryant said of his family's holiday traditions in an interview with Entertainment Tonight in 2018. "We try to make a gingerbread house, but my wife and the kids do a much, much better job than I do! I'll put it that way."

On raising his daughters to work hard 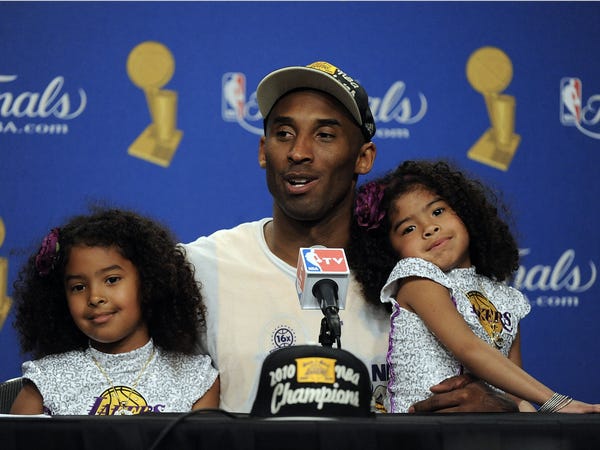 "We try to teach the kids what excellence looks like," Bryant told late-night host Jimmy Kimmel in 2018. "We try to give them a foundation of the amount of work that it takes to be excellent."

On the joy of having only girls

Happy Mother’s Day @vanessabryant we love you and thank you for all that you do for our family. You are the foundation of all that we hold dear. I love you #mybaby #lioness #mamabear #queenmamba

"I love having girls," the NBA legend told Ellen DeGeneres in an interview last year when his wife, Vanessa, was pregnant with their fourth daughter. "I'm super, super excited about that. [Vanessa] is as well. She wanted a boy so he can be mama's boy forever — that sort of thing. We'll see if I can deliver."