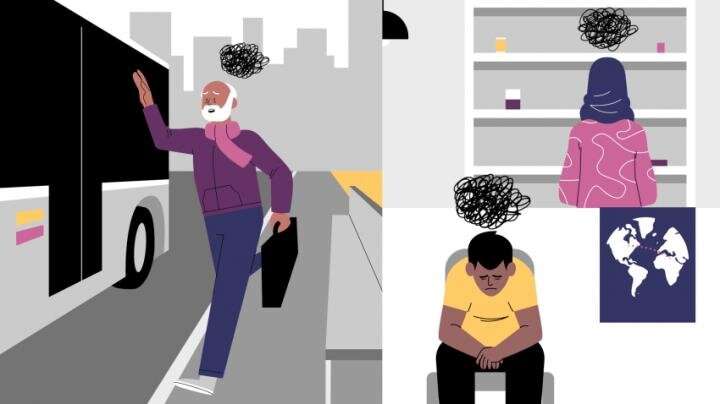 Within southeast Michigan’s Middle Eastern and North African community, those who worry about deportation or believe they’ve been treated unfairly are likely to face more adverse conditions associated with poor health, including food insecurity and financial distress.

The MENA people who face several of these barriers are also more likely to report chronic illness and mental health issues as well as worse overall health.

“There are numerous health disparities for the MENA community that are not that different from other racial and ethnic groups where we’re trying to close the gap,” says Minal R. Patel, Ph.D., M.P.H., an associate professor of health behavior and health education at the U-M School of Public Health and a member of the Rogel Cancer Center. “The data show us that this is an important population where we should be focusing our efforts to address health needs.”

This is the latest in a series of papers based on data from an extensive survey designed to better understand the population within one of the geographic areas the Rogel Cancer Center aims to serve. The researchers paid special attention to MENA people because metro Detroit is home to one of the United States’ largest MENA communities, with about 210,000 residents hailing from Lebanon, Egypt, Syria, Iraq, Yemen and other Arab countries.

Previous state surveys had revealed significant health disparities for the MENA population, similar to what Michigan’s African-American and Hispanic groups experience. However, Patel and her research team knew more specific data was needed to determine MENA people’s unmet health needs as well as the impact that discrimination has on their health.

Through questionnaires distributed in community venues—including grocery stores, mosques, and health care clinics—to about 400 people who identified as MENA, researchers found that almost 60% of respondents felt they had experienced discrimination. Close to half did not believe the government was trying to improve life for Arab-Americans. Although fewer people worried about deportation or thought they had been treated unfairly, those who did often faced more adverse conditions associated with poor health, such as food insecurity.

More unmet health needs were also found among people who were not born in the United States (58% of the study’s sample); who had lived in America for fewer years; who spoke Arabic at home; and who were from Egypt, Syria, or Yemen—countries with unstable political environments and high poverty rates.

Public health researchers and media outlets alike have previously called attention to the physical and mental toll of immigration-related concerns on Latino immigrants. Patel says this data illustrates how the MENA people fit into that discussion.

“We were able to highlight that even though we don’t share a border with a Middle Eastern country, we still have a sizeable population right next door to us that have concerns about immigration,” Patel says. “This is another community where we can bring in that national conversation and think about how it is specifically impacting health.”

Among risk factors that limit optimal health in the MENA population, transportation issues for health care visits, food insecurity, and financial strain were the most common, followed by unemployment and unstable housing.

Patel said she was surprised at the prevalence of food insecurity in particular given the number of grocery stores and restaurants in areas with large concentrations of the MENA population.

“When you drive through Dearborn, where much of the survey took place, it doesn’t look like the makeup of your typical food desert,” Patel says. “So we need to unpack that. Food insecurity is multidimensional, and the availability of food is only one component.”