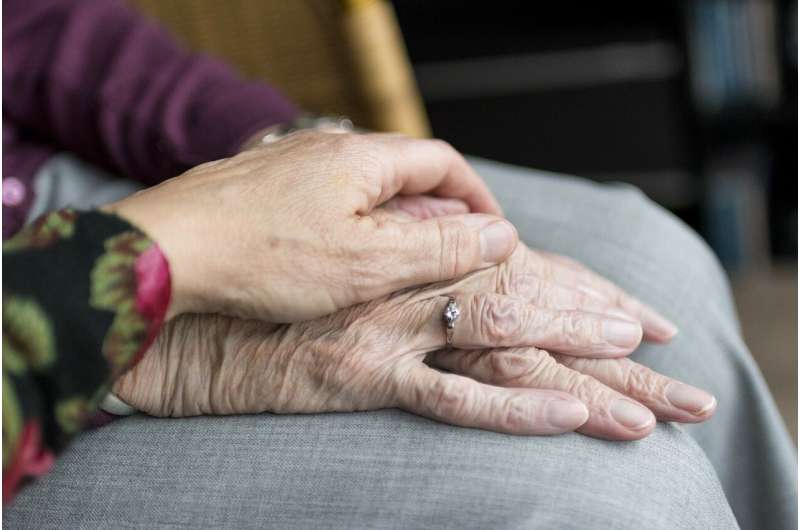 A study by researchers at the Federal University of São Carlos (UFSCar) in Brazil and University College London (UCL) in the United Kingdom shows that a combination of anemia and weak muscles in older people heightens the risk of death in ten years by 64% for men and by 117% for women.

Anemia alone increases the risk of dying by 58% in men. For women, dynapenia (loss of muscle strength) is a more important risk factor on its own, increasing the risk of death by 68%. The two conditions together pose an even greater risk, especially for elderly women, according to an article on the study published in Archives of Gerontology and Geriatrics.

“In the case of women, the risk of dying is doubled when the two conditions are combined. That’s a very significant increase, and so these factors should be monitored clinically. When patients go to the doctor, the cause of any anemia should be identified quickly and treated. It’s also important to discover the reason for any muscular weakness and prescribe resistance exercise,” said Mariane Marques Luiz, a Ph.D. candidate in physiotherapy at UFSCar and first author of the article on the study, which was supported by FAPESP.

The researchers analyzed data for 5,310 English people aged 50 and over who were followed for ten years by the English Longitudinal Study of Aging (ELSA). According to Marques Luiz, the analysis took into account the fact that overall mortality risk was higher for participants with anemia and dynapenia independently of factors such as age, marital status, smoking, level of physical activity, memory performance, difficulties with instrumental activities of daily living (IADL), heart disease, lung disease and cancer.

A total of 984 deaths were recorded among the study samples during the ten-year follow-up period. Of those who died, 63.7% had neither anemia nor dynapenia, 22.8% had dynapenia, 7,5% had anemia, and 6% had both.

Previous studies showed that anemia is a risk factor for reduced muscular strength because oxygen is captured by iron in red blood cells and less oxygen reaches the body’s tissues in a person with anemia. Muscles are weakened by impaired oxygenation.

The problem of poor oxygenation is what scientists call hypoxia, which affects not just muscles but all the body’s organs and systems. “Hypoxia can cause a number of alterations in the organism, such as peripheral arterial vasodilation and reduced capillary formation. It can also trigger myocardial dysfunction and inadequately activate the [renin-angiotensin-aldosterone] hormone system that controls blood pressure, among other things,” said Tiago da Silva Alexandre, a professor of gerontology at UFSCar and corresponding author of the article.

All these consequences of hypoxia heighten the risk of cardiovascular disease and overall mortality. “When older people have anemia, they’re more likely to have dynapenia, and when they have both conditions together, the problem is even more complex, because in addition to the hemoglobin and iron deficiency [characteristic of iron-deficiency anemia], low production of red blood cells and iron has an adverse effect on the musculoskeletal system,” Alexandre said.

In addition to investigating the combined impact of anemia and dynapenia on the risk of death in older people, the researchers also set out to see if the impact was different in men and women. The results showed that both conditions were more frequent in women, and the combination was even more dangerous for them than for men.

“First of all, there’s a mathematical question. Anemia is slightly more prevalent in women than men. It’s worth noting that the cutoff points to define anemia in each sex are different,” Alexandre said.

However, women appear to be more likely to suffer the impact of anemia on the skeletal muscles. “This difference may occur because men generally have more muscle mass than women, so that when men have anemia, the musculoskeletal system is less affected. That’s only one of the possible explanations,” he said.

Dynapenia alone was a mortality risk for women, but anemia alone was not, he added. “Women typically lose muscle mass as they age, and it may be the case that anemia adds to this loss,” he said.