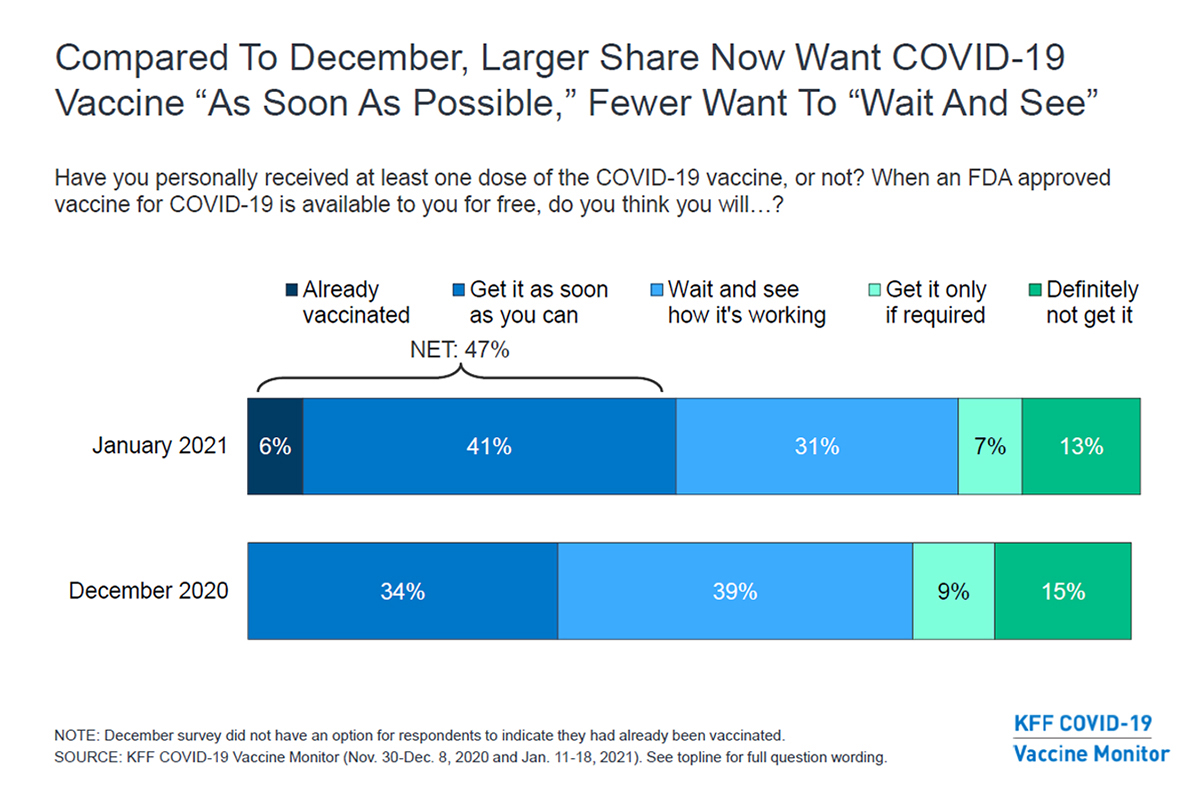 Americans’ reluctance to get vaccinated for covid-19 is waning, according to a poll released Wednesday.

Nearly half of adults surveyed in January said they have either already been vaccinated or want the vaccine as soon as they can, up from about a third of adults polled in December, according to the latest KFF survey. (KHN is an editorially independent program of KFF.)

Nearly half (47%) of adults said they have personally received at least one vaccine dose or know someone who has. People posting their vaccination status on social networks such as Facebook and Twitter has helped spread the word.

Racial, ethnic and economic disparities continue, however. White adults (51%) are more likely than Black (38%) or Hispanic (37%) respondents to have either been vaccinated or know someone who has, and those with annual household incomes of at least $90,000 are almost twice as likely as those with incomes under $40,000 to say so (64% vs. 34%). (Hispanics can represent any race or combination of races.)

The poll also found about 1 in 3 health care workers planned to wait to see how the vaccine is working or would get it only if required to.

The percentage of people who said they want the vaccine immediately is up among the racial and ethnic groups surveyed, although white (53%) adults remained more likely to say so than Black (35%) and Hispanic (42%) adults. Black (43%) and Hispanic (37%) adults were more likely than white adults (26%) to say they want to “wait and see” before getting vaccinated, according to the poll.

Republicans remained the least enthusiastic political group, with 32% saying they have already been vaccinated or want the vaccine as soon as they can, 33% saying they want to wait and see how it works for others, and 25% saying they will definitely not get the vaccine.