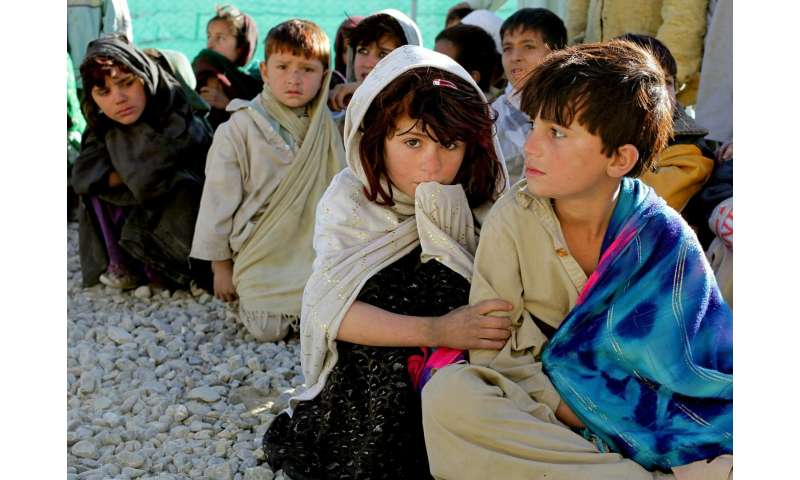 The majority of children in England are very happy with their lives, but a significant number are living in poverty and deeply unhappy, a major survey reveals.

Led by the University of York and the Children’s Society, and supported by the Jacobs Foundation, the study surveyed a nationally representative sample of more than 700 children in England aged between 10 and 11.

The findings suggest that while the majority of children in England are relatively satisfied with their lives (54% reported often feeling extremely happy), children living in poverty score their well-being 10% lower on average than their more affluent peers.

While only a small proportion of children (4%) reported being extremely unhappy, this still amounts to a relatively high number of children, the authors of the study warn.

Co-lead author of the study, Gwyther Rees from the Department of Social Policy and Social Work at the University of York, said: “Child poverty in England and the rest of the UK is rising rapidly, with more than four million children living in poverty today. Our report highlights the deep and far reaching impact of poverty on children’s lives and experiences. The work we have done during the last decade with The Children’s Society has focused on measuring poverty at the child level through experience of deprivations rather than the more traditional approach based on household income. We have found that this is a more powerful tool to understand the impact of poverty on child well-being. It seems with the COVID crisis that the issue of children lacking access to things such as computers, internet access and home learning materials has come to the fore. It is likely to exacerbate educational inequalities. While only a small proportion of children are relatively unhappy, this still amounts to a substantial number of individuals. We know from other research we have conducted with children in England that low well-being is not just a temporary state and that many of these children will be unhappy with their lives for extended periods of time.”

Co-lead author of the study, Professor Jonathan Bradshaw from the Department of Social Policy and Social Work at the University of York, added: “The results of our study add to a growing body of evidence which demonstrates the urgent need to tackle child poverty. With no measures to help families with children in the Government’s COVID support package, we fear that children are going to be the main victims of the crisis in the months and years to come.”

Sam Royston, Director of Policy and Research at The Children’s Society, said: “Every day, we work with children who live in poverty and are exposed to risks that can harm their well-being, including debt, poor housing, and missing out on essentials like regular meals and new clothes. Millions of children across the country already live in poverty, and without considerable further action from the Government, many more could face extreme hardship as a result of the Coronavirus crisis. To protect children in the coming years, we want to see a £10 a week increase in children’s benefits, better access to emergency financial support, an end to the benefit cap and two-child limit, and for advance payments under Universal Credit to be offered as grants not loans to mitigate the impact of the five-week wait. We also want to see the No Recourse to Public Funds condition suspended for those families unable to access the mainstream benefits system because of their immigration status.”