Seeing blue! Emma Roberts confirmed she is pregnant and revealed the sex of her first child with her boyfriend, Garrett Hedlund.

“Me…and my two favorite guys,” the actress, 29, wrote via Instagram on Sunday, August 30.

In the social media upload, Roberts included three photos of herself sitting in a breakfast nook. In the first, she cradled her baby bump in a white, off-the-shoulder Sleeper dress. Hedlund, 35, joined her for the other two pictures, wrapping his arm around the mom-to-be’s back while wearing a yellow cardigan, a white T-shirt, skinny jeans and boots. 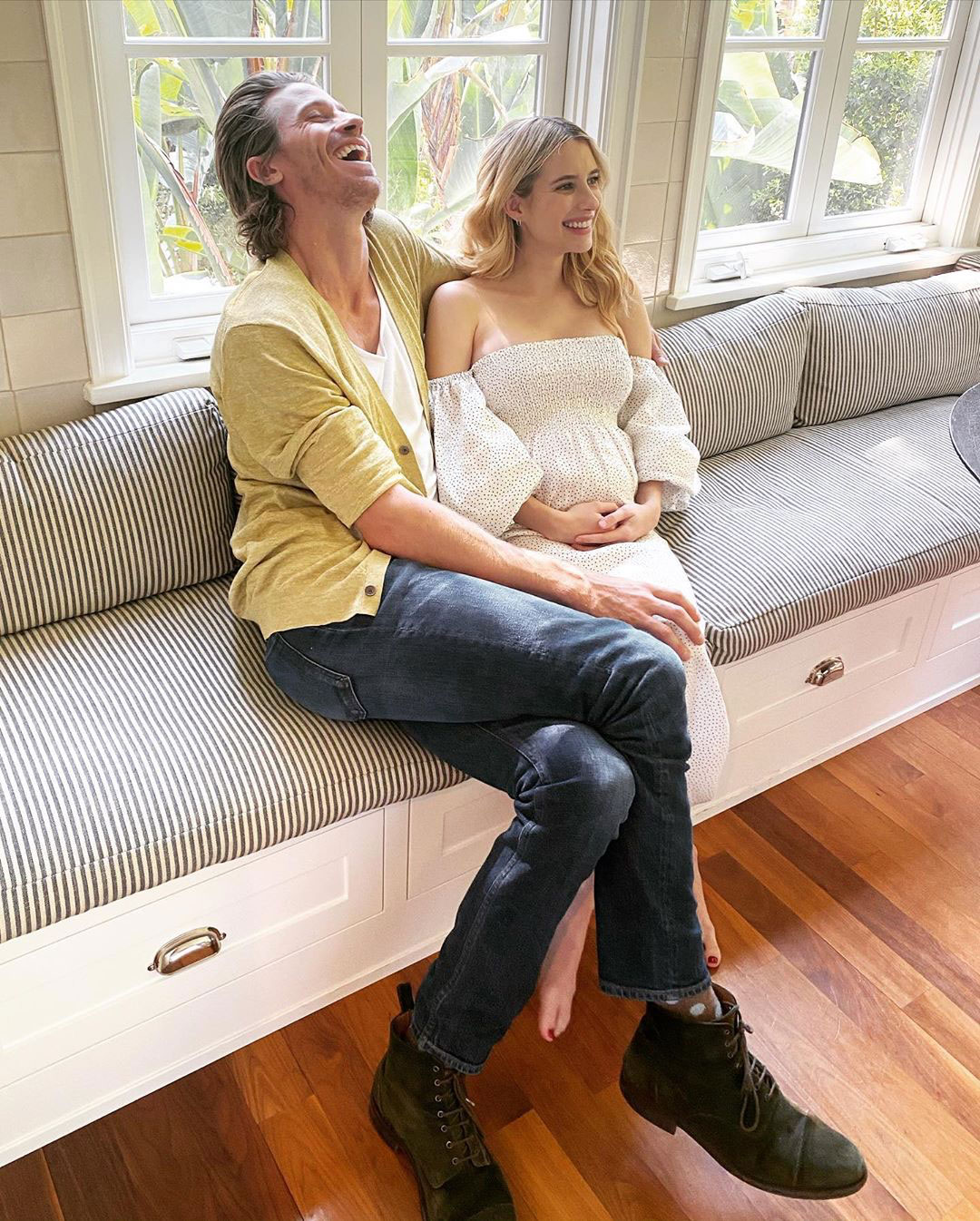 The couple’s celebrity friends joined them in celebrating the news in the comments section of the Unfabulous alum’s post. Her aunt Julia Roberts commented, “Love you” with a kiss emoji. Emma’s former Scream Queens costar Lea Michele, who welcomed son Ever with husband Zandy Reich on August 20, commented, “You will be the greatest mama. I love you Em! Boy moms together.” Her American Horror Story castmate Sarah Paulson, meanwhile, wrote, “Beauty beauty.”

Us Weekly exclusively revealed on June 25 that Emma and Hedlund are expecting. Her mother, Kelly Cunningham, confirmed the news hours later, writing in an Instagram comment, “Very excited.” 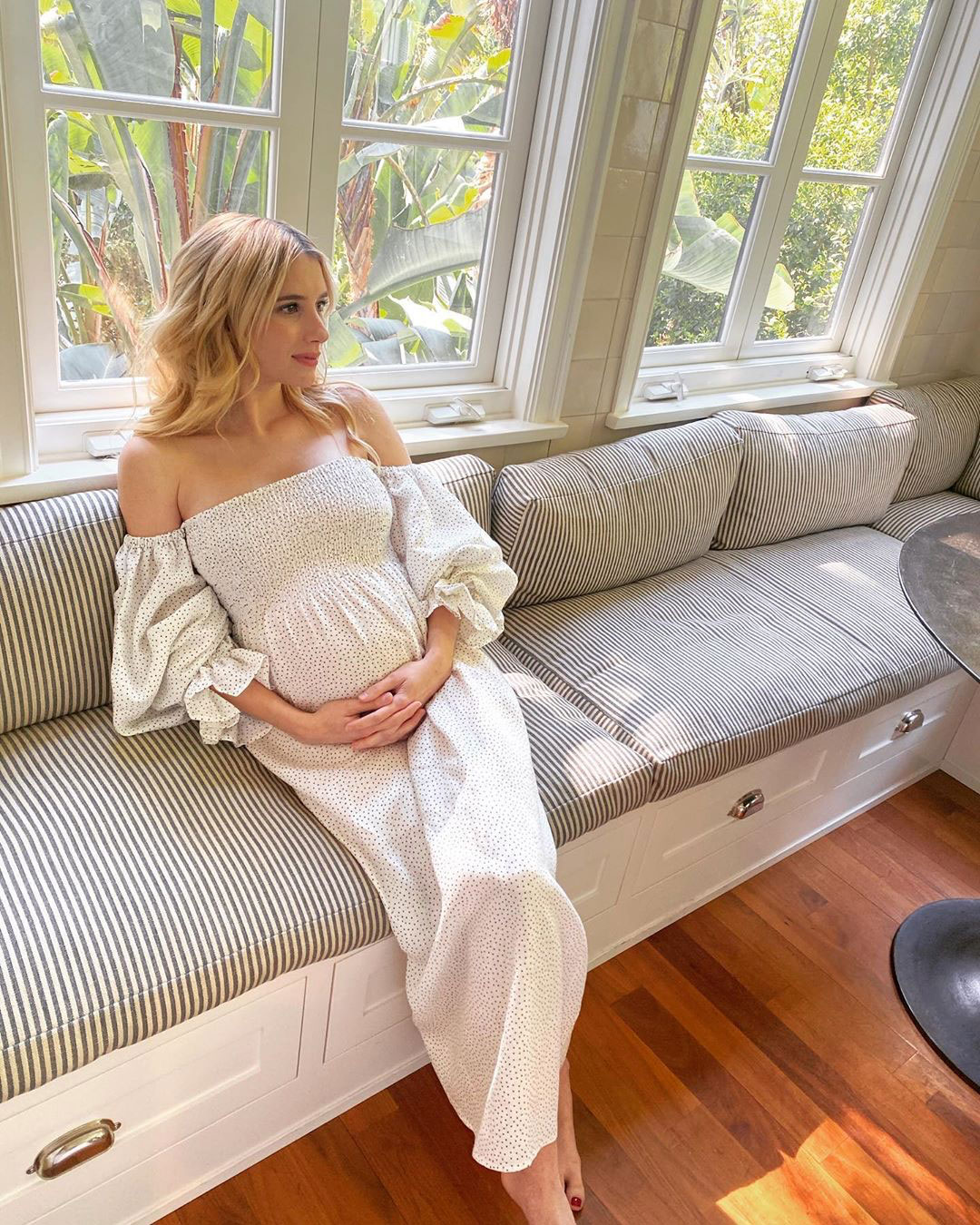 A source exclusively told Us that the couple, who were first linked in March 2019, were “surprised, shocked and happy” when they found out that they are going to be parents. A second insider added at the time, “They know the sex of the baby but are keeping it private for now. They haven’t picked out any names yet.”

Emma began seeing the Friday Night Lights star shortly after her split from longtime love Evan Peters. The former couple, who met on the set of the movie Adult World, started dating in 2012, got engaged in 2013 and took months-long breaks in their relationship in 2015 and 2016 before calling it quits for good in 2019. 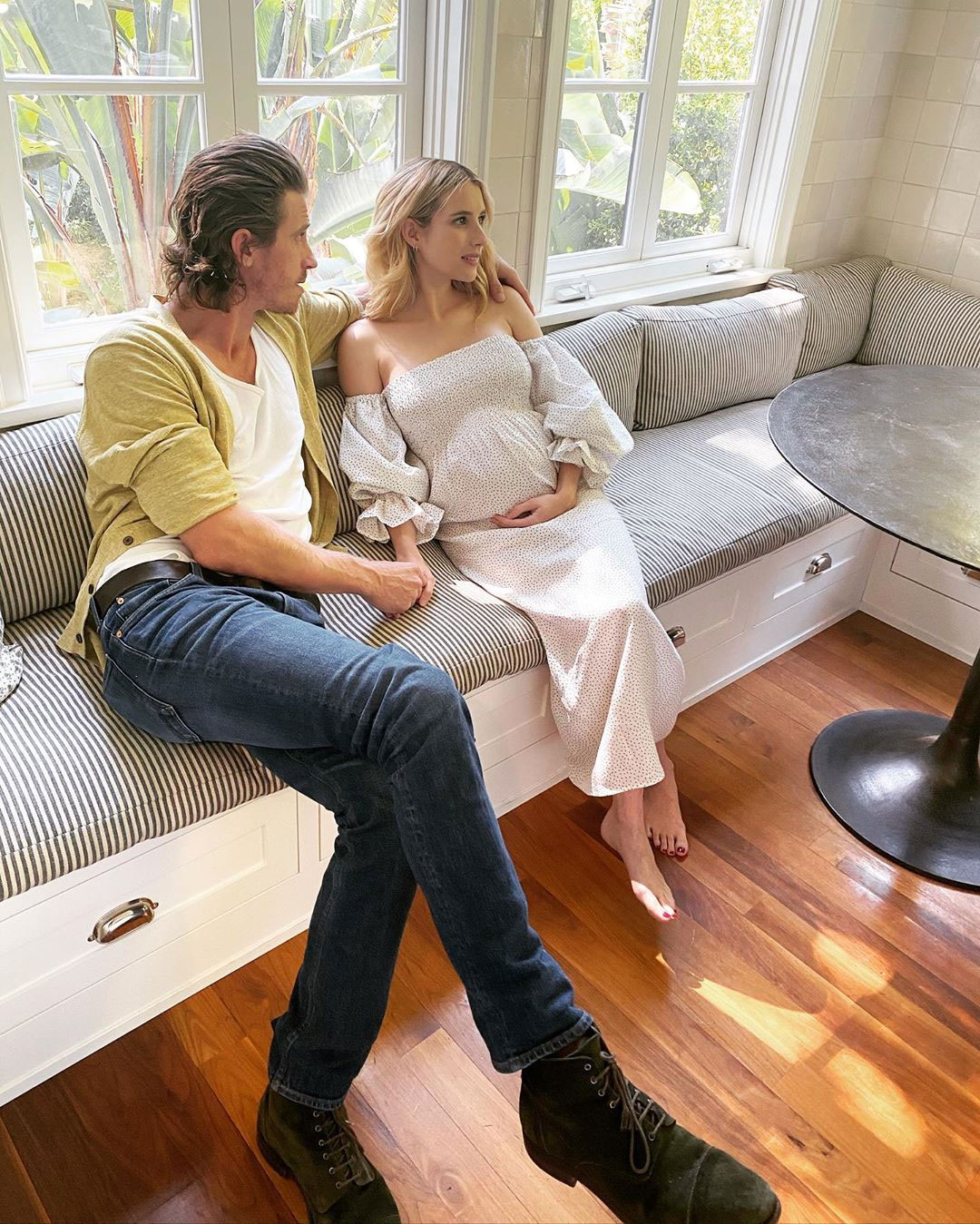 “I think that no matter who you are or what you do or wherever in the world you are, anything ending is hard,” the We’re the Millers star said of her failed engagement to Peters, 33, during a May 2019 interview with Cosmopolitan. “Losing something is hard. And the only thing I can say for that is … I’m realizing that life is highs and lows. I’m trying to ride them out and live somewhere in the middle.”