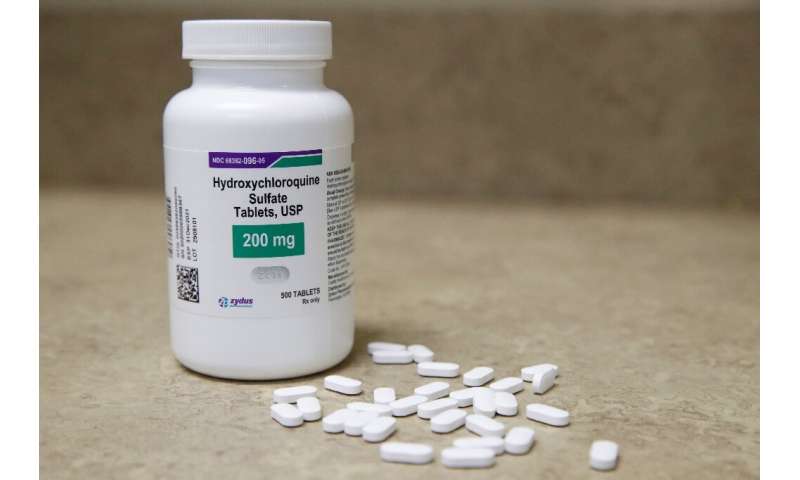 Dozens of scientists have raised concerns over a large-scale study of hydroxychloroquine and chloroquine published in the Lancet that led to the World Health Organization suspending clinical trials of the anti-viral drugs as a potential treatment for COVID-19.

Hydroxychloroquine, normally used to treat arthritis, has become one of the most high profile drugs being tested for use against the new coronavirus partly because of endorsements by public figures including US President Donald Trump.

Researchers on Friday stood by the conclusion of their study that treatment with hydroxychloroquine and chloroquine, an anti-malarial, showed no benefit and even increased the likelihood of patients dying in hospital.

The observational research, led by Mandeep Mehra of the Brigham and Women’s Hospital in the US, looked at records from 96,000 patients in hundreds of hospitals between December and April and compared those who received treatment with a control group.

The research, published in the Lancet medical journal on May 22, followed numerous smaller studies that suggested hydroxychloroquine is ineffective in treating COVID-19 and might even be more dangerous than doing nothing.

Within days the WHO temporarily suspended use of the drugs in its Solidarity Trial, which has seen hundreds of hospitals across several countries enrol patients to test possible treatments for COVID-19.

“This impact has led many researchers around the world to scrutinise in detail the publication in question,” said the open letter in response to the study, which was signed by a number of prominent scientists and published Thursday.

It added that this scrutiny raised “both methodological and data integrity concerns”.

One of the main concerns was a lack of information about the countries and hospitals that contributed data, which was provided by Chicago-based healthcare data analytics firm Surgisphere.

Other issues highlighted included discrepancies in the data for Australia, where they said there were more deaths recorded in the hospitals covered by the study than official figures for the entire country.

In a statement late Friday the Lancet said it was publishing a correction to amend the discrepancy, which occurred because one hospital had self-designated as being in the Australasia continent, when it should have been in Asia.

“The Lancet encourages scientific debate and will publish responses to the study, along with a response from the authors, in the journal in due course,” it said, adding that the conclusion of the study remained unchanged.

Mehra also released a statement saying the authors of the study had initiated an academic review of their work, adding that it had been undertaken “in the absence of a large, robust and publicly available dataset on hydroxychloroquine or chloroquine”.

“As articulated in the study, the authors have underscored the importance and value of randomized, clinical trials and articulated that such trials will be necessary before any conclusions can be reached,” he said.

“However, results are not anticipated from such trials until the summer and, given the urgency of the situation, leveraging the available dataset was an intermediary step.”

A spokesman for the WHO said a comprehensive review of the drugs was expected to reach a conclusion in mid-June.

Among the signatories of the letter questioning the research were clinicians, epidemiologists and other researchers from around the world, from Harvard to Imperial College London.

Francois Balloux of University College London, said he believed it was his “duty” to add his name to calls for answers to questions about the study and for greater transparency.

“I have serious doubts about the benefit of CQ/HCQ treatment for #COVID19 infection, and cannot wait for the whole drama to be over,” he said on Twitter.

“Though, I believe ‘research integrity’ cannot be invoked only when a paper doesn’t support our preconceptions.”

The letter was also signed by French researcher Philippe Parola, a colleague of the Marseille-based professor Didier Raoult, whose work has been at the forefront of promoting hydroxychloroquine and has also been subject to criticisms over methodology.