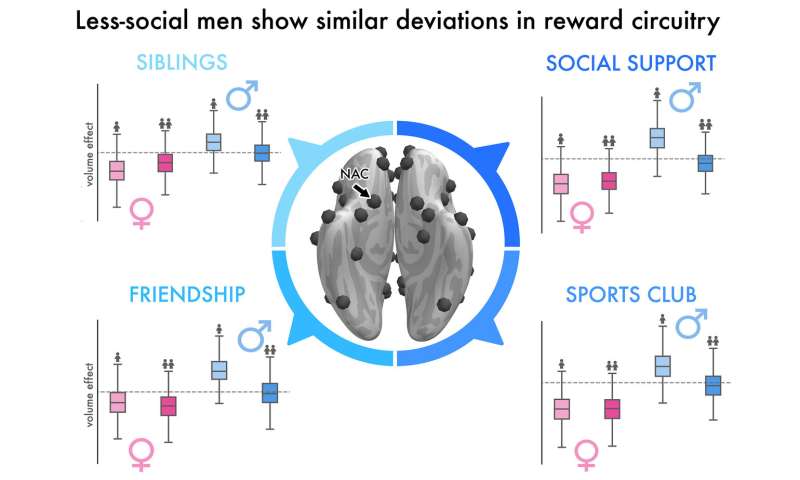 A team of researchers from Germany, the U.K., the U.S. and the Netherlands has found evidence showing that there are major gender differences in the human social brain. In their paper published in the journal Science Advances, the group describes how they studied information in the U.K. Biobank database and what it showed them about social behavioral differences between the sexes.

Prior research surrounding social behavior among primates, including humans, has led to a theory called “the social brain hypothesis.” It is based on the idea that the reason primates have such large brains is because of the need to process very large amounts of social information. In this new effort, the researchers have found evidence that suggests that as primate brains grew, gender differences arose in the parts of the brain involved in processing social information.

The work involved analyzing data in the U.K. Biobank database—the focus was on background data and MRI scans of the brains of 10,129 male and female participants. By comparing brain scans with background data, the researchers were able to make out sociodemographic and lifestyle factors that were common to one or the other gender. More specifically, they looked at 36 parts of the brain that prior research has found to be involved in processing social cues and behavior, and compared what they found with factors such as how many people were in a household, whether a person was married, how much they enjoyed their relationships and degree of social support.

In making their comparisons between genders, the researchers found distinct differences in brain regions such as those that make up the limbic system, the ventromedial prefrontal cortex and the amygdala. They report clear gender-specific differences in areas that could be linked to social activities such as bonding or engaging in intense social contact. As one example, they found neuroanatomical associations in the amygdala that were predominant in socially stimulated women, but barely present in most of the males. Conversely, they found differences in volume of the ventromedial prefrontal cortex of men who lived alone versus those who were socially stimulated—variations not generally seen in the brains of the women under study. The researchers conclude by noting some degree of gender differences in all of the regions they studied, which suggests there are major gender differences in the human social brain. 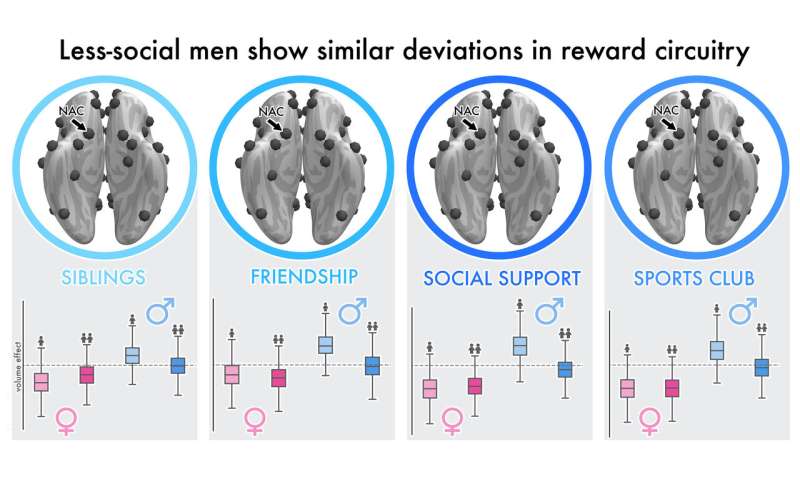 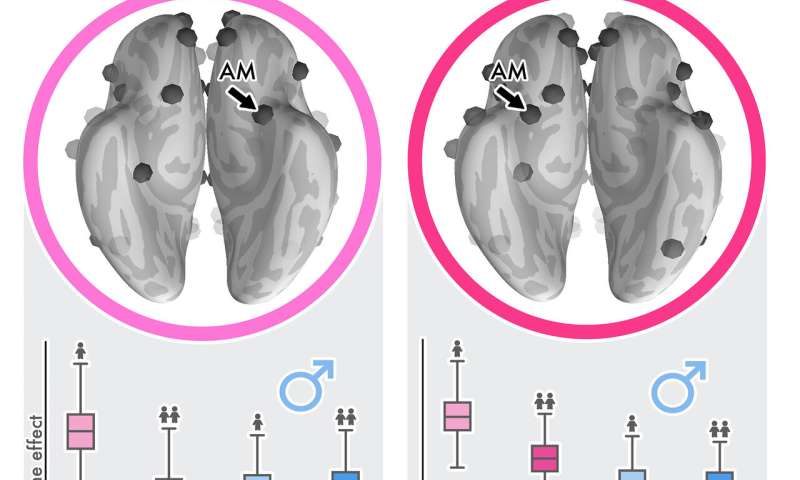