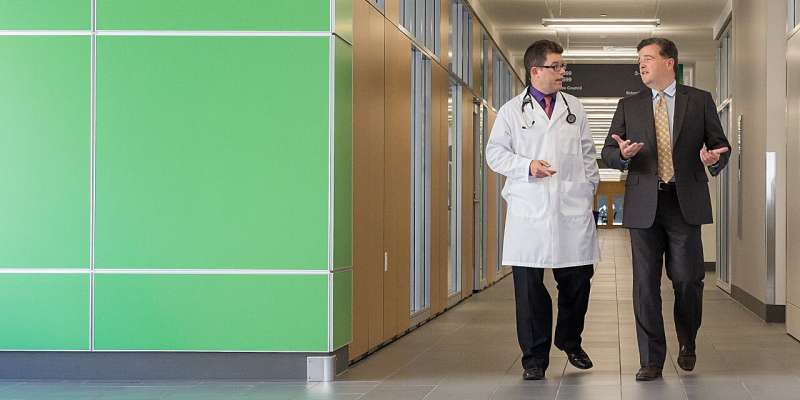 One more piece of the puzzle has fallen into place behind a new drug whose anti-cancer potential was developed at the University of Alberta and is set to begin human trials this year, thanks to newly published research.

“The results provide more justification and rationale for starting the clinical trial in May,” said first author John Mackey, professor and director of oncology clinical trials in the Faculty of Medicine & Dentistry. “It’s another exciting stepping stone to finding out if this is going to be a new cancer treatment.”

The drug PCLX-001 is designed to selectively kill cancer cells by targeting enzymes involved in myristoylation, a process key to the cell signaling system that is often defective in cancer cells. The molecule was originally developed by the University of Dundee as a treatment for African sleeping sickness. U of A cell biologist Luc Berthiaume was the first to realize it could work against cancer.

For this study, Mackey and his collaborators examined breast tumors from more than 700 women who had participated in a worldwide clinical trial for another drug in 1998. They found that 28 per cent of the tumors contained the enzyme N-myristoyltransferase 2 (NMT2), and that the patients who had those tumors were more likely to die during the following 10 years.

“This shows that one of the targets of our drug, the enzyme NMT2, is clinically important to overall survival,” said Mackey, who is also co-founder and chief medical officer of Pacylex Pharmaceuticals, the U of A spinoff company set up to develop PCLX-001.

The researchers also reported that breast cancer cells treated with PCLX-001 in the laboratory were less viable, and that the drug slowed tumor growth by 90 per cent in mice with human breast cancer. These results are similar to those reported last fall on PCLX-001’s effect against lymphoma, a blood cancer which affects the infection-fighting cells of the immune system.

The clinical trial will take place in three Canadian centers, including the Cross Cancer Institute in Edmonton, and will enroll patients with advanced and previously treated lymphoma, breast, lung, colon or bladder cancers. The aim is to find the optimal dose of PCLX-001 for effectiveness and safety.

“This will be the first time anyone has ever received PCLX-001 or a drug of this class,” Mackey noted. “It’s very exciting, but there are many unknowns.”