Researchers from Kings College London in the United Kingdom suggest that certain lifestyle aspects, such as diet and exercise, influence brain aging via specific molecular pathways. 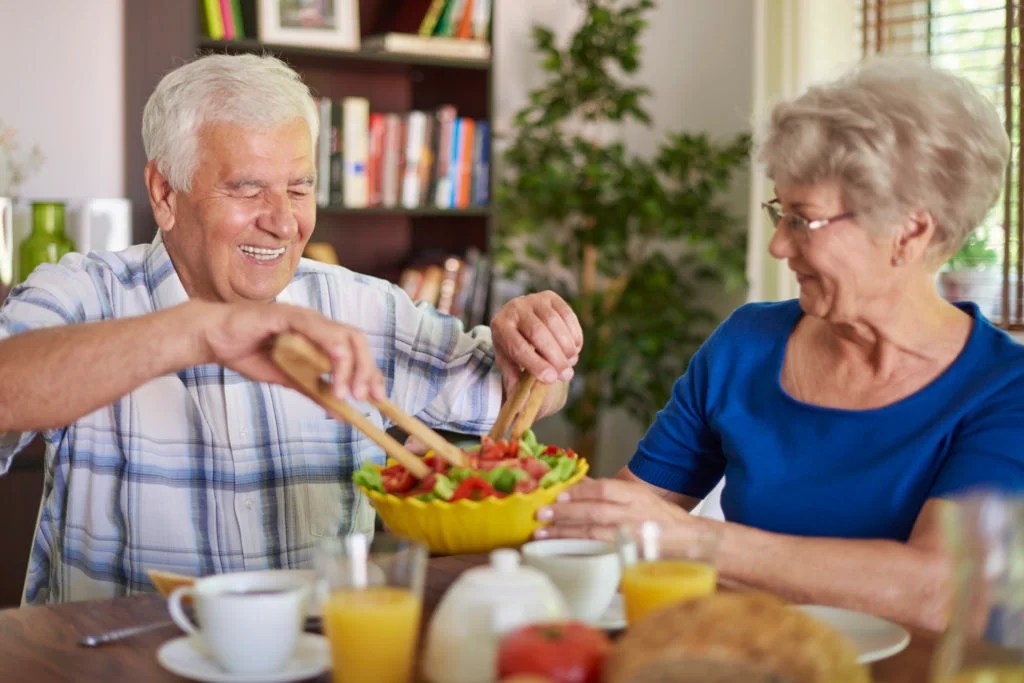 Everyone ages, but no two people will age in the same way. Some people will remain cognitively alert as they age, while others will display dramatic memory loss.

Experts do not know precisely why this occurs, but new research suggests it relates to a genetic variation in so-called nutrient-sensing pathways. These are molecular interactions that depend on the levels of nutrients people consume.

The study, published in Communications Biology, indicates that lifestyle changes based on an individual’s genetic makeup could help to delay memory loss.

The study focused on neural stem cells (NSCs). These are a group of cells located in the hippocampus, which is a center for memory in the brain. These cells divide continually to make more cells, and maintaining them is essential for memory.

Nutrient sensing pathways respond to lifestyle factors, such as diet and exercise, and help to promote changes in cell behavior. These pathways, therefore, provide a molecular connection between lifestyle and memory and might explain why aging affects people’s memory differently.

To study this in more detail, the researchers analyzed a combination of laboratory data and human data on memory, diet, and activity level.

They applied an exciting approach, which uses laboratory findings to inform the analysis of human data. Known as back-translation, it allows for a more targeted approach.

“We believe this to be a useful and unbiased approach to investigate healthy aging while minimizing the translational gap, which often affects in vitro studies,” the researchers explain.

The researchers exposed the NSCs to chemicals and repeated subculturing to mimic the aging process and then looked at the genes they expressed.

They used the findings to analyze data from over 2,000 people, including genetic information and data on their memory, eating patterns, including diet type, and overall calorie intake, and physical activity levels.

The researchers found that the genes ABTB1 and GRB10 were involved in both nutrient sensing and memory. These genes appear to mediate the connection between diet, aging, and memory.

“Identifying these genes as the missing links between these three important variables could inform new approaches to help improve the aging process through targeted changes in diet and exercise and ultimately in developing new drugs,” says lead author, Chiara de Lucia, from the Institute of Psychiatry, Psychology & Neuroscience at King’s College London.

Researchers associated the variations in the gene ABTB1 with cognitive performance on a memory task. They found that the GRB10 gene was an important link between diet and memory.

The research suggests that these discoveries could lead to practical recommendations to help keep people cognitively well as they age.

For example, people with a particular variant of GRB10 could benefit from consuming a Mediterranean diet, while those with variations in gene SIRT1 could benefit more from physical exercise.

“Finding the means to prevent or slow down the processes that drive the decline of our thought processes during aging is one of the great endeavors of the 21st century. To our knowledge, this is one of the first studies looking at these relationships with human data and adopting this back-translation approach,” explains senior author, Dr. Sandrine Thuret.

“Our findings suggest that changes in lifestyle may be able to delay a decline in memory and thinking but that the effectiveness of these approaches will depend on the genetic makeup of each person,” she added.

Although this is an exciting study, it has some limitations. For example, the researchers used data that came from cells. They cultured the cells in a way that mimics human aging but does not accurately recapitulate it.

The researchers say future work should try to repeat these findings using larger datasets. This will help scientists to understand better how diet, exercise, and memory influence each other.