In 1998, during my last year of high school, I began going to the bathroom up to 12 times a day. My weight dropped quickly—five pounds, then 20—and I felt tired, had diarrhea constantly, and my stomach was always killing me. Both my mom and my doctor thought this was a reaction to the stress of taking the SATs and ACTs, lack of sleep, and all the other things that come with being a 17-year-old senior.

When I left my hometown of Duncanville, Texas for Drake University in Des Moines, Iowa the following year, my symptoms continued—but in my sophomore year they became almost paralyzing. The intensity of my stomach pangs felt like a 15 out of 10, and I was going to the bathroom so often I couldn’t leave my dorm room. I threw up even the smallest amount of food. I called my mom daily, crying and wondering, “Am I going to die?”

In November 1999 I went to the emergency room. I couldn’t keep food down; even water was a struggle. I was 107 pounds—about 25 pounds lighter than my normal, healthy weight. The ER doctor ordered a barium swallow test, a procedure that could help diagnose any digestive problems. I drank the thick, chalky liquid, and as the barium ran through my body, the doctor took X-rays to examine my stomach and intestines.

I called my mom daily, crying and wondering, “Am I going to die?”

The test is supposed to take about an hour. Eight hours later, the barium still hadn’t passed through me. This usually indicatesa blockage, so my doctor did some imaging and discovered that I had a complete obstruction in my small bowel due to Crohn’s, a rare disease that causes severe inflammation in the digestive tract. I was relieved. Now that my condition had a name, I knew it could be treated.

I spent an extra year in college, in and out of the hospital for surgeries to remove parts of my bowel, colonoscopies, and monthly blood infusions. I also had my gallbladder removed. I graduated with a degree in journalism, but thought, How am I ever going to get a real job when I don’t know if I’m going to feel well from 9 to 5?

Entering the workforce with Crohn’s

When I accepted my first job in public relations, I was petrified to speak up about my disease. I thought I had a 50-50 chance of them telling me, “Sorry, this isn’t going to work out.” But I wanted to own my condition and not use it as a crutch. I believed being transparent upfront was better than staying quiet and having a flare-up down the road, then needing to explain myself when I was suddenly missing work every other day.

So I immediately told the HR manager about my Crohn’s, and within a month, I told my boss. I laid it all out—that I might need a dozen bathroom breaks a day, frequent doctors visits, days off for potential surgeries, places to lie down when I was in pain. I also explained that I was 100-percent committed to the job, and would work harder than anyone else when I was well. I’d work weekends when they needed me to, start my days earlier, and join meetings via conference calls when I was too sick to come in. 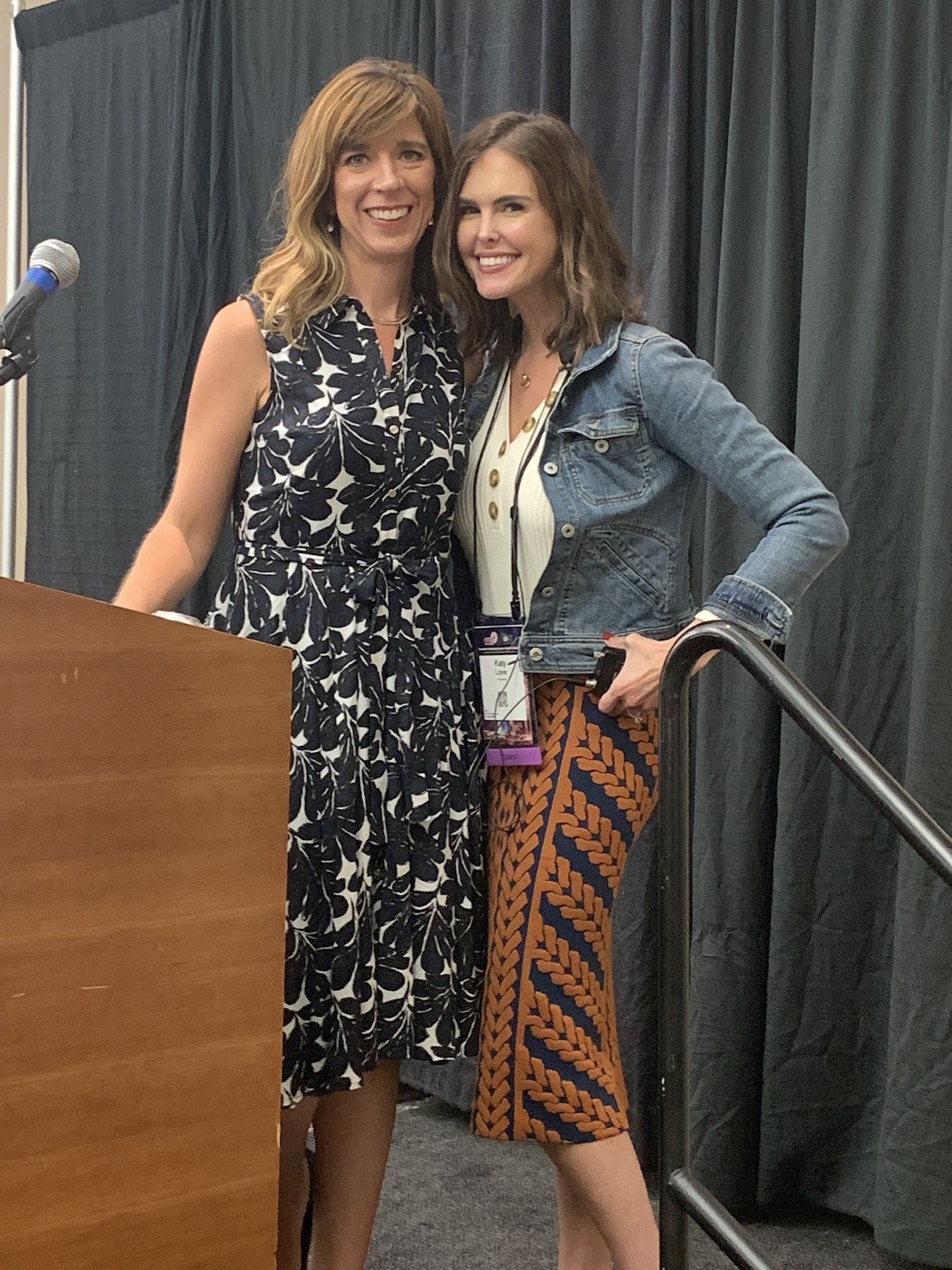 Here I am with Jennifer Sloan, my business partner and co-founder of our PR firm, Comm Oddities INC. Having her support has made all the difference in our success.
Kathy Love

When they didn’t fire me on the spot, I felt numb from surprise. While I knew that I couldn’t be directly fired for telling them I had Crohn’s, I figured if they found it to be an issue, they’d find a way around it. My boss gave me all the flexibility and time off I needed; this was such a huge relief. It also motivated me to work even harder, because I knew my company accepted me as I was.

This experience gave me the confidence to be just as frank and open at subsequent jobs. The allowances I received—having a couch in my office to lie down or putting a limit on my travel, which can be a trigger—were priceless. I felt trusted and valued, and I felt fortunate that all of my employers were understanding and non-judgmental.

Support from my colleagues has made all the difference

I still go to the bathroom 12 to 14 times a day. I never know when the urge to go will come or what will trigger it. Sometimes I have to run out of a meeting. Sometimes I’m in so much pain, I just want to curl up in the fetal position. And there are days when I can’t leave my house.

I’ve learned that honesty is the best policy, and if I miss meetings, I want my team to know why.

What gets me through these moments is the support of my work team. Four years ago I started my own PR agency, and my co-founder and six employees all know about my Crohn’s. I’ve learned firsthand that honesty is the best policy, and if I miss important meetings, I want my team to know why I’m not there.

Plus, this allows us to help each other. For example, I was supposed to take two trips in the same week earlier this year, but during the first one, I knew I couldn’t manage another long flight. So I called a colleague, and she went. It was a great opportunity for her to get face time with the client, and it was awesome for me, because I didn’t have to apologize for something I didn’t have control over.

Putting my Crohn’s disease out in the open—and the freedom that has allowed me, to be my authentic self—has helped me get into the best headspace of my life. I didn’t ask for this life sentence, but it’s part of my story now. I’ll never hide it.

Editor’s note: Some medical conditions are protected under the American Disabilities Act (ADA). If you think you’ve been a victim of workplace disability discrimination, you should contact the U.S. Equal Employment Opportunity Commission ASAP. Typically, you must file a complaint within 180 days of the alleged discrimination.