The world (or at least the portion that pays attention to British royals) was stunned last week when Prince Harry and Meghan Markle, the Duke and Duchess of Sussex, announced that they were stepping back as senior members of the royal family. The pair said they’ll take on fewer duties while continuing to “fully support” Queen Elizabeth II.

For many onlookers ― at least those with siblings ― what resonated most was the human drama at the center of the story. While few of us can relate to the pomp and rigid protocol of royal life, many of us have experienced the unexpected pain of growing apart from a sibling in adulthood.

It’s long been reported that there’s a growing rift between Prince William, the Duke of Cambridge, and Prince Harry since the latter wed Markle a year and a half ago. (The brothers’ frosty body language at recent events ― and Harry’s admission two months ago that the the pair have “good days and bad days” ― further fueled the rumors.)

Now, Harry ― a man who’s had to endure being called the “spare to the heir” for the last 35 years ― wants to “step back” from the monarchy and forge his own path with his new family ― a decision that William reportedly has begrudgingly accepted.

“I’ve put my arm around my brother all our lives and I can’t do that any more; we’re separate entities,” William is said to have told a close friend recently, according to a report from The Sunday Times. “I’m sad about that.”

Those of us who’ve watched the brothers grow up are a little bent out of shape over it, too. You don’t have to be a diehard monarchist or even a fan of the royal family to feel some secondhand sadness over seeing the late Princess Diana’s sons go in different directions.

“Given that we all but witnessed the death of their mother, I think the narrative we want to see is a close and lifelong friendship and close relationship between these two brothers,” said John Duffy, a clinical psychologist and the author of “Parenting the New Teen in the Age of Anxiety.” “But of course, it is their lives to lead and their choices to make.” 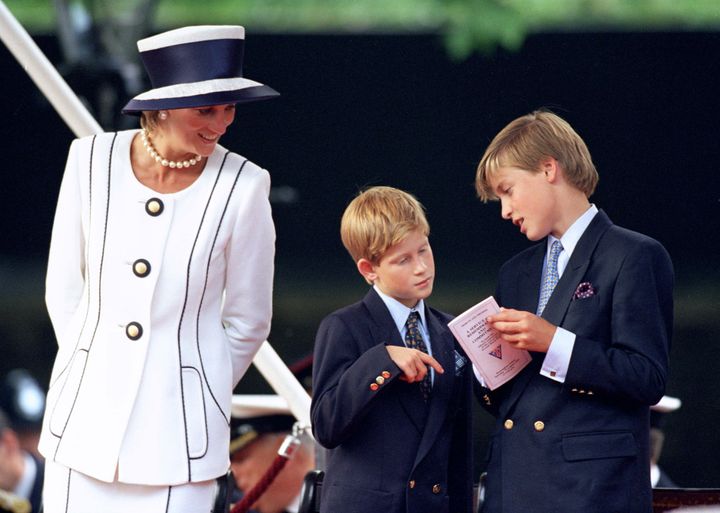 These are, after all, two grown men with distinct personalities and growing families of their own.

Like many before them, Harry and William may have simply grown apart.

“This is a strikingly common occurrence among siblings,” Duffy said. “It doesn’t always suggest a rift, it’s often just different preferences: With families I work with, I am forever struck by how different siblings can be from one another. They often choose different geographic locations, occupations, qualities in spouses, and virtually every other element of their lifestyles.”

Why else do these sibling separations happen so often? Below, Duffy and other family therapists talk about how preferential treatment from parents can affect siblings’ relationships, what makes Harry and William’s story so relatable, and how to handle things if you’re estranged from a sibling.

“I never think it’s a great idea to exclude family entirely from your life but sometimes, in toxic family situations, a strong and powerful boundary can help preserve relationships.”

It’s a tall order to expect two adults to maintain the same relationship they had in their childhoods.

Genetics and similar childhoods aside, it’s wishful thinking to expect siblings to take up as much space in each other’s lives as they did growing up. It’s also naive to assume that distancing yourself from a sibling is inherently a bad thing, said Kiaundra Jackson, a marriage and family therapist in Los Angeles, California.

Stripped of their titles, the Cambridges and Sussexes’ supposed rift is a very simple story. It’s easy to concoct a non-royal version of the scenario: Imagine two siblings set to inherit a family farm (as co-owners, if their parents get their wish). While one sibling might be eager to run the family business (or is simply willing to do it), the other might harbor dreams of law school and life in the city. Neither choice is more valid, just altogether different.

When the farmer and lawyer are of marrying age, though, things get doubly complicated: Toss in two spouses with entirely different worldviews and expectations on family life and the family business (Should profits from the farm be divvied up differently? Why not just sell it already? Why isn’t your brother the big-shot lawyer helping out more?) and the strain increases. Factor in disparities in financial success and differing political views and it’s nearly impossible for an estrangement not to happen.

If cooler heads can prevail in the family, though, the decision to set boundaries, respect individual choices and allow space is in the best interest of most parties, Duffy said.

“At times, to be honest, I find this to be a somewhat healthy boundary. I never think it’s a great idea to exclude family entirely from your life but sometimes, in toxic family situations, strong and powerful boundaries can help preserve relationships,” he said.

In many cases, a lingering childhood rivalry sets the rift in motion, said Jeanne Safer, a psychoanalyst specializing in sibling issues and the author of “The Normal One: Life with a Difficult or Damaged Sibling.”

Maybe growing up, the parents played favorites or pitted the kids against each other when report cards came in or with extracurricular activities. Or maybe, as in Harry and William’s case, a constitutional monarchy and natural order of succession lent an air of competition to their childhoods: While William has always been groomed to be the future king of England, Harry has dropped further and further down the line of succession with each new Cambridge kid. (Current position? No. 6, making him the spare-spare-spare-spare-spare-spare to the heir. Why wouldn’t he want to pave his own path?)

It’s the hierarchal aspect of this story which makes it such an interesting (and, in many ways, relatable) case study in sibling dynamics, Safer said.

“William and Harry really bring rivalries into focus,” she said. “Many siblings never recover from the bitterness of unequal distributions, whether it’s the crown or money. Even if your brother or sister is not going to be the king or queen of England, there can be overt or covert parental preference, envy and misunderstandings that are never discussed.” 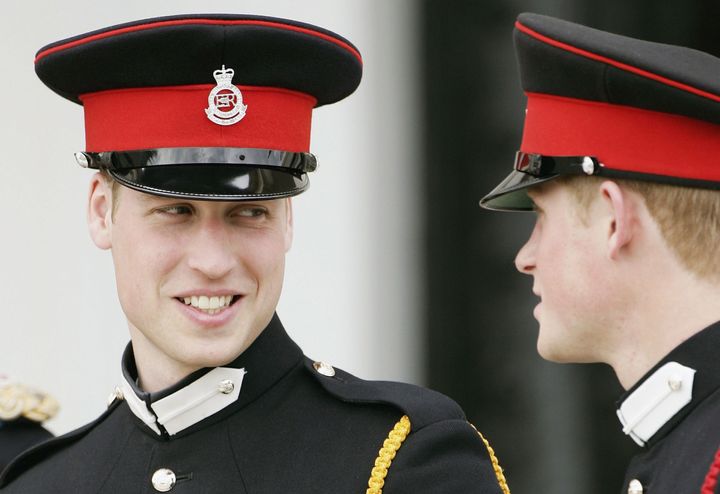 Sometimes a new partner may spur on changes in siblings’ relationships.

A person who’s been in lockstep with their family all their life may see things differently when they fall in love and see things through their partner’s eyes.

“Spouses often shine a light on toxic family relationships that a family member may not have the awareness to see,” Duffy said. “So often when spouses are introduced into the picture, relationships get shaken up, and boundaries are strengthened or reorganized.” (Of course, a new partner can take on a more conciliatory role in the family, too, strengthening and mending relationships if the siblings are already at odds.)

The reality is, for most of us, there’s a shift in loyalty and attention once we become a spouse, long-term partner or parent.

“If you’re a new husband and parent, your wife, children and legacy become the focus and yes, that can change sibling relationships because your family of origin no longer is the priority,” Jackson said. “That’s normal.”

It’s not only normal; it’s expected to some degree. Jackson thinks that if Harry had neglected his wife and child’s needs to adhere to family tradition, he’d be just as likely to incur criticism from the public. 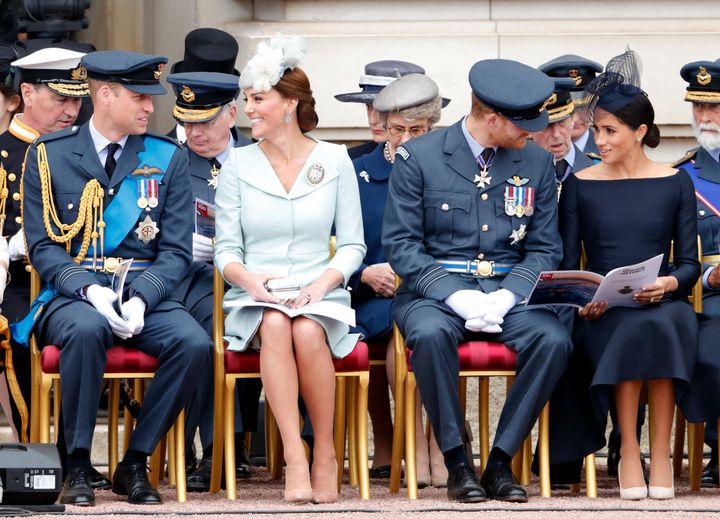 What if you’re dealing with sibling estrangement in your own life?

If you want to put some distance between yourself and your family members (geographically, work-life or otherwise), how do you float the idea without hurting anyone’s feelings? For starters, Duffy recommends upping the amount of communication between you and your sibling (or whoever else you may need space from) beforehand.

“I think the answer here is better communication between the siblings or anyone in broken family relationships,” he said. “Rifts and estrangement are often the result of undercommunication.”

When you talk about needing space, instead of bringing up your disagreements and any toxicity in your relationship, emphasize the positives: You want to establish boundaries between the two of you because there’s so much of value at stake, so much worth preserving. That’s the message that needs to be communicated.

“People talk about what divides them, but rarely about what unites them in families,” Duffy said. “People forget that they love their family, even if they can disagree with them fundamentally, about money, or politics, or other matters of importance.”

And if you’re the other sibling ― the one who’d prefer to stick to the status quo and see no change ― what should you do? (For his part, Prince William seems resigned to his brother’s choices but also hopeful. The duke reportedly told a friend, “All we can do, and all I can do, is try and support them and hope that the time comes when we’re all singing from the same page. I want everyone to play on the team.”)

“I think that’s the right approach,” Jackson said. “You can’t shame Harry for wanting distance and something different. William and all other members of the royal family need to understand that they are still blood and nothing will ever change that. Love, support and positivity can be a game-changer ― for royals and the rest of us.”

Royal news doesn’t stop at the wedding. Subscribe to HuffPost’s Watching the Royals newsletter for all things Windsor (and beyond). 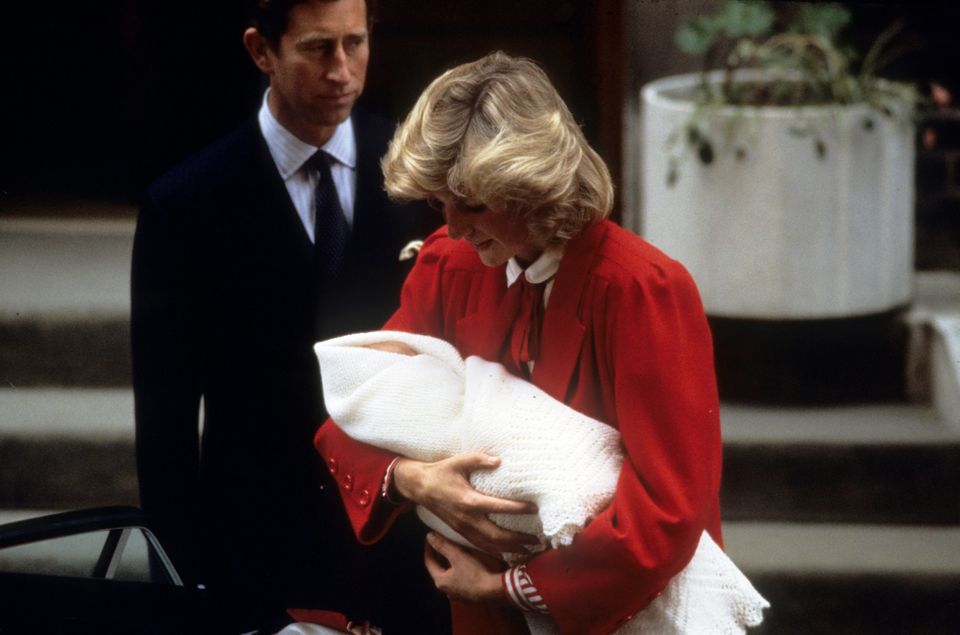