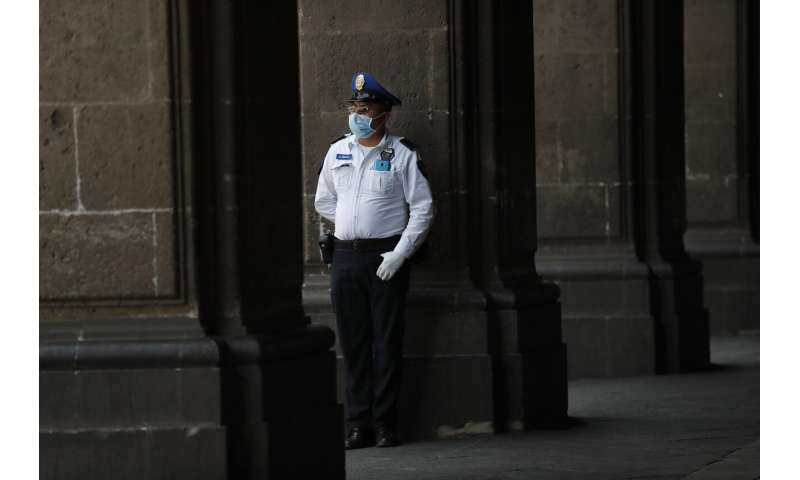 The Mexican government is sanitizing a public hospital in a northern steel town that has become the center of a Covid-19 outbreak that has sickened at least 26 members of its medical staff and killed one of its doctors.

The outbreak raised questions about the preparedness of the public health system to confront a pandemic that is just beginning to gain steam in the country. President Andrés Manuel López Obrador said Thursday that 80 public hospitals were being converted to handle Covid-19 patients. Later he clarified that just segments of 80 hospitals were being isolated, with on average eight beds and ventilators reserved for Covid-19 patients.

“We are preparing ourselves to have the beds, the equipment that’s required,” he said. He was scheduled to visit hospitals Friday and Saturday.

Epidemiologists began retraining the staff at the hospital in Monclova, Coahuila, in how to handle coronavirus cases Sunday and personal protective equipment arrived at the hospital Wednesday, one day after the doctor’s death, according to Mexican health officials.

The public hospital accounts for 26 of the 39 reported cases of medical personnel from the national health system infected with the virus, Manuel Cervantes Ocampo of the public health system said Wednesday night. Three have died.

There was no immediate explanation of why personal protective equipment was only sent to the hospital this week. Mexico’s federal health officials have said they’ve been preparing for the virus since early January. The national health system also said the hospital’s director had been removed from his position and put into isolation because he was over the age of 60.

According to a statement from the Coahuila state government, everyone who works in the hospital’s emergency department is being screened for symptoms of the illness. Gov. Miguel Riquelme lamented the doctor’s death and said doctors and nurses would be brought in from other hospitals to fill gaps in Monclova.

The hospital planned to move patients to other parts of the facility while the sanitizing was conducted. “Closing the hospital would be a collapse for the medical attention to our patients,” said Eduardo Robles Pérez, head of the public health system’s work risk division.

There have been 37 deaths in Mexico and more than 1,300 confirmed infections from the new coronavirus.