Vitamin B12 helps to make DNA, the genetic material in all cells. The essential vitamin also helps prevent a type of anaemia known as megaloblastic anaemia which makes people tired and weak. In fact, weakness and fatigue are the common symptoms of a vitamin B12 deficiency. The reason for this is because the body doesn’t have the required amount of B12 to make red blood cells, which transport oxygen throughout the body. There is another warning sign indicating you need to increase your B12 intake.

Given the current climate, it’s understandable that many are experiencing mood changes.

However, a change in mood could also indicate that you’re not getting enough of the essential vitamin in your diet.

Having low levels of B12 has been linked to mood and brain disorders including depression and dementia.

The “homocysteine hypothesis of depression” has been suggested as a potential explanation for this. 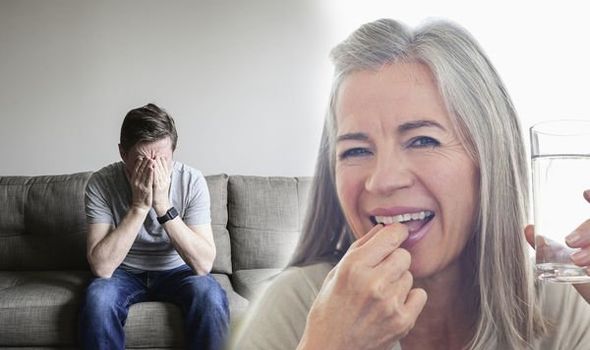 What is the homocysteine hypothesis?

“A plausible hypothesis for these associations is that high homocysteine levels cause cerebral vascular disease and neurotransmitter deficiency, which cause depression of mood.

“The homocysteine depression hypothesis, if true, would mandate inclusions of imaging studies for cerebrovascular disease and measures of homocysteine, folate and B12 and B6 vitamins in the clinical evaluation of older depressed patients.”

According to Dr Ox: “Low levels of B12 have been linked to many different brain disorders, such as dementia and depression and even a more benign but out of character moodiness. Since vitamin B12 sends important signals to a person’s brain, these symptoms may appear when they are experiencing a deficiency.”

It’s been reported that older adults are particularly at risk of developing these symptoms as due to their age, it becomes more difficult for the body to absorb vitamins. 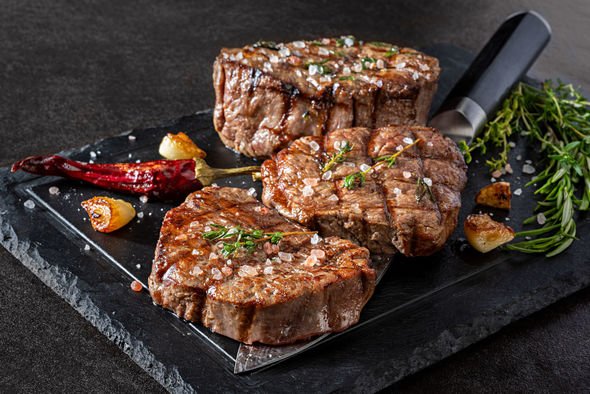 The NHS said: “Vitamin B12 deficiency anaemia is usually treated with injections of vitamin B12.

“There are two types of vitamin B12 injections including hydroxocobalamin and cyanocobalamin.

“Hydroxocobalamin is usually the recommended option as it stays in the body for longer.

“At first, you’ll have these injections every other day for two weeks or until your symptoms have started improving.

“Your GP or nurse will give the injections.

“After this initial period, your treatment will depend on whether the cause of your vitamin B12 deficiency is related to your diet or whether the deficiency is causing any neurological problems, such as problems with thinking, memory and behaviour.”

For the best foods to help with your B12 deficiency, a diet rich in beef, liver, chicken, fish, low-fat milk, cheese, eggs and fortified breakfast cereal.