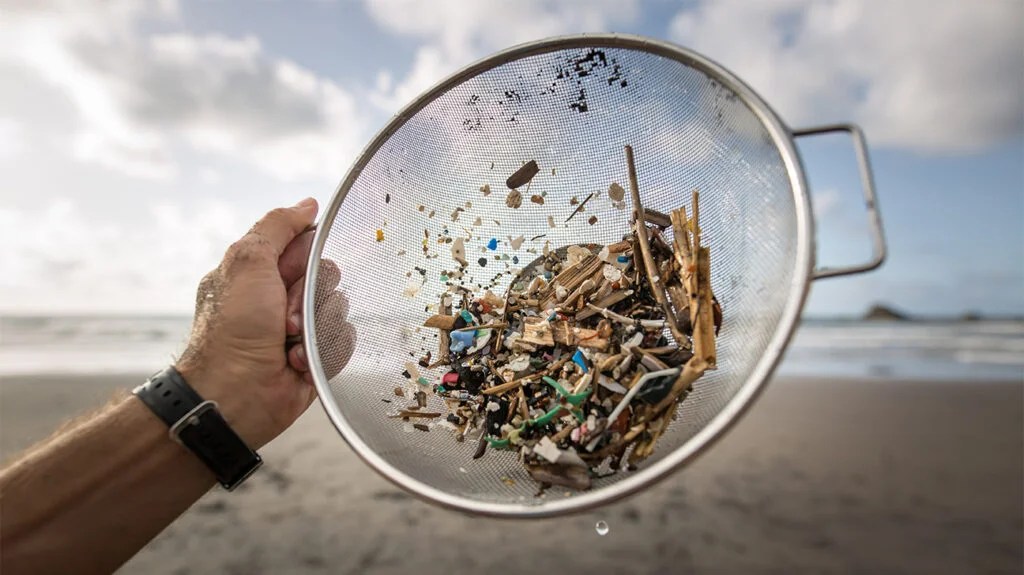 The new study, published in the Journal of Hazardous Materials, was conducted by researchers at the University of Hull and Evangelos Danopoulos, lead author and a doctoral candidate at Hull York Medical School. Both institutions are in York, United Kingdom.

“Our research shows that we are ingesting microplastics at the levels consistent with harmful effects on cells, which are in many cases the initiating event for health effects.”

Speaking with Medical News Today, Mr. Danopoulos also summarized the findings of three previous studies he conducted with the Human Health and Emerging Environmental Contaminants research group at the University of Hull.

MPs are particles of plastics smaller than 5 millimeters (mm). They can form due to the mechanical and environmental degrading of plastics and by condensation through the heating or burning of plastics in the atmosphere.

Researchers have found MPs everywhere: in the deep ocean, Arctic snow, and Antarctic ice. Seafood, table salt, and drinking water also contain high amounts of MPs and are the focus of these investigations as they relate to humans.

The study focused on five variable effects of MP contamination on human cells, including:

The analysis showed the first four effects to impact cell health. The data also showed that cell survivability depends on the MPs’ shapes, with irregularly-shaped MPs being the most harmful and causing possible cell death.

The most common sources of human exposure to MPs are:

MPs have contaminated all aspects of the marine environment, including seafood. Human ingestion from such marine sources is one of the two major uptake routes identified for human exposure to MPs, the other being inhalation.

People consume seafood in different ways — whole, as with oysters, or in parts, such as crab legs. Understanding contaminated fish types and body parts and their human consumption is key to better understanding seafood toxicity.

There is growing concern regarding the potential health effects of table salt. Different types of salt found in the environment can contribute to human cell toxicity depending upon exposure. These include:

The degree of contamination varies significantly between these environmental sources, but analysis of human exposures to each confirmed that salt is a carrier of MPs.

Several studies confirm that both tap and bottled drinking water are sources for introducing MPs into the human body.

Toxicology studies indicate the toxic effects of MPs in drinking water depend on the amount of water consumed.

MPs exist in all aquatic environments, and the contamination levels they cause will likely rise with increased plastic production, use, and waste.

Concerning the limitations of this study, Mr. Danopoulos told MNT: “There is great uncertainty around what happens after we consume microplastic contaminated food. We do not know how much has the potential to stay in our bodies, cross the gut barrier, or just be excreted. This will ultimately define how hazardous the microplastics can be to us.”

He adds: “So far, most toxicology studies have been testing spherical microplastics. There needs to be a shift to testing irregularly shaped ones. We [also] need to focus on animal studies to understand how the microplastics behave after they are inside our bodies. However, the biggest uncertainty at the present time is how ingested microplastics are excreted from the body. This is a crucial point to understand the true level of risk.”

In the absence of human test subjects, the researchers used human cell lines, considered acceptable sources of scientific evidence for human health effects, in this study.

The current studies used controlled conditions to predict what would happen in real-life environmental conditions, predicting system-based effects from cell-based ones. Therefore, future studies will need to make adjustments based on these variables in their risk assessment process.

Mr. Danopoulos concluded, “I feel the findings highlight that there are a lot of issues around microplastics and their potential effects that we do not fully understand.”

As for now, MP contamination will continue to rise as plastic production and worldwide use increase. If plastic waste mismanagement stays consistent or levels rise, MP ecological risks will likely be widespread in ecosystems that span the globe within a century.