The search for extraterrestrial life is one of the biggest scientific undertakings of the 21st century. Astronomers point radio telescopes at the night sky to search for clues to alien civilizations. But what can microbiology tell us about life on other planets or even on asteroids and in deep space? This article will discuss this subject. 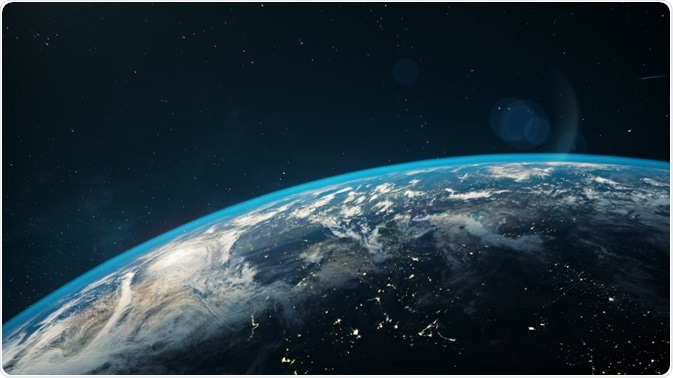 The hunt for alien life

Ever since antiquity, mankind has looked up at the stars and wondered if, in the vast expanse of the cosmos, Earth is the only place where life exists. Books, films, and entire philosophies have explored the notion.

A shift away from the main paradigm that denoted Earth was unique began with the invention of the telescope. However, it was not until the latter half of the 20th century with the advent of the space race that significant progress could be made in answering one of the oldest questions. If alien life (according to some people, when alien life) is discovered, it would fundamentally change our perceived place in the Universe.

In recent decades, we have built progressively more powerful telescopes and sent probes ever further into our solar system in the search for information that will help us understand the Universe around us. The SETI program started in 1960, with scientists scanning the heavens for signals from alien civilizations. Both radio signals and optical signal sources are searched for and analyzed daily. The Breakthrough Starshot program aims to build tiny robotic probes to send into space.

Searching for microbial life in the heavens

We may be going about things completely wrong: What if alien life isn’t in the form of societies with advanced technology beaming out a “hello” signal? What if the vast majority is much simpler? Microbes may constitute the most common types of extraterrestrial beings. The field of science that seeks to answer the question of what extraterrestrial life may look like is called Astrobiology.

On Mars, our closest neighbor and a particularly attractive prospect for the hunt for extraterrestrial life, NASA’s Perseverance rover is probing Jezero Crater for evidence of fossilized microbial life and the remnants of alien biochemistry. Jezero Crater is a prime target for the location of traces of ancient life as it was once an ancient lakebed. In the 1970s, NASA’s Viking landers attempted this task: the results were inconclusive.

Other factors make Mars an attractive prospect for the discovery of current life. There are tantalizing clues that indicate a briny reservoir of water exists below the ice caps. Organic material has been discovered by the Curiosity rover in mudstone at Gale Crater up to 3.5 billion years old. Curiosity is also being used to analyze methane, an important biological indicator, in Mar’s atmosphere. Other targets include Jupiter’s icy moon of Europa and Saturn’s moon Enceladus.

Can answers be provided closer to home?

Looking for traces of extraterrestrial life on other planetary bodies is one approach, but clues about what organisms may be like could come from closer to home. The study of extremophiles, microorganisms that live in harsh environments on Earth that are inhospitable to other forms of life, may help in the search for alien life. In recent years, there have been a number of studies carried out into extremophiles that have provided useful data.

One effort that aimed to answer this question ran until 2017. MASE (Mars Analogues for Space Exploration) analyzed harsh, but habitable, environments on Earth including a briny mine, permafrost, an acidic lake and river, and a sulfidic spring.

The teams working at MASE attempted to test the limits of our understanding of the limits of biological life and how extremophiles react to harsh environments. Thus, the effort attempted to advance our knowledge of how habitable Mars may be or may have been in the past. In turn, this will help studies that aim to detect life.

Scientists working at MASE carried out several studies into responses to environments that closely resemble habitable conditions on ancient Mars, as well as efforts to identify how microorganisms may have fossilized on Mars, which would aid the search for any traces of life on the Red Planet. Many other organizations and scientists are looking into these questions and using microbiology to provide the answers.

Can life survive in the vacuum of space?

A surprising recent discovery is that certain strains of bacteria can survive in the vacuum of space itself. An experiment on the International Space Station found that the species Deinococcus radiourans wan survive for at least three years whilst exposed to zero gravity and solar radiation.

This experiment, and the discovery that extremophiles can survive in space in rocks for extended periods, have given weight to the theory that life can travel between planets in asteroids or comets.

Disease is an ever-present threat on Earth. When humankind eventually ventures further out into our solar system and possibly even to the stars, there is the danger of an alien pathogen that future astronauts will be highly vulnerable to. Even hitch-hiking terrestrial microbes may mutate and evolve when they encounter another planet’s environment.

Being able to predict their pathogenic potential and how our immune system could fight them off is crucial to avoid the ravages of extraterrestrial diseases. Latent viral infections such as the Epstein-Barr virus can be reactivated by space travel due to a rise in cortisol and decrease in interferon levels in astronaut’s bodies. Extended spaceflights of 6 months or more can lead to a general loss of T-Cell function. The danger of contracting an extraterrestrial disease cannot be understated.

Microbiology – helping to piece together the puzzle of alien life

Microbiology is a crucial scientific field in the 21st century. Searching for the building blocks of life and investigating the possibilities of what extraterrestrial life may look like is an endeavor that is being taken seriously by international agencies. A two-pronged approach that combines extraterrestrial extrapolations with what we know about life on Earth and the limits of habitable environments will be necessary. The future of astrobiology is taking off.

Reg Davey is a freelance copywriter and editor based in Nottingham in the United Kingdom. Writing for News Medical represents the coming together of various interests and fields he has been interested and involved in over the years, including Microbiology, Biomedical Sciences, and Environmental Science.