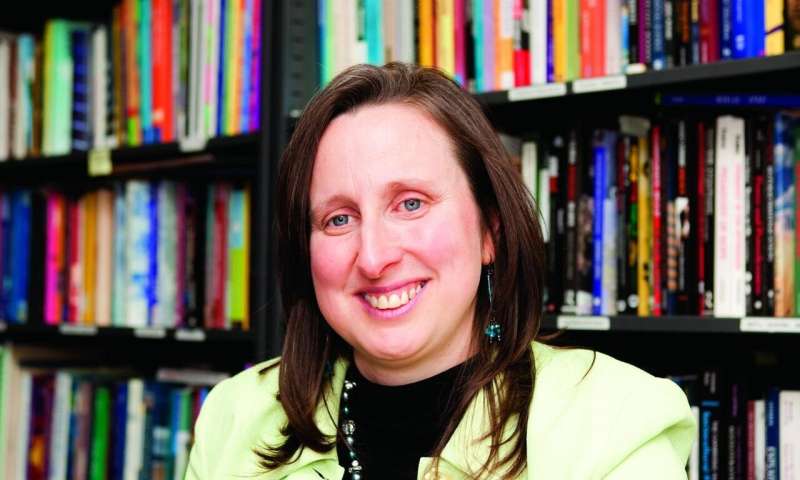 Four unsolved mysteries around schizophrenia have long plagued the medical community, but a new hypothesis identifying a common link between them and an almost forgotten epidemic of a disease called pellagra could have profound implications for our understanding of psychosis in poorer nations. The new hypothesis has implications for how a subgroup of people with active psychosis could be potentially screened, treated, and cured.

The idea behind the hypothesis occurred to Esme Fuller-Thomson, professor at the University of Toronto’s Factor-Inwentash Faculty of Social Work (FIFSW) after learning about recent research conducted in South India. This study newly identified a link between schizophrenia and a variant of the gene NAPRT1, which lowers the body’s ability to use niacin, or Vitamin B3, which naturally occurs in meat, poultry, fish, and eggs.

“When I read this study a light bulb went on in my head,” says Fuller-Thomson, who published the hypothesis in the journal Schizophrenia Research this month with doctoral student, Rukshan Mehta. “This seems to be the missing link that explains all these medical mysteries.”

The researchers speculate that there is a critical interaction between an expectant mother’s prenatal niacin deficiency due to malnourishment and the NAPRT1 variant that impedes the fetus’ ability to use niacin. This interaction between the gene and the prenatal environment may predispose the offspring to develop a psychotic disorder.

Several studies indicate that the offspring of mothers who experience famine in their first trimester of pregnancy have double the chance of developing schizophrenia. Most researchers assume nutrient deficiency must be playing a role, but the particular nutrient has yet to be identified. Fuller Thomson now speculates that niacin may be the key nutrient involved.

The identification of the NAPRT1 risk variant also provides some insights into a second medical mystery: Normally when people are given high doses of niacin, their skin reddens and can tingle, burn, or itch; however, many individuals with schizophrenia experience limited or no flushing to the same high dose amount. The presence of a gene inhibiting the uptake of niacin may explain why people with schizophrenia do not show the same reddening of the skin in response to large doses: they simply have a lower ability to absorb the vitamin.

Pellagra could be an important part of the puzzle as well. Between 1906 to 1940, almost 3 million Americans developed pellagra due to a niacin deficient diet. The symptoms include dermatitis, dementia, and death. In four to ten percent of cases, active psychosis develops, which mimics schizophrenia. Pellagra became the leading cause of death in psychiatric hospitals in the Southern United States in that era.

“Treatment with niacin quickly and permanently cures the disease including the psychosis and the dermatitis,” reported co-author Rukshan Mehta, an MSW graduate of the FIFSW who is currently a doctoral candidate in Nutrition & Health Sciences at Emory University. “By 1941, flour was fortified with niacin in the USA and the disease was soon after largely eradicated.”

Today, diagnosis of pellagra is rare, but Fuller-Thomson and Mehta wonder if it might be going undetected in the developing world.

In most cases of pellagra, a bad rash is the first symptom, and this is usually how the disorder is diagnosed. The researchers hypothesize that individuals with psychosis and the risky gene variant may not present with dermatitis. This would result in the patients being misclassified as having schizophrenia instead of the easily treatable psychosis associated with niacin deficiency.

Fuller-Thomson and Mehta’s hypothesis also provides new insights into the most perplexing of the medical mysteries associated with schizophrenia: studies by the World Health Organization show that patients with schizophrenia in the developing world recover at a markedly higher rate than those in western nations, despite the fact that those in the west receive more extensive medical interventions. If some of the schizophrenia patients in the developing world were, in fact, undiagnosed pellagra cases, their psychosis may have been cured inadvertently by simply spending time in a hospital where nutritious niacin-rich food such as meat and eggs are provided.

The final medical mystery has been generating debate for half a century. Six randomized controlled trials conducted in Saskatchewan, Canada in the 1950s found excellent results treating patients with schizophrenia with high doses of niacin, but multiple efforts to replicate the study in the 1970s found the intervention ineffective.

The 1950s Canadian studies were conducted among patients born in the Great Depression before niacin fortification of flour was adopted. “It is highly probable that those with schizophrenia in Saskatchewan had malnourished, niacin-deficient mothers,” says Fuller-Thomson. “If the patients’ psychosis was due to undiagnosed pellagra, of course the niacin treatment would be effective. The pregnant mothers of the participants in the later study benefited from universal niacin fortification and therefore the patients were unlikely to have pellagra.”

The researchers emphasize that both a correct diagnosis and medical supervision of niacin treatment for pellagra are essential. “Taking high dose niacin can cause life-threatening problems if not properly monitored,” cautions Fuller-Thomson.