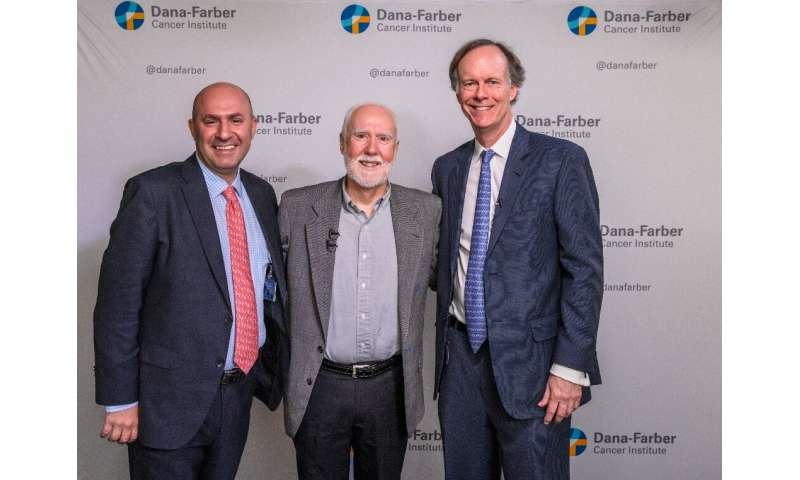 When Shaun Tierney was diagnosed with an aggressive form of kidney cancer in 2007, the prognosis was grim.

Twelve years on, the 64-year-old is still living an active life, and even participating in marathon walks for cancer research—an outcome made possible by work that was awarded this year’s Nobel prize in medicine.

Tierney’s case is a telling illustration of how seemingly esoteric scientific research makes its way from the lab to the real world—a journey that can save lives.

“It’s an exciting time,” said Tierney’s doctor, oncologist Toni Choueiri, who works at the Dana-Farber Cancer Institute in Boston and is a professor at Harvard Medical School.

“We’re not curing everyone. Definitely not. But this is crazy—this is a disease that went from a death sentence, ‘Go do your work, start having your will ready etc,’ to people living years.”

Americans William Kaelin and Gregg Semenza, and Britain’s Peter Ratcliffe, were awarded the Nobel last month for their work on how human cells sense and adapt to oxygen.

They began their research in the early 1990s, and the first therapeutic applications appeared in the mid-2000s.

Tierney, a former design engineer, was embarking on a new chapter with his wife as an empty nester when he was diagnosed with stage four renal cell carcinoma.

His hopes of surviving five years at the time? Just three to five percent.

“Our legs were cut out from beneath us,” Tierney told AFP.

But that changed when he received Sutent, one of a then-new class of drugs called angiogenesis inhibitors that stop the growth of new blood vessels that feed cancer cells.

The development of the treatment that has prolonged Tierney’s life was a direct result of the trio’s Nobel-winning research.

Kaelin, who runs a laboratory at Dana-Farber and also teaches at Harvard, first started studying oxygen sensing because he was investigating a rare, inherited condition called Von Hippel-Lindau’s (VHL) disease.

The illness causes its carriers to develop tumors, such as kidney cancers, that overproduce distress signals associated with having a lack of oxygen.

One of these signals is a protein called vascular endothelial growth factor (VEGF). It stimulates the growth of new blood vessels, thus spreading the cancer.

Kaelin uncovered the process by which the gene responsible for VHL disease regulated VEGF and made sure it was not overproduced.

This gene is responsible for some types of kidney cancer that occur even in people not born with VHL disease, because it can sometimes mutate over time in the kidney.

Sutent is now one of several approved VEGF inhibitors designed to treat these cancers. 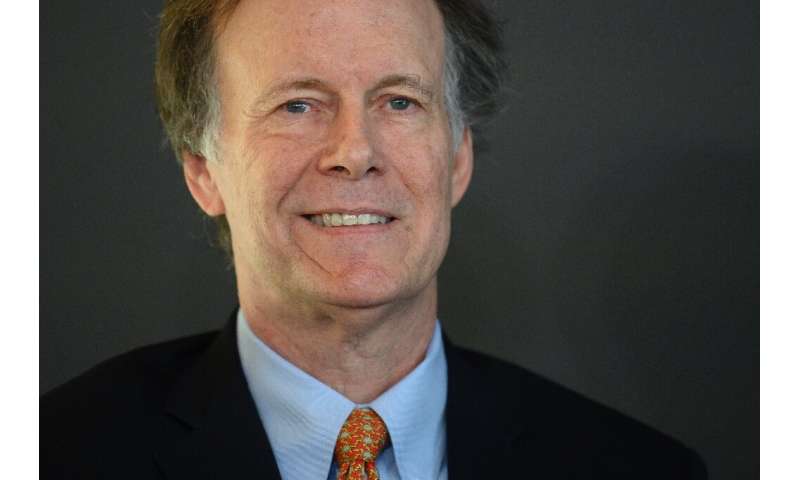 It’s not been an easy ride for Tierney: the drug has toxicities and his treatment is “very rough,” in his words.

After first blasting the site with radiation for several weeks, he began taking Sutent orally, initially on a standard course of 28 days treatment and 14 days recovery.

At first the side effects, including severe diarrhea and weight loss, proved too debilitating, leading Choueiri to experiment with different dosing schedules, settling for the past four years on five days treatment, followed by nine days rest and recovery.

Tierney is something of an outlier in that he has been exceptionally receptive to the drug, but many are not so lucky, says Choueiri.

As Kaelin explains, “Most but not all patients benefit. Even in the group that benefits, many of them will benefit for months or a few years and then the cancer will eventually progress.”

The reasons aren’t fully clear but are probably linked to a tumor’s genetic makeup—one reason why Tierney has volunteered for studies to try to solve the question.

Choueiri says he often has to prescribe patients a combination of VEGF inhibitors as well as immunotherapy drugs—an even newer class of treatment that turn the body’s own natural defenses against the cancer.

According to Kaelin, researchers can go farther down the pathway of oxygen-regulating drugs.

He is working with a company called Peleton on a new treatment that acts on an earlier link in the chain of this pathway and inhibits not just VEGF but other cancer-causing substances.

Early trials are promising, but the work continues.

For Kaelin, a physician-scientist who works both in the lab and with patients, that work is particularly rewarding.

“To now think that I along with many, many, many others who worked in the field, I have been able to move the ball forward and get a better therapy for these patients is just amazing,” he said.

Tierney counts himself lucky to have benefitted from various innovations, and is determined to make the most of his time—regularly taking part for example in kidney cancer research fundraising efforts like charity walks.

“My prolonged survival allowed me to see all of our three children marry, start families, buy houses, and become real decent, great adults,” he said.

He was also able to meet his six grandchildren.