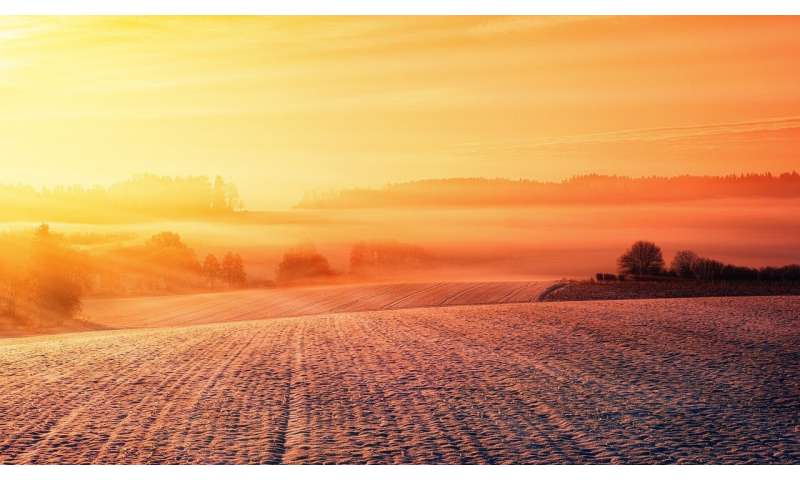 A 2 degrees Celsius rise in temperatures could result in around 2,100 additional deaths from injuries every year in the United States.

This is the finding of research from Imperial College London, Columbia University and Harvard University, published in the journal Nature Medicine.

In the study, funded by the US Environmental Protection Agency and the Wellcome Trust, the researchers calculated the number of additional fatal injuries that would occur in the US if temperatures rose by 1.5 and 2 degrees Celsius. The results revealed an additional 1,600 and 2,100 fatal injuries every year in these two scenarios.

Most of these deaths would be among young men, between the ages of 15-34 years. The three states with potentially the highest number of deaths would be California, Texas, and Florida.

The team then tracked unusual, or anomalous, temperature changes in every month in every county in mainland United States over this 38-year period. By comparing unusual temperatures with injury records, the team estimated the rise in deaths from injuries associated with a rising global temperatures triggered by climate change.

Most of the additional deaths seen during times of unusual temperature rises were among young men, and caused by transport accidents, suicides, drownings and violence explained Professor Majid Ezzati, senior author from J-IDEA, the Abdul Latif Jameel Institute for Disease and Emergency Analytics at Imperial College London. “These predictions suggest we should expect to see more deaths from transport accidents, suicides, drownings and violence as temperatures rise. These new results show how much climate change can affect young people. We need to respond to this threat with better preparedness in terms of emergency services, social support and health warnings.”

In the research, the team used data from the National Center for Health Statistics to calculate the number of deaths from injuries between 1980 and 2017. This revealed 4.1 million boys and men and 1.8 million girls and women died from an injury during this 38-year period. Transport, falls, drownings, assault and suicide accounted for the majority of these deaths.

The results suggest more than 1,200 of the 1,600 excess deaths associated with a 1.5 degrees Celsius rise would be in males. However, among older men and women, warmer winter months were associated with a reduction in deaths from falls.

There were also rises in risk of dying from suicide and assault in warmer temperatures, though not as large as those seen for drowning and transport.

The researchers say the reasons for these increases are not still fully understood. One possible explanation could be people spend more time outdoors in hot weather with more chance of confrontation. People also tend to be more agitated in hot weather, and perhaps drink more alcohol—which could all lead to increased number of assaults. In terms of suicides, previous research has suggested high temperatures are associated with higher levels of mental distress, especially in young people.

Dr. Robbie Parks, lead author from Columbia University’s Earth Institute, said: “Our work highlights how deaths from injuries including assaults, suicides, transport and drowning deaths currently rise with warm temperature, and could also worsen by rising temperatures resulting from climate change, unless countered by social and health system infrastructure that mitigate these impacts.”