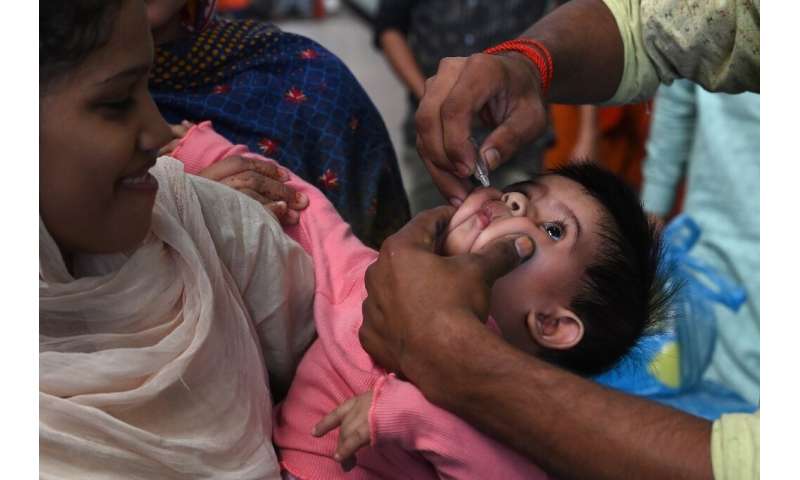 Pakistan says Facebook will help the country in its fight against polio after authorities blamed anti-vaccine content posted last year on the social network site for a leap in the number of cases.

Pakistan is one of only three countries where polio has not been eradicated, but a years-long effort began to show fruit with a major drop in cases from 2016.

By 2018 just 12 cases had been recorded, but to the dismay of Pakistani authorities and the World Health Organization, that number soared to 136 last year.

Pakistani officials quickly tied the surge to a slew of fake news reports and videos claiming many children had been killed by the vaccine that garnered thousands of views and shares on social media.

They called on Facebook do more to remove harmful anti-vaccine content from the site, saying it was jeopardising eradication initiatives and putting the lives of polio workers at risk.

This week a delegation from the company visited Islamabad and reaffirmed their commitment to the campaign, a Pakistani government statement said.

“We stand behind the national and global efforts to create a polio-free world and will continue to support these efforts,” Rafael Frankel, a Facebook regional director, was quoted as saying in a statement released by Pakistan’s ministry of health.

Vaccination campaigns have faced stubborn resistance for years in Pakistan, with many refusing to have their children inoculated because of misinformation and conspiracy theories.

Islamist opposition to all forms of inoculation grew after the CIA organised a fake vaccination drive to help track down Al Qaeda’s former leader Osama Bin Laden in the Pakistani city of Abbottabad.

As Pakistan tries to reach its goal of eliminating polio, the growing global movement against vaccinations—fuelled by social media—has presented a new challenge.