The orderly is shocked because a child is undergoing surgery, but no surgeon is at the bedside. Unseen in a quiet corner of the operating room sits the surgeon, at a comfortable console performing the surgery remotely using robotics. To be clear, robotic surgery is not surgery performed by a robot. Rather, it is surgery performed by a surgeon who controls the daVinci® Robotic Surgical System. Think of the robotic console as a video game controller, but the game is very real.

Usually, the surgeon places three or four laparoscopic ports into the child's abdomen, much like standard laparoscopic surgery. The robot allows the surgeon to operate by controlling those laparoscopic instruments using a console or control pad located near the operating room. For the most part, the console is in the operating room, but it can be someplace else, like an adjoining room or office. The console is not sterile, and surgeons could operate without scrubbing; sterility is not an issue when using the console.

As surgeons became more comfortable with adult robotics, pediatric robotics emerged as a better way to perform surgery on children. Before 2010, there was very little pediatric robotic surgery being performed worldwide. This was because surgeons were still on the learning curve for adult robotics and pediatrics represented a technical challenge because of the child's small size.

Around 2012, the medical community was hopeful that the internet would allow surgeons from one location to perform surgery on a child in another location, for example, across State lines. At the start, this was seen as a potential breakthrough and created the possibility that robotic surgery could be offered to children in remote areas where robotics was not an option.

Unfortunately, the speed of the internet was a limiting factor as the surgeon's movements were delayed by a few seconds during the operation, a major drawback and nonstarter for surgery. In the future, advances in internet speed, including 5G and beyond, may reignite the discussion to perform robotic surgery remotely around the globe.

Faster internet speeds will allow robotic surgery to be performed in remote locations where robots are not available."

Pediatric robotic surgery is largely limited to urological procedures; it has not caught on in the other pediatric surgical specialties that are more comfortable with traditional laparoscopic or open surgery. This could be due to the fact that the robot was originally approved for use only by gynecologists and urologists. The utility of robot surgery is slowly catching on in other pediatric surgical specialties. For example, pediatric general surgical procedures are being performed regularly at some centers.

The adoption of robotics in urology has been so fast that new pediatric urologists need to be trained in robotics to be marketable. It is an expected skill that is demanded of most new employers. Procedures such as nephrectomy, bladder reconstruction, and removal of large kidney stones. As recent as ten years ago, no such training was needed or offered at some fellowships. Now, robotics has taken over the world of pediatric urological surgery and set it on a new course.

At our institution, Rutgers, Robert Wood Johnson Medical School, most major urological cases are performed robotically. Two- or three-day hospital admissions are now cut down to outpatient surgery as we push the envelope. This is a better use of our scarce financial resources and is likely to become more common in the future. Patients can be sent home on the same day because there is less pain and less recovery in robotic surgery compared to open surgery.

At our center, surgeons are now using the daVinci®  Surgical System Single port system to perform surgery. Standard robotic surgery requires three or four laparoscopic ports to be placed by the surgeon to perform surgery. For single port surgery, only one port is needed resulting in less pain, faster recovery, and a better cosmetic outcome, which is important for children from a psychological standpoint (Figure 1). This advance was made possible by new technological innovations.

Single-port robotic surgery is being used at a few centers worldwide and  is likely to be adopted more widely in the next five years." 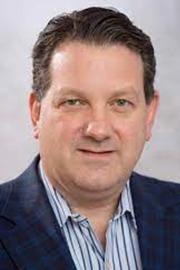 as former Senior Associate Dean for Clinical Affairs and Chief Operating Officer for the medical school overseeing an academic practice of over 550 adult and pediatric providers.  Dr. Barone is a nationally recognized leader in pediatric urology and has published over 150 peer-reviewed articles, book chapters, and is the author of the parenting book "It's Not Your Fault, Strategies for Solving Toilet Training and Bedwetting Problems."

Dr. Barone's clinical research has appeared in scientific and non-scientific publications, including Yahoo, the New York Times, and The Wall Street Journal, to name a few.  His focus is on performing research that can be useful for parents and children today.  For example, Dr; Barone demonstrated an association between breastfeeding and early toilet training and documented the harmful effects of secondhand smoke on the developing pediatric bladder.

Dr. Barone is part of the pediatric robotics team at Rutgers, Robert Wood Johnson Medical School that also includes Dr. Sammy Elsamra, Chief of Robotics, Dr. Haris Ahmed, Pediatric Urologist, and a dedicated group of anesthesiologists and nurses whose collective vision is to innovate and advance robotic surgery for children.

Disclaimer: This article has not been subjected to peer review and is presented as the personal views of a qualified expert in the subject in accordance with the general terms and conditions of use of the News-Medical.Net website.