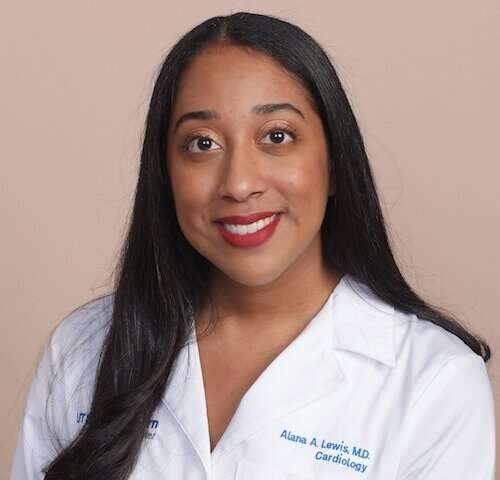 Researchers at UT Southwestern have uncovered evidence that the higher prevalence of “malignant” enlargement of the heart among blacks contributes to the higher incidence of heart failure in this population. The new study is published online in the journal Circulation.

Left ventricular hypertrophy or LVH is the enlargement and thickening of the muscular wall of the left ventricle of the heart, the lower left chamber. This thickening can be detected on an electrocardiogram or with imaging tests like an echocardiogram. LVH can occur in several forms. In about half of cases, LVH occurs without other evidence of heart damage or stress, and in these cases the prognosis appears to be benign and similar to people without LVH. In contrast, in the other half of cases, when LVH occurs together with signs of damage or stress to the heart muscle, the course is malignant and associated with a markedly higher risk of heart failure.

“Malignant LVH is easily identifiable with widely used tests in the clinic, so now that we’ve found this association, we are hoping to identify patients with higher risk for heart failure earlier, when preventive interventions can have a greater impact on future risk,” says James de Lemos, M.D., a professor of internal medicine at UT Southwestern Medical Center.

Previous studies described a malignant type of left ventricular hypertrophy but did not include enough participants to enable researchers to conclude whether the observed differences in malignant LVH contribute to a higher risk of heart failure for black versus white individuals. So the UT Southwestern researchers pooled data from three biracial cohort studies—the Atherosclerosis Risk in Communities (ARIC) Study, the Dallas Heart Study, and the Multi-Ethnic Study of Atherosclerosis (MESA) – to test the hypothesis that malignant LVH may contribute to disparities in heart failure risk.

Combined, the three studies encompassed health data from more than 26,000 people living in North Carolina, Mississippi, Minnesota, Maryland, Illinois, California, New York, and Texas. All three studies included height, weight, blood pressure, and blood test results as well as electrocardiogram results, a measure of the electrical activity of the heart. For this study, the researchers excluded participants with cardiovascular or kidney disease and those who were not self-identified as white or black, which resulted in a study group of 15,710 participants. The median age was 57 years with 56 percent female, 32 percent black, and 36 percent with hypertension.

Individuals with left ventricular hypertrophy were identified by ECG, and the malignant form of LVH was further defined as having abnormal blood marker levels reflecting injury or stress to the heart muscle. For blood markers, the researchers looked for abnormal high-sensitivity cardiac troponin levels or abnormal N-terminal pro-brain natriuretic peptide levels.

Using these characteristics, the team classified all study participants into groups based on whether they had ECG-LVH and abnormal blood markers. Then they determined how many of these participants had been hospitalized or had died due to a heart failure event in the 10 years of follow-up.

The team found that participants with malignant LVH were older, more likely to be male, with diabetes, hypertension, and high blood pressure compared with those without LVH or those with LVH but normal blood tests. They also found that the prevalence of malignant LVH was three times higher among black men and women compared with white men and women.

Heart failure occurred in 512 participants (3.3 percent) over the 10 year study period. Of those, 56 percent were men and 39 percent were black. The rates of heart failure were highest for black men, intermediate for white men and black women, and lowest among white women. Of the participants with malignant LVH, 13 percent developed heart failure compared with 2.7 percent in the group with LVH and normal biomarkers.