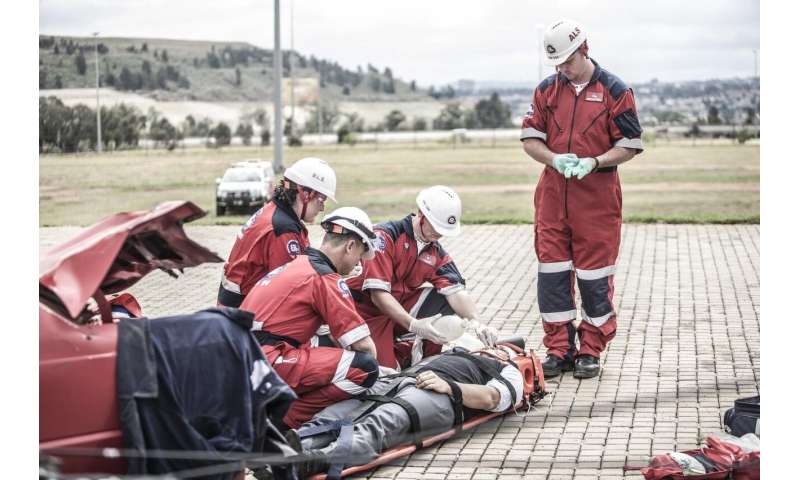 Most people who experience severe trauma recover their health. But 23 percent develop PTSD, a difficult-to-treat illness that combines intrusive thoughts about the trauma, avoidance of reminders of it, low mood and an exaggerated startle reaction. Which trauma victims will develop the disorder and which will be spared is not well understood.

A study just published in the journal Depression and Anxiety both offers new clues on identifying potential PTSD candidates among the population of trauma sufferers and suggests potential interventions that could prevent its development.

The study is the first to gather extensive data from trauma victims during the first 30 days after the traumatic event, a critical period says Matthew Price, associate professor of Psychological Sciences at the University of Vermont and lead author of the study.

“Getting PTSD is not like the flu where you wake up one day with a virus and feel sick,” Price said. “It’s a complex system where a range of symptoms develop, build on themselves and influence each other over time. After about a month, the die is cast, so to understand and prevent PTSD, it’s very important to map the dynamics of how things develop early on.”

The nature of the disease has made that difficult, Price says. Researchers either had little access to trauma victims, who often left the hospital abruptly, or weren’t comfortable being interviewed numerous times during the acute post-trauma phase.

The new study took a novel approach. Using a mobile phone app, a non-intrusive method of gathering information, researchers were able to text trauma victims a series of questions, which they answered when it was convenient, in each of the 30 days after the trauma event.

The questions were crafted so they yielded day-by-day information about the key symptoms that characterize PTSD and were asked in such a way that researchers could track their development over time.

Then the research team used a statistical technique called short term dynamic modeling to determine which symptoms acted as influencers, causing other symptoms to develop and gain strength, which symptoms arose from those influencers and which operated independently.

“For one series of symptoms, the symptom chain looked a lot like fear conditioning,” Price said. “People first had intrusive, unpleasant thoughts about what happened to them, which led them to avoid doing things that remind them of their trauma, and that avoidance led to hypervigilance.” The sequence reflects a commonly accepted theoretical framework for PTSD development.

But feelings of depression seemed to operate independently of the fear conditioning symptoms, Price said.

“Depression wasn’t influenced by other symptoms and wasn’t an influencer; it was off on its own and self-perpetuating.”

“The most commonly used strategy right now is to wait and see,” he said. “The research shows that, by contrast—as challenging as it is to treat victims soon after the trauma—it’s critically important to intervene early to head off the development of full blown PTSD. Prevention is a preferred strategy because many individuals who go on to develop PTSD do not seek out treatment right away. Instead, these folks can suffer for months or years before getting the help they need.”

The research suggests that intervention could happen along two tracks, Price said.

On the hand one hand, patients could undergo a form of exposure therapy to address the fear-based cluster of symptoms. On the other, a more cognitive-based approach could address developing depression.

Which trauma victims are most likely to develop PTSD?

The research findings suggest that those who are “having a strong reaction to trauma cues, who shortly after a trauma seem to be very reactive to things that remind them of their trauma, would probably be good people to look out for,” Price says.

But the questions around PTSD are still very much unanswered, Price said.