Women have been making history for centuries; for some, this was the only choice they had. For disabled women in particular, it was either live the way others expected them to or fight for the lives they knew they deserved.

Anyone with a disability can tell you they’ve faced discrimination at least once in their lives. Whether it’s trying to figure out how to get into a building with a step in front of it or getting ignored on Tinder after someone finds out about your disability, there are countless systemic ways that work to make things difficult for people with disabilities and deny them the opportunities to share their talents and insights with the world. To celebrate Women’s History Month, we took a look at the lives and work of a number of disabled women who left a mark on our culture as a reminder of the thanks we owe to people of all disabilities and backgrounds.

The women featured here — Jillian Mercado, Stella Young, Claudia Gordon, Judy Heumann and Dr. Maya Angelou — are all examples of women who have made major contributions to everything from politics to literature to activism and made the world a better place for everyone.

A version of this story was published in March 2016. 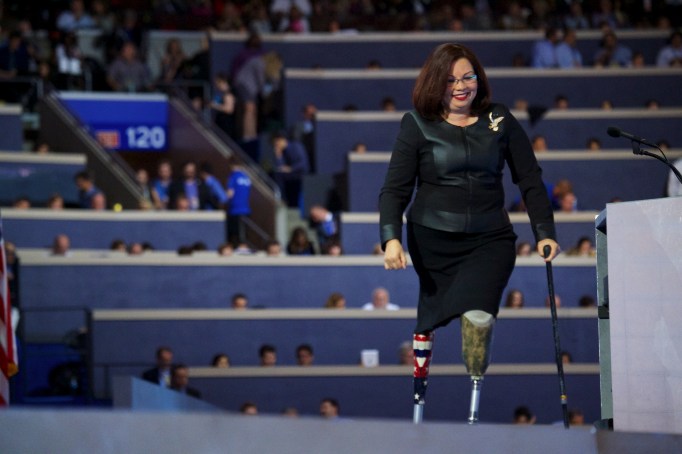 Serving as the junior U.S. Senator from Illinois since 2017, Tammy Duckworth has made a name for herself with a number of firsts: She was the first female helicopter pilot to lead a combat mission, the first double amputee of the Iraq war and the first Thai-American woman and the first woman with a disability elected to Congress and the first senator to give birth while in office. Unafraid to trailblaze — and to do it all with a sense of humor — Duckworth has made strides in her political career introducing a number of bills in favor of making life easier for parents.

Can she get a hell yeah? 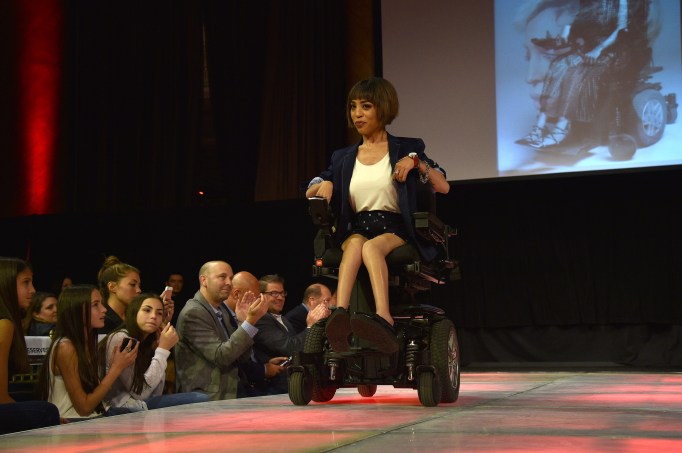 Jillian Mercado is one of the first-ever signed models with a physical disability. When she started to consider modeling as her chosen career, she tried to find other models who used wheelchairs but had no luck. There barely any models with physical disabilities of any kind.
About four years ago, Mercado went to an open casting call that ended up changing her life and the modeling industry. She got hired for a Diesel Jeans ad campaign and was signed by IMG Models a year later. Since then, she has appeared in Beyoncé’s merchandise campaign for her Formation tour and starred in Target commercials. 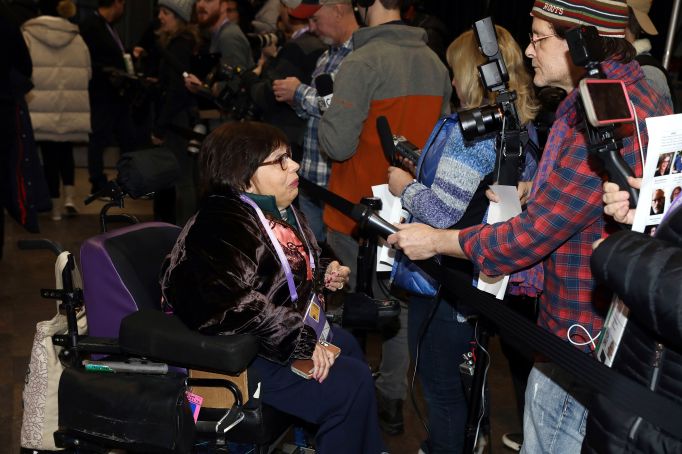 When Judy Heumann was sent home for being a “fire hazard” in elementary school, she realized how unfair the world can be and knew she needed to make a change. She ended up becoming the first wheelchair user to teach in New York City after the board of education initially denied her license. Heumann sued for discrimination when she found out she was only denied because of doubts she could help a student in an emergency or go to the bathroom by herself — she won and went on to teach for three years.

She became the U.S. assistant secretary of education for special education and rehabilitative services after teaching and now works for the State Department as a special advisor for international disability rights. 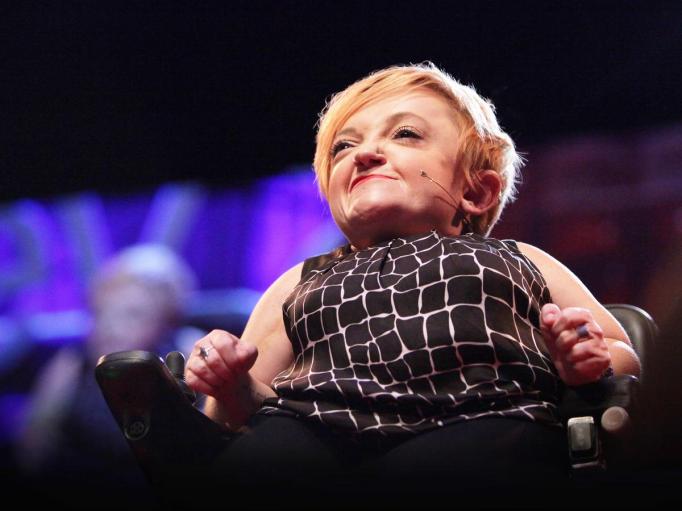 Stella Young took over the media trying to normalize disability — she wrote articles, edited an online magazine, had her own comedy show and hosted Australia’s first disability culture TV show, No Limits. She even did a TEDx talk in 2014 called “I’m Not Your Inspiration, Thank You Very Much.”
With her TEDx talk, she opened up millions of people’s eyes and introduced the concept of “inspiration porn.” It’s when people see others with disabilities as “living, breathing feel-good memes” and as weird as it sounds, it’s not uncommon for someone with a disability to be told they’re an inspiration while they’re doing their daily routine. 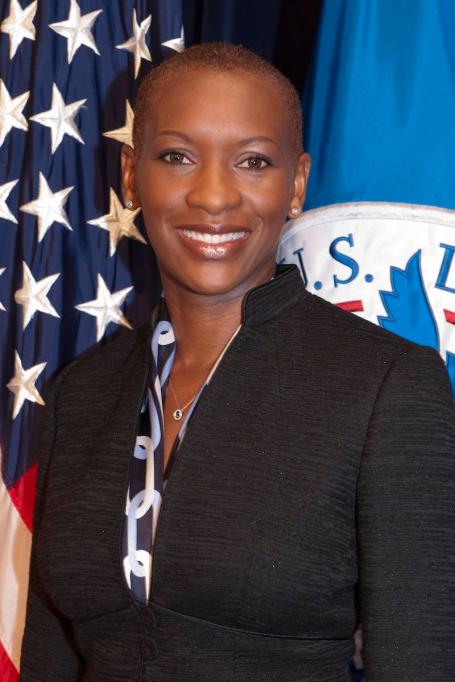 Claudia Gordon is making changes in Washington, D.C., and is working with former President Obama to solve national disability issues. She has advocated for the deaf and disabled communities through all her work; Gordon has worked at the National Council on Disability, the National Coalition for Disability Rights and Homeland Security (where she worked on making sure the government has emergency preparedness plans in place for people with disabilities.)
Most important, she is the first black deaf lawyer in America and the first deaf student to graduate from American University’s law school. 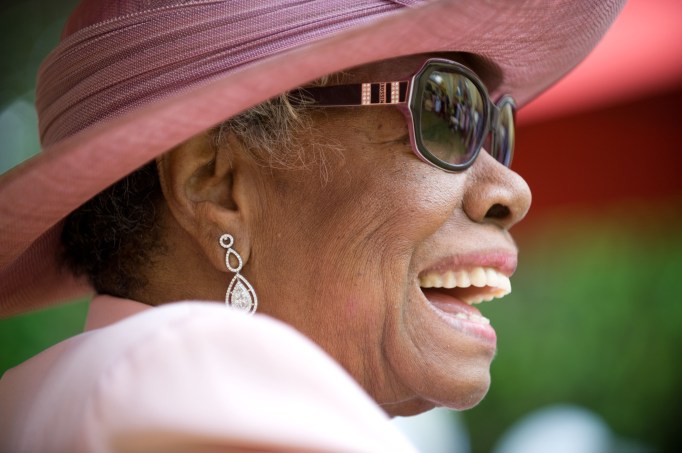 You may know her name, but what you probably didn’t know is that she grew up with a disability. That’s right! Dr. Maya Angelou, the author all of your favorite poems, had a hidden disability.
When she was a child, she was abused and sexually assaulted by her mother’s boyfriend. When she told someone about it, he was convicted, released and found dead. The trauma of being raped and thinking she caused her abuser’s death after she spoke up caused her to develop selective mutism (an anxiety disorder that causes a child to barely speak in certain situations.) For Angelou, this meant being completely silent for five years.
She was one of the most influential black women in history and turned her struggles into powerful life lessons.
As a woman with a disability, I can’t thank Angelou and the rest of these women enough. They have impacted the life I now have and shown us that no matter what obstacles life may throw at you, you can’t give up. These women fought for the life they wanted and won. Now, let’s all follow their example and make our mark on the world.