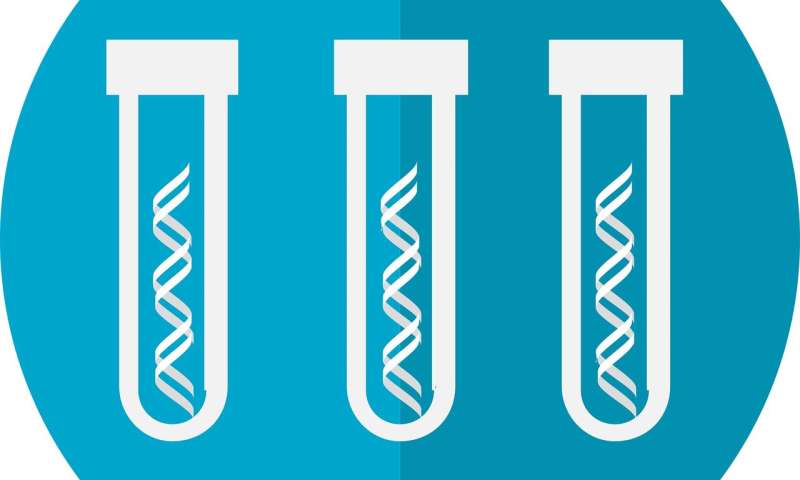 About 1 in 40 postmenopausal women diagnosed with breast cancer before age 65 have cancer-associated mutations in their BRCA1 or BRCA2 genes, according to a Stanford-led study of more than 4,500 participants in the long-running Women’s Health Initiative.

The prevalence of the mutations in this group is similar to that of Ashkenazi Jewish women, whom the U.S. Preventive Service Task Force suggests should discuss their cancer risk with their physicians to determine if genetic testing is warranted. Currently, most guidelines don’t address testing postmenopausal women with breast cancer in the absence of other risk factors.

Identifying women with inherited cancer-associated mutations, particularly in the BRCA1 and BRCA2 genes, is important because some of the mutations also substantially increase the risk of other cancers, including ovarian cancer. Because these mutations are passed through families, knowing that a woman carries one of these mutations may encourage her healthy relatives to discuss their own risk factors with their doctors.

“There’s been a lot of controversy in the field as to whether every woman with breast cancer should receive genetic testing,” said Allison Kurian, MD, MSc, associate professor of medicine and of epidemiology and population health at Stanford, “in part because we didn’t know how prevalent cancer-associated mutations are in this largest subgroup of newly diagnosed people—that is, women who develop breast cancer after menopause without the presence of any known hereditary risk factors.”

Unlike mutations that accumulate over time, specifically in cancer cells, germline mutations are inherited and are found in every cell of the body.

Physicians primarily consider a woman’s age at diagnosis and her family’s cancer history when determining whether to recommend genetic testing. A woman diagnosed with breast cancer before age 50, for example, or a healthy woman with several close family members who have had breast or ovarian cancer, is more likely to be referred for genetic testing than a postmenopausal woman with breast cancer and no other risk factors.

For the study, Kurian and Stefanick and their colleagues set out to compare the prevalence of cancer-associated mutations in 10 breast-cancer risk genes, including BRCA1 and BRCA2. They compared 2,195 women who were diagnosed with breast cancer at an average age of 73 with 2,322 women without breast cancer.

The data for the study came from the Women’s Health Initiative, which enrolled more than 160,000 women ages 50 to 79 throughout the United States between 1993 to 1998 to conduct the largest study of postmenopausal health in the country. Stefanick served as chair of the initiative’s steering committee for most of the project.

Only about 31% of those women with cancer and 20% of those without cancer, both with BRCA1 or BRCA2 mutations, were likely to have been recommended for testing under the current guidelines of the National Comprehensive Cancer Network.