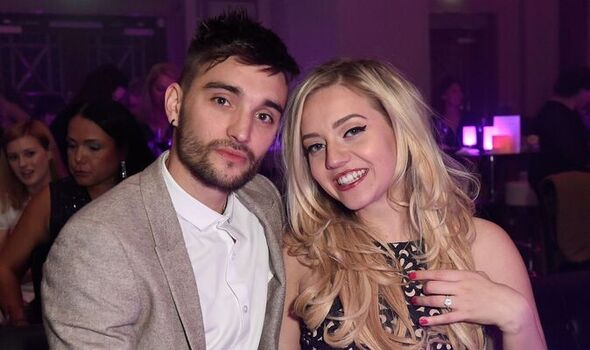 The Wanted singer died at a hospice near the couple’s south-east London home in March at the age of 33 after being diagnosed with stage four glioblastoma.

Kelsey Parker, 32, revealed how they had visited a clinic in Spain in a desperate bid to prolong his life by exploring options outside the
chemotherapy and radiotherapy he was having.

She said: “When we were in treatment, I used to speak to people all the time – different families, children who have got brain tumours, other husbands, other wives. And it is just the same thing – everyone has to go abroad.

“When you get diagnosed, because the standard of care hasn’t been changed in 30 years, you are clutching at straws and thinking, “What else can I actually do?” You have to go abroad.

“There needs to be more done in this country. How can it be the biggest killer and get one per cent of funding? I just don’t understand it.”

Dr David Jenkinson, chief scientific officer with The Brain Tumour Charity, agreed that more finance must be found for research and treatments into this form of the disease.

He said: “We have seen with Covid and also with other cancers that when there is a sustainable amount of money put into research it leads to new treatments and new therapies.”

But Mr Jenkinson, an expert in oncology with more than 20 years of experience in the field, warned some treatments offered abroad had not been given clearance.

He added: “We totally understand why people who are very desperate choose to travel but some of these therapies have not been fully tested.

“Some of them are going through testing but they are not at a stage where the NHS would be able to prescribe them.”

Tom, in the boy band that sold more than 12 million records worldwide, had revealed in October 2020 he had been diagnosed with stage four of the aggressive cancer and had started to undergo both radiotherapy and chemotherapy.

He wrote about his experiences in a book entitled Hope. Tom and Kelsey were married in 2018 and have son Bodhi, two, and daughter Aurelia Rose, three.

The actress told BBC’s Breakfast: “We are just trying to live life best as we can. That’s it. That’s all I can do.”