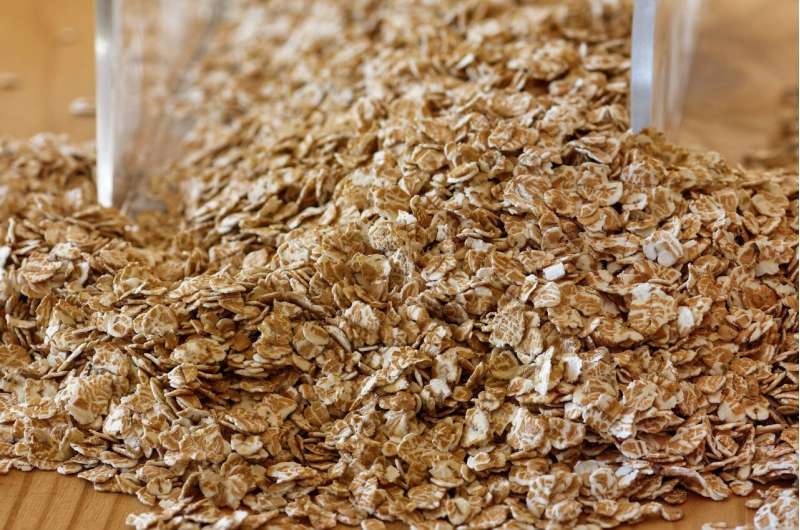 A diet rich in whole grains, which are naturally high in fiber, is associated with lowering a person’s risk for various health problems. Overall, Americans are eating more whole-grain foods than ever before, researchers from the Friedman School of Nutrition Science and Policy at Tufts University report in a new study, published November 30 in the American Journal of Clinical Nutrition. However, the increase in whole-grain intake over the past two decades could be 39.5% or 61.5%, depending on which definition of a whole-grain food is being used. In addition, Americans’ mean consumption of whole-grain foods remained far below the recommended consumption of at least three ounces each day and varied considerably by each definition.

The researchers say there’s a clear need to standardize how consumers, researchers, and policymakers talk about whole-grain foods. The study compared overlapping definitions from five institutions: the Dietary Guidelines for Americans, the U.S. Food and Drug Administration (FDA), the American Heart Association, the American Association of Cereal Chemists International, and the Whole Grains Council. The research team applied the various definitions of a whole-grain food to the dietary intakes of over 39,700 adults captured by the National Health and Nutrition Examination Survey (NHANES) between 2003 and 2018.

“We found that each definition captured very different types of grain- or flour-containing foods as whole-grain foods, resulting in differences in the average consumption of whole-grain foods and the associated trends,” says lead author on the study Mengxi Du, a Ph.D. candidate in the Nutrition Epidemiology and Data Science program at the Friedman School. As a consumer, she said she has had the experience of struggling to identify what is or isn’t a whole-grain food via the packaging labels. Recent surveys suggest nearly half of American consumers have similar challenges.

When looking at the different categories of whole-grain foods identified by these definitions, while some similarities were identified—whole-grain bread consumption increased under all definitions—there were more differences. The government-led FDA’s definition was the strictest, categorizing the fewest foods as whole-grain foods compared to the industry-led Whole Grains Council’s, which was the most lenient but could be least healthy based on a prior study.

One surprising finding was how the foods of different population subgroups were classified depending on the applied definition. For example, individuals who are non-Hispanic white had a higher intake of whole-grain foods compared with other racial/ethnical groups under all definitions, except for the definition proposed by the American Heart Association, under which Hispanic individuals had the highest intake. The possible reason is that the American Heart Association’s definition is more sensitive to identifying dishes such as corn-based burritos, tacos, and nachos as whole-grain foods.

“We can’t say which is the best definition yet as we need to assess the nutrient profiles of each and how these different definitions are associated with health outcomes. Our findings, however, underscore the imperative need for a consensus on whole-grain food definition. A consistent definition across agencies is essential to further promoting whole-grain food consumption in the U.S. population,” says Fang Fang Zhang, senior author on the study and interim chair of the Division of Nutrition Epidemiology and Data Science at the Friedman School.