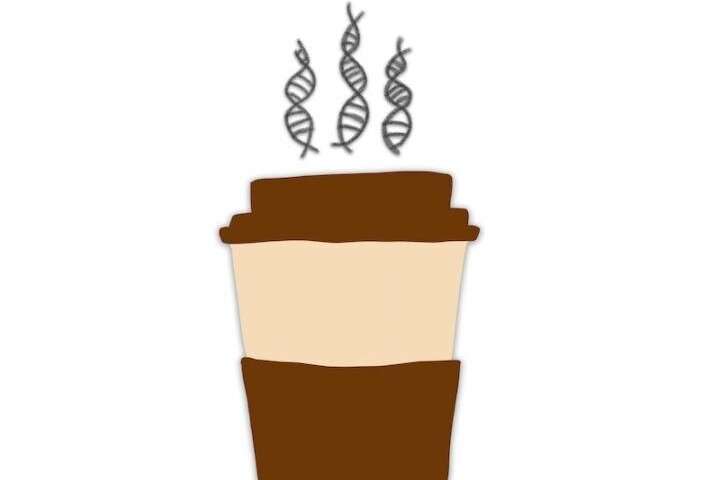 Researchers at the RIKEN Center for Integrative Medical Sciences (IMS) in Japan and colleagues at Osaka University have found genetic variations in humans related to specific dietary habits. Published in Nature Human Behaviour, the genome-wide association study found 9 gene locations associated with eating and drinking foods like meat, tofu, cheese, tea, and coffee. Among them, three were also related to having particular diseases such as cancer or diabetes.

Genome-wide association studies are usually carried out when scientists want to know if a disease is related to a specific genetic variation. To do this, they group hundreds of thousands of people depending on whether or not they have the disease and compare the genomes across groups. They scan the whole genome looking at variations in DNA called single nucleotide polymorphisms (SNPs). If they find an SNP that is consistently associated with the disease group, they can say that people with that genetic variation might be at risk for the disease.

Rather than first looking at diseases, the RIKEN team looked at dietary habits. They wanted to find out if there are any specific genetic variations that make people “at risk” for habitually eating certain foods. “We know that what we eat defines what we are, but we found that what we are also defines what we eat,” says Yukinori Okada, Senior Visiting Scientist at RIKEN IMS and professor at Osaka University.

Overall, the study found 10 diet-genome associations that have never been reported before; four related to coffee and three related to alcohol. One SNP already known to be associated with coffee and alcohol was found to be related to almost all of the dietary items that were examined. “We found that this particular variation in a single DNA nucleotide at the ALDH2 gene was related to consuming less alcohol, natto, tofu, and fish, and at the same time, related to consuming more coffee, green tea, milk, and yogurt,” says Okada.

Just as the genome comprises all the genetic material of an organism, the phenome comprises all the possible observable traits, known as phenotypes. In order to determine whether any of the SNPs associated with diet were also related to diseases, the researchers performed a phenome-wide association study. The results indicated that six of the SNPs were related to at least one disease phenotype, including several types of cancer as well as type-2 diabetes.