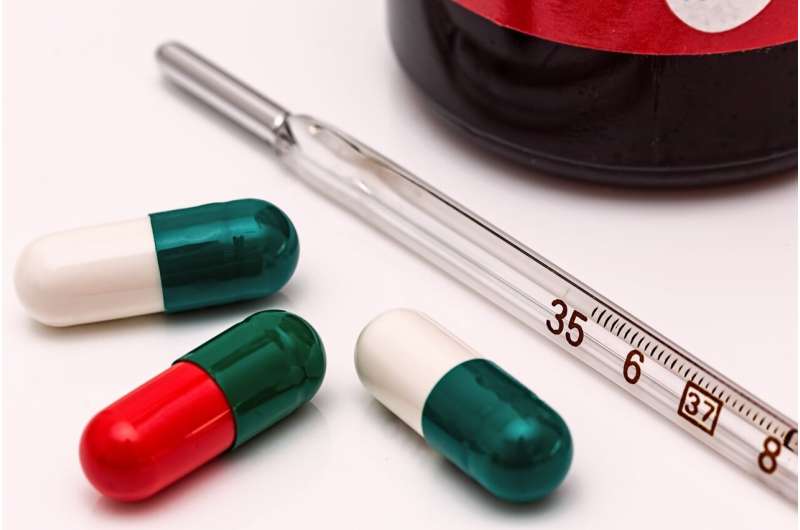 Harni Patel, pharmacist and owner of Tamarac Pharmacy, finds herself fielding calls daily from panicked parents of feverish children searching for everything from Children’s Tylenol to Amoxicillin to Tamiflu.

Flu season has hit hard in South Florida, and drug shortages rippling through the country are creating nightmares for those who get sick.

“Parents are coming to the pharmacy to find an antibiotic and then when can’t find what they need, they leave to go to another,” Patel said. “They often have a sick child with them, and they are distraught that they cannot get their medication.”

In the U.S., 47 states are currently experiencing “high” or “very high” respiratory virus levels, and Florida is among them. Experts say the country has been hit by a “tripledemic” of ongoing COVID-19, influenza, and respiratory syncytial virus.

“We are so busy we can’t keep up with the phone calls and sick kids,” said Dr. Josie Stone, a pediatrician with Advanced Pediatrics of Boca Raton. While most of the respiratory illnesses Stone sees are viral, children often get complications such as ear, sinus and throat infections that require antibiotics, she said. With children all over the country suffering from the same complications, South Florida pharmacies have a limited supply of many of the most common antibiotics.

The antibiotics in short supply include Amoxicillin and Augmentin to treat ear and skin infections as well as Azithromycin (referred to as a zpack) used to treat certain bacterial infections, such as bronchitis and pneumonia. It also includes medications such as Albuterol to treat asthma or breathing problems.

“It’s been hard for us to help the kids who are sick because we don’t the medications they need and we can’t order them,” said Natasha Patel, co-owner of University Pharmacy in Coral Gables and no relation to the Tamarac Pharmacy owner. “We work with the doctor to see if we can help the patient with something we do have in stock.”

Stone said she will look for other options if a pharmacy doesn’t have the medicines she prescribes in stock. “There is usually another option, but it can delay getting them started” with treatment, she said. And for children with allergies, the choices can be limited. “I tell them if they can’t find it to call me, and we are on the phone back and forth.”

The majority of respiratory illnesses come with fever, which is why decreased availability of acetaminophen (Tylenol) and ibuprofen (Advil/Motrin) for children is drawing concerns.

“Obviously all three (COVID, flu, RSV) will cause fevers, and Tylenol and Advil are used most frequently and cover all three,” said Dr. Jorge Perez, neonatologist and co-founder of KIDZ Medical Service (KIDZ) which provides pediatric and neonatal health care in South Florida. “We have seen kids who had two of three illnesses at the same time now that we are in the winter months.”

The Centers for Disease Control and Prevention has warned Americans this would be an early and potentially brutal flu season now that much of America has abandoned preventive measures such as masking. Still, most Floridians have shunned the call to get their flu shots, with less than 25% getting vaccinated. And less than 2% of Florida children and 22% of seniors have received a COVID booster, ranking the state 47th for its uptake.

Now, the antiviral Tamiflu, used to shorten the duration of influenza when taken within 48 hours, is nearly impossible to get.

“It’s back-ordered,” said Patel at University Pharmacy. “We were fortunate to grab some before it become so hard to get. It’s enough to help a small number of people but we can’t order anymore.”

In addition, a nationwide shortage of Adderall and other generic brands of ADHD drugs has people scrambling to find the medicine they’ve been prescribed.

“There are restrictions on pharmacies on how many we can get per month,” said Natasha Patel. “It’s created a huge disturbance.”

“I am getting at least 20 calls a day from patients looking for Adderall who are frustrated,” she said. “They are going pharmacy to pharmacy and no one has it. People who have real ADHD are suffering big time.”

Diabetes medications such as Ozempic and Trulixty also are in short supply in South Florida as more people use them off-label for weight loss.

Several initiatives are underway in both the private and public sectors to address certain drug shortages. For example, the FDA has urged compounding pharmacies to produce Amoxicillin. Earlier this week, White House press secretary Karine Jean-Pierre promised that the administration and the Food and Drug Administration are monitoring the problem, but added that the “FDA does not manufacture drugs and cannot require a pharmaceutical company to make … more of a drug or change the distribution of a drug.”

Stone said the shortages of antibiotics and over-the-counter fever reducers could go on for a few more months, noting that flu season tends to peak in January or February in Florida.

On Friday, Amazon had a limited supply of children’s Tylenol with delivery dates of next week. But as one South Florida mother noted: “When your child is burning up, you don’t have time to wait.”