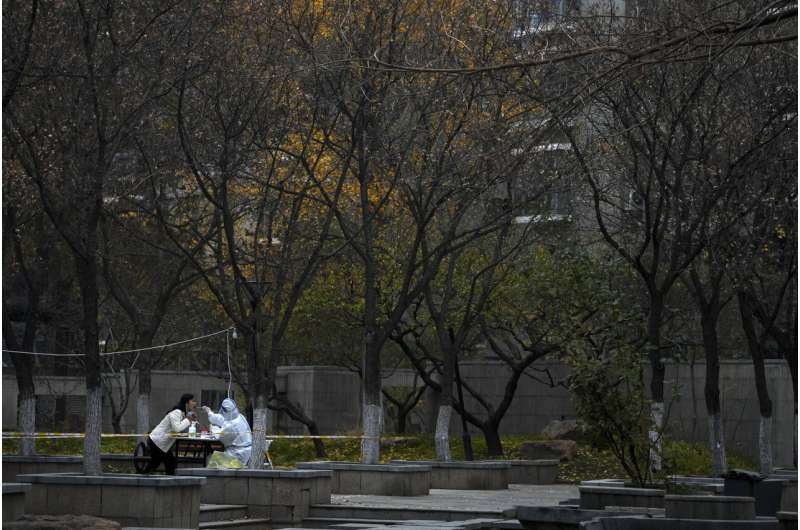 Residents of some parts of China’s capital were emptying supermarket shelves and overwhelming delivery apps Friday as the city government ordered faster construction of COVID-19 quarantine centers and field hospitals.

Uncertainty and scattered, unconfirmed reports of lockdowns in at least some Beijing districts have fueled demand for food and other supplies, something not seen in the city for months.

Unusually large numbers of shoppers in the city’s northern suburbs left shelves bare in markets, but customers were relatively few in the center of the city of 21 million, where supplies remained abundant.

Daily cases of COVID-19 across the country are hitting records, with 32,695 reported Friday. Of those, 1,860 were in Beijing, the majority of them asymptomatic.

Most residents of the city have already been advised not to leave their compounds, some of which are being fenced in. At entrances, workers clad head to toe in white hazmat suits stop unauthorized people and make sure residents show a recent negative COVID-19 test result on their cellphone health apps to gain entry. 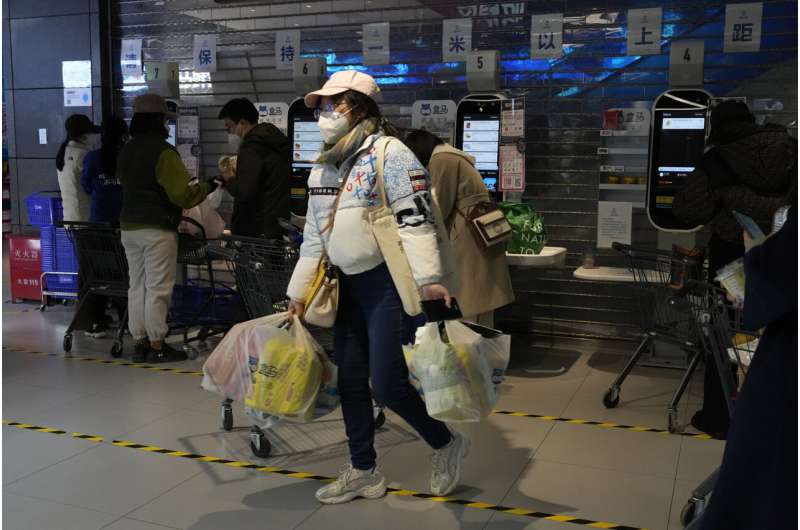 Several university campuses have been closed off and students in lower grades have been shifted to online classes.

Meanwhile, some of Beijing’s grocery delivery services have reached capacity.

An increase in demand combined with a worker shortage left some customers unable to book same-day delivery slots on Friday for food and supplies from popular online grocery services such as Alibaba’s Freshippo and Meituan Maicai.

Online, some Chinese users said some delivery personnel were unable to work because their compounds were locked down. The reports could not be verified.

At a Friday afternoon news conference, city government spokesperson Xu Hejian said it was necessary “to strengthen the management and service guarantee” of quarantine centers and field hospitals where people who test positive for COVID-19 or have been in close contact with an infected person are taken by police. 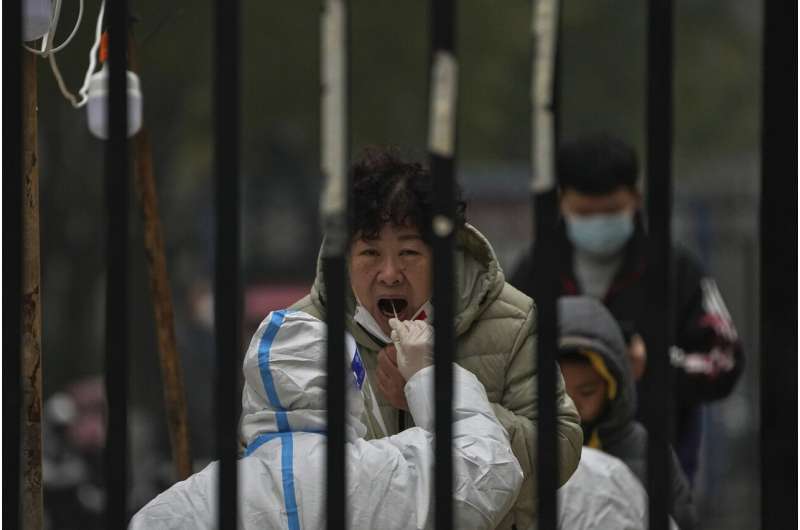 Authorities must “further accelerate” their construction and “coordinate the allocation of space, facilities, materials, personnel and other resources,” Xu said.

Officials have in recent days repeatedly insisted that China must stick with its hard-line “zero-COVID” policy that mandates lockdowns, mass testing and quarantines for anyone suspected of having come into contact with the virus. The policy is seen as taking a harsh toll on the economy and upending lives in many Chinese cities, leading the World Health Organization and others to call for a change in tack—calls the ruling Communist Party has angrily rejected.

While the number of cases and deaths in China is relatively low compared to the U.S. and other countries, the party remains committed to the strategy, which aims to isolate every case and eliminate the virus entirely. Most other governments have eased anti-virus controls and now rely on vaccinations and immunity from past infections to help prevent deaths and serious illness. 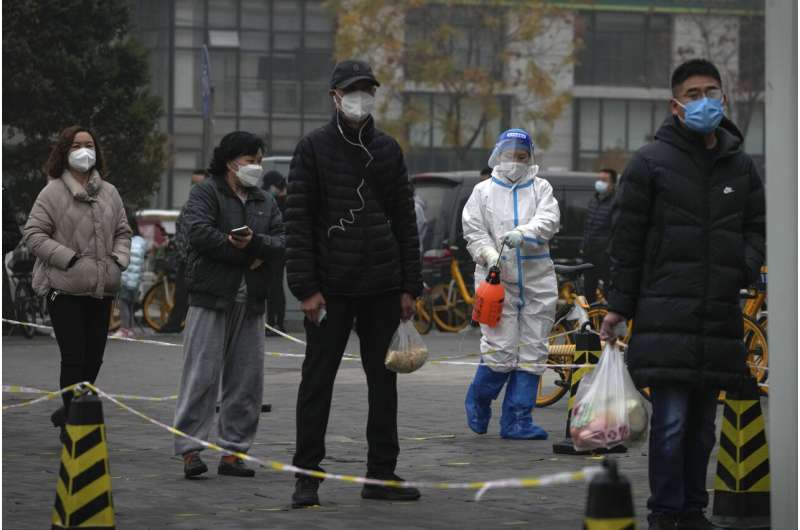 Harsher measures have been enacted in many other parts of China, despite the government urging more precise and targeted measures to reduce the social burden and economic costs. Local officials are under intense pressure to prevent outbreaks and often gravitate toward the most extreme measures.

Guangzhou suspended access Monday to its Baiyun district of 3.7 million residents, while residents of some areas of Shijiazhuang, a city of 11 million people southwest of Beijing, were told to stay home while mass testing is conducted.

A key issue is concern about public vulnerability to the virus. With few having caught COVID-19 or even having been exposed to the virus, only a small percentage are thought to have built up effective levels of virus-fighting antibodies.

China has an overall coronavirus vaccination rate of more than 92%, with most people having received at least one dose. But far fewer older Chinese—particularly those over age 80—have gotten the shots and the earlier vaccination drive seems to have lost momentum. 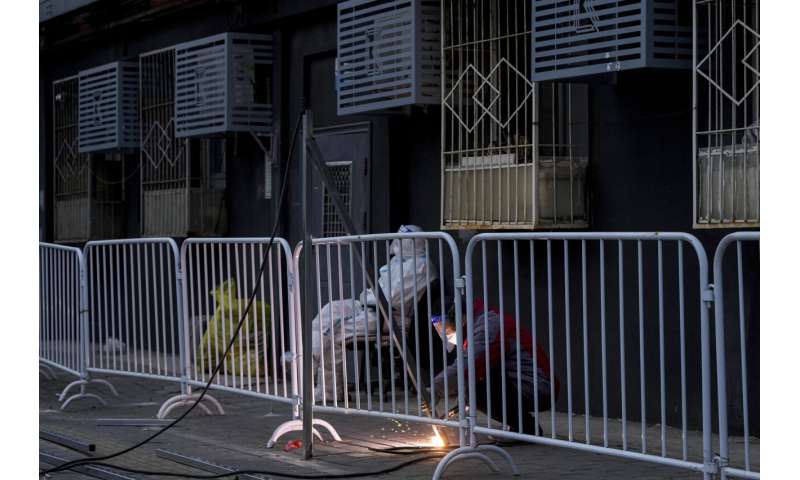 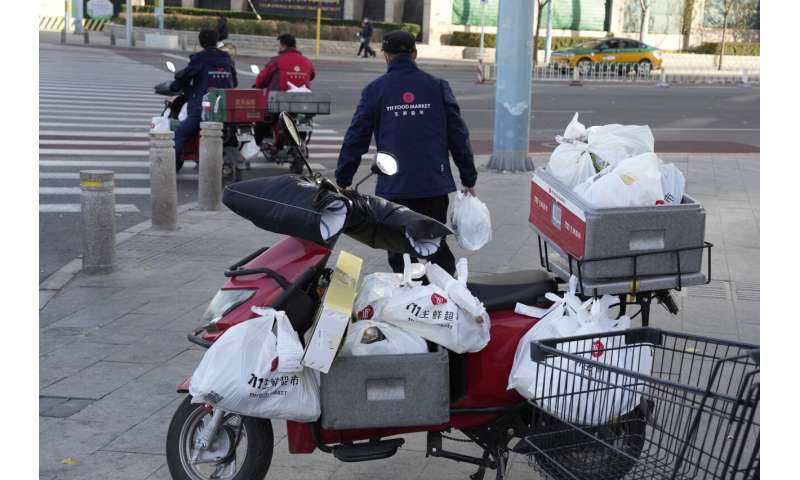 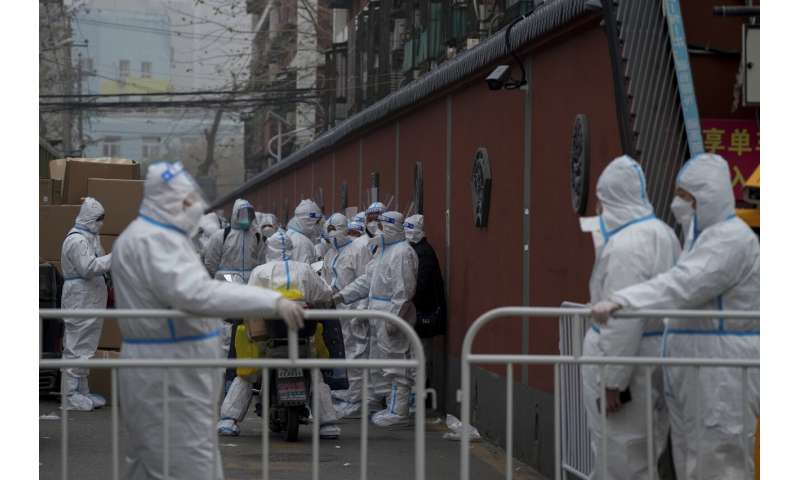 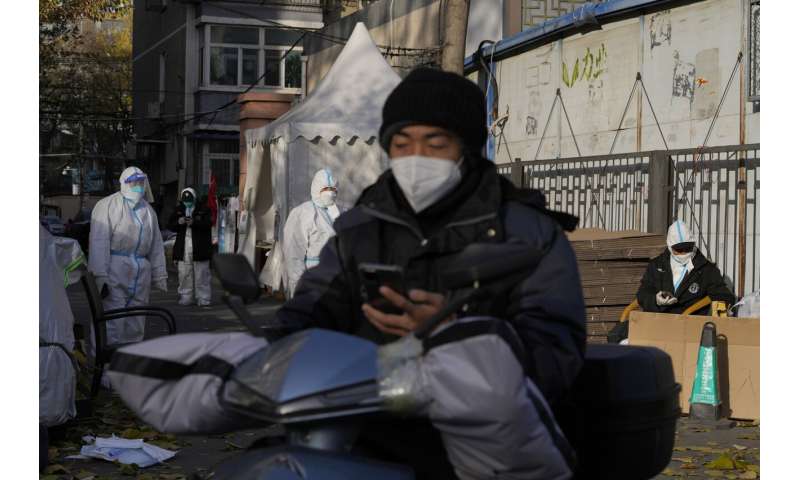 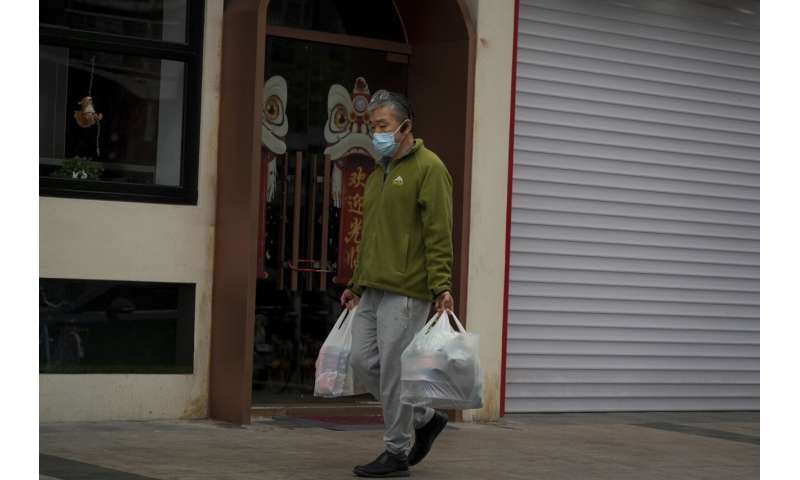 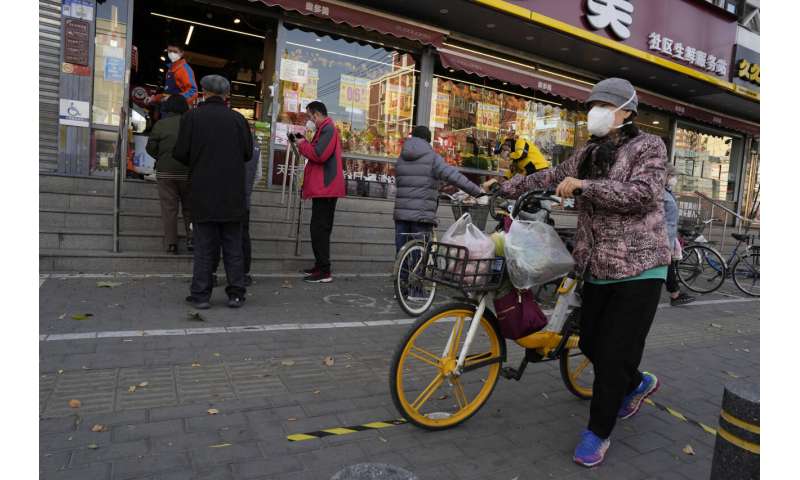 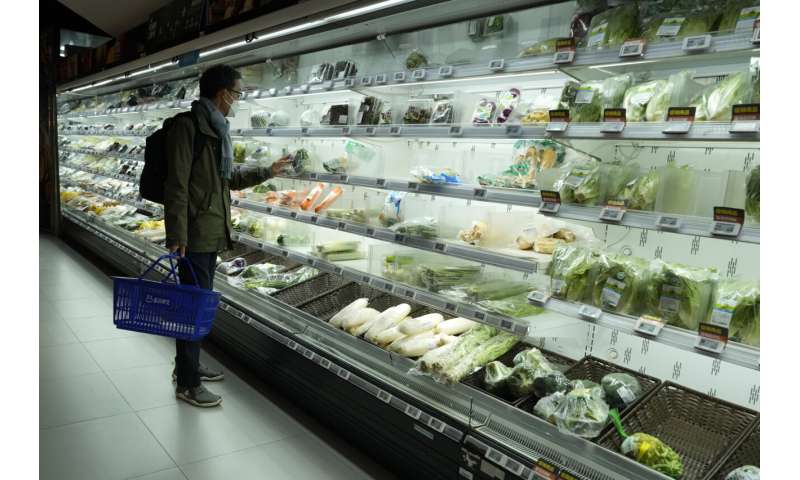 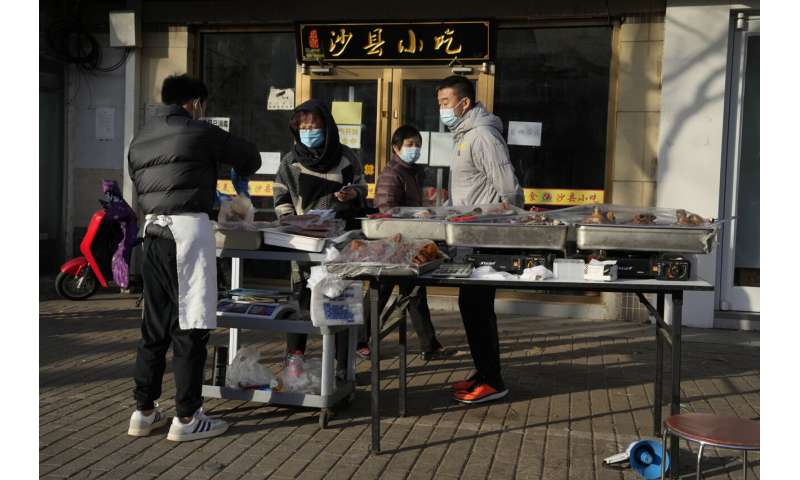 Also Friday, Beijing cut the amount of reserves that banks are required to hold in a move that will help lenders comply with orders to defer repayments by companies that are struggling because of increasing anti-virus controls.

The amount of their deposits that banks are required to leave with the People’s Bank of China will be cut by 0.25 percentage point to an average of 7.8%, the central bank announced. It didn’t mention virus controls and said the cut would “consolidate the upward basis for economic stability.”

Private economists and the International Monetary Fund have trimmed already low forecasts of China’s annual economic growth as the government closes shops and offices and tightens controls on manufacturing.

© 2022 The Associated Press. All rights reserved. This material may not be published, broadcast, rewritten or redistributed without permission.