A team of researchers working at Brigham and Women’s Hospital and Harvard Medical School has found evidence of brush cells in the mouse nose secreting proinflammatory lipids. In their paper published in the journal Science Immunology, the group describes their study of chemical-sensing cells in the noses of mice and what they learned about them.

Human allergies and sensitivities to environmental materials have grown worse over the past several centuries as human activities have resulted in an increase in irritants. Scientists studying allergies have learned a lot about what happens during such reactions, but still do not know what triggers them. In this new effort, the researchers working in Boston have found evidence of chemical-sensing cells in the noses of mice that produce chemicals that lead to inflammation.

Prior research has shown that immune cells in the blood produce a lipid known as cysteinyl leukotriene. This fatty acid has been identified as playing a role in allergic and sensitivity reactions. Careful study of the mouse nasal brush cells showed that they, too, produce the lipid—but only when exposed to certain molds or dust mite proteins, or the energy carrier adenosine triphosphate. Testing the cells in living mice showed that exposure to the same irritants produced swelling in nasal tissue. The researchers also found that if they removed the brush cells from the noses of test mice, they experienced less inflammation. 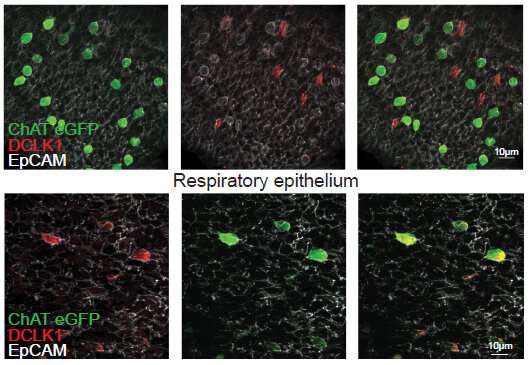 The researchers next plan to carry out similar research on brush cells in humans. If they find similar results, the next step will be to study the possibility of turning off their response to irritants or removing them altogether in extreme cases. They also plan to continue their study of brush cells as part of their effort to learn more about the factors that lead people to develop allergies. 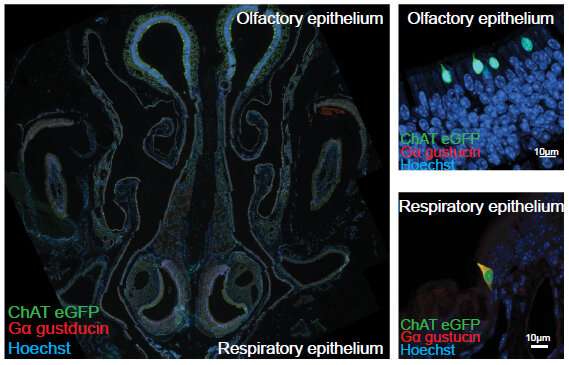