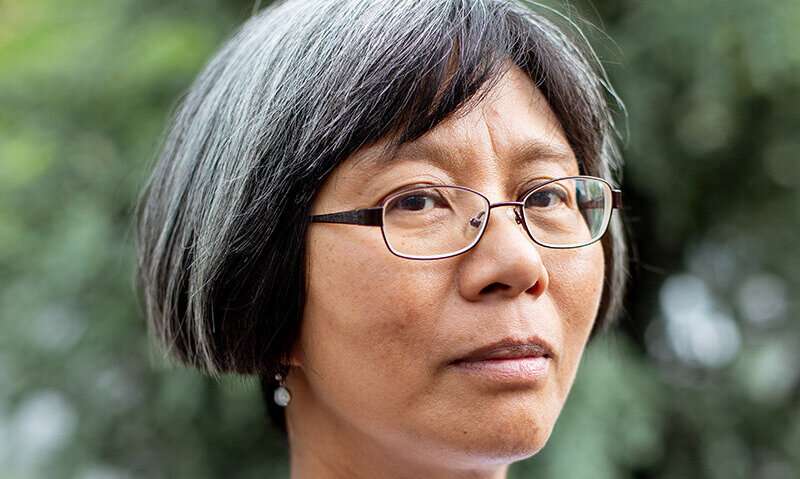 The red, tube-shaped flowers of the firecracker bush (Bouvardia ternifolia), native to Mexico and the American Southwest, attract hummingbirds. The bush also provides the chemical bouvardin, which the lab of University of Colorado Cancer Center and CU Boulder researcher, Tin Tin Su, Ph.D., and others have shown to slow a cancer’s ability to make proteins that tell cancer cells to grow and spread. Now a paper based on nearly half a decade of work, published in the journal Cancer Research, shows that the molecule SVC112, based on bouvardin and synthesized by Su’s Colorado-based pharmaceutical startup, SuviCa, Inc. acts specifically against head and neck cancer stem cells (CSCs), resulting in better tumor control with less toxicity to healthy cells than existing, FDA-approved protein synthesis inhibitors. The group hopes these promising preclinical results will lay the groundwork for human clinical trials of SVC112 in head and neck cancer patients.

“Proteins are the keys to initiating genetic programs in the cells to tell them Now you grow, now you stay put, now you metastasize. And those proteins are called transcription factors,” says paper co-senior author, Antonio Jimeno, MD, Ph.D., director of the Head and Neck Cancer Clinical Research Program and co-leader of the Developmental Therapeutics Program at CU Cancer Center, member of the Gates Center for Regenerative Medicine, and the Daniel and Janet Mordecai Endowed Chair for Cancer Stem Cell Research at the CU School of Medicine.

Cancer stem cells (CSCs) are a subpopulation of cancer cells that, like healthy stem cells, act as factories, manufacturing cells that make up the bulk of a cancer’s tissue. Unfortunately, CSCs often resist treatments like radiation and chemotherapy, and can survive to restart tumor growth once treatment ends.

“Many groups have linked the production of transcription factors to the survival and growth of cancer stem cells, but inhibitors have just been too toxic—they come with too many side effects. Definitely our studies suggest that this drug could be an advantage over existing drugs. It inhibits protein synthesis in a way that no other drug does and that’s why we’re excited,” says Su, who is also co-leader of the CU Cancer Center Molecular and Cellular Oncology Program.

Importantly, the group’s work showed that SVC112 acts specifically against proteins like Myc and Sox2 needed by cancer stem cells, while leaving healthy cells relatively unharmed. They did this by comparing the effects of the drug in “matched pairs” of cancer cells and healthy cells grown from samples graciously donated by five head and neck cancer patients in Colorado. For further comparison, the group did the same experiments with the FDA-approved protein synthesis inhibitor known as omacetaxine mepesuccinate (also called homoharringtonin, or HHT).

The next step was using SVC112 to treat head and neck tumors grown in mouse models from samples of human tumors. Earlier work had shown that SVC112 sensitized previously radiation-resistant CSCs to radiation treatment, and so the group tested SVC112 and radiation alone and in combination.

“What we saw is that only when you decrease the population of cancer stem cells to under 1 percent of the total makeup of a tumor did the tumor shrink,” Jimeno says. “It’s like cancer stem cells are in the control tower, directing the growth of the tumor. If you impair enough of these directors, other cancer cells don’t know what to do and cancer growth slows down or stops.”

Ongoing work continues in two major directions, with Su’s team continuing to propel the drug toward the clinic and Jimeno’s team working to understand of the basic biology driving the drug’s action, how to best combine it with other treatments such as radiation or immunotherapy, and its potential uses in other cancer types.

“This is the first report of the drug, from the drug’s chemical structure, its basic effects on commercial cell lines, to its mechanism of action with patient-derived cell lines and more complex action on CSCs, all the way to animal models from patient samples,” Jimeno says.

Early drug development undertaken outside the funding structure of established pharmaceutical sponsors often requires contributions from many sources, and the current project is no exception, receiving support from subcontracts to SuviCa’s Small Business Innovation Research (SBIR) award, a National Institutes of Health grant to the Su lab, pilot funding from the CU Cancer Center, and philanthropy support from the Gates Center and the CU School of Medicine.

“We are so grateful for the belief from all these organizations and individuals, and especially to our patients, whose courage has been essential in making the models we need to test this new drug,” says Jimeno.