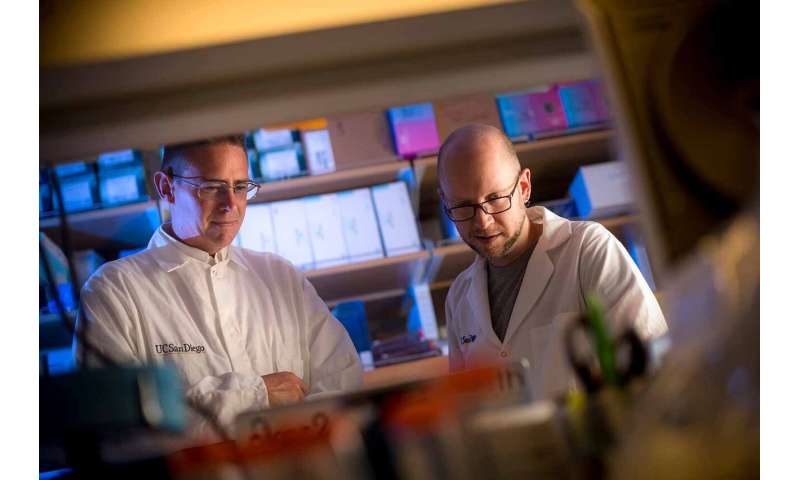 The Microsetta Initiative, a crowdsourced research effort based at the University of California San Diego School of Medicine, has expanded its capabilities to now allow citizen-scientists around the world to help collect crucial information about SARS-CoV-2, the novel coronavirus causing a COVID-19 pandemic.

“We are now positioned to collect data that will help drive epidemiological studies of where the virus is and isn’t, and help researchers determine who is at greatest risk, who is already immune, how the virus is transmitted and how it spreads through a population,” said Rob Knight, professor and director of the Center for Microbiome Innovation and co-founder of The Microsetta Initiative, which is run by his research lab at UC San Diego School of Medicine under Scientific Director Daniel McDonald.

NOTE: The Microsetta Initiative and its subsidiaries, including the American Gut Project, are research enterprises, and do not provide clinical diagnostic information or medical advice to participants.

The Microsetta Initiative’s original goal is to improve our understanding of human microbiomes—which types of bacteria live where in our bodies, how many of each and how they are influenced by diet, lifestyle and disease. To do this, citizen-scientists around the world contribute $99 to receive a kit to collect fecal, nasal, oral or skin swabs and instructions to mail them back. 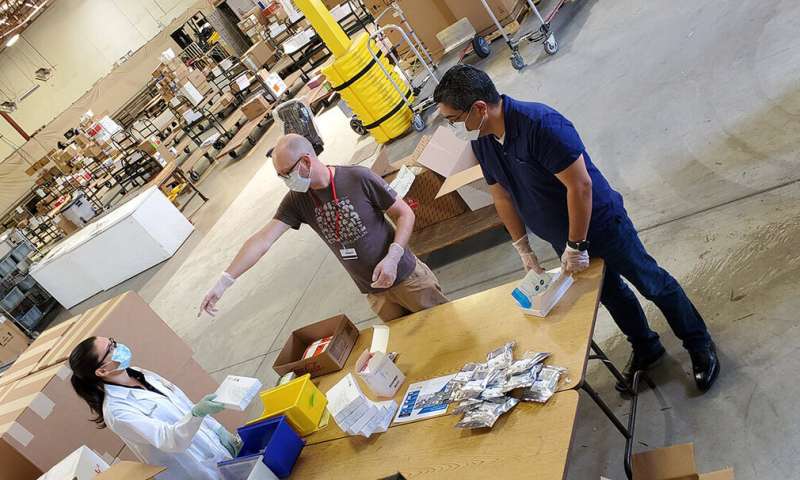 Once Knight and McDonald’s team processes the sample, participants receive a report that details what is living in their guts (based on a fecal specimen) or other body sites they sampled. The anonymized data contributed by participants drive hundreds of research studies around the world on the many ways bacteria and other microbes are influenced by our environments, health, diet and habits, and how those microbes in turn influence our health.

In order to now collect valuable research data on SARS-CoV-2, the team has tweaked the Microsetta kits in two key ways:

(1) Preserving viral RNA: Instead of including dry swabs appropriate for collecting microbial DNA, the kits mailed out to participants will now include 95 percent ethanol, which preserves viral RNA, the genetic material used by SARS-CoV-2. (Live viruses cannot survive in ethanol.) This information will help researchers better understand how the virus spreads and the environmental and lifestyle factors that might increase a person’s risk for contracting and transmitting the virus. 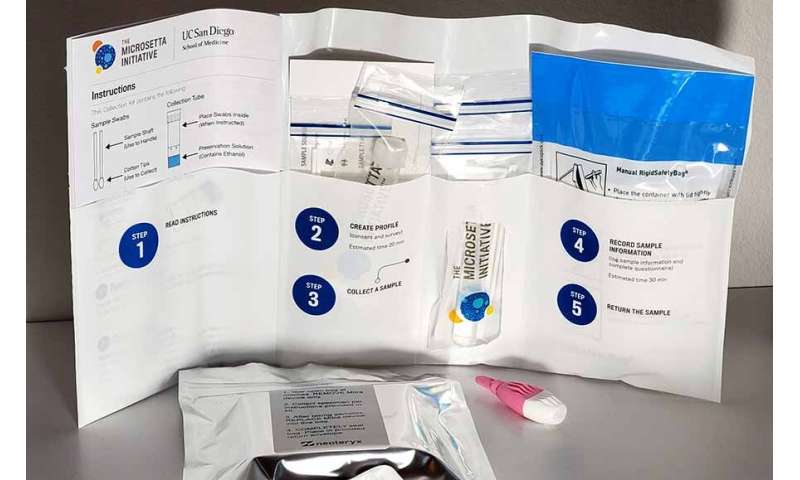 (2) Collecting blood samples: The kits will also include lancets—small devices that allow for easy blood sample collection by finger-stick, similar to at-home glucose tests used routinely by persons with diabetes. Only a couple of drops of blood will be drawn. The team will store the donated blood samples for future studies. For example, the samples may be used to determine who has already been exposed to SARS-CoV-2 and has developed immunity in the form of antibodies. Many research groups around the world are currently developing ways to detect these antibodies (serological tests).

When the team realized they would need a lot of lancets in order to be able to collect blood for serological studies, they turned to Anne O’Donnell, UC San Diego’s senior executive director for Corporate Relations, for help. She reached out to her many contacts in the San Diego and global biopharma industry. Within hours, BD (Becton, Dickinson and Company), a global medical technology company with a large presence in San Diego, offered 20,000 lancets.

“Adding lancets to collect blood samples was an idea we had late in the afternoon of Saturday, March 21,” said Mohit Jain, an associate professor of pharmacology at UC San Diego School of Medicine, who is working with Knight and team. “By the very next afternoon, BD was delivering caseloads to my lab. The collaboration, speed and efficiency of everyone involved, the willingness to cut through red tape, is unprecedented and moving.”