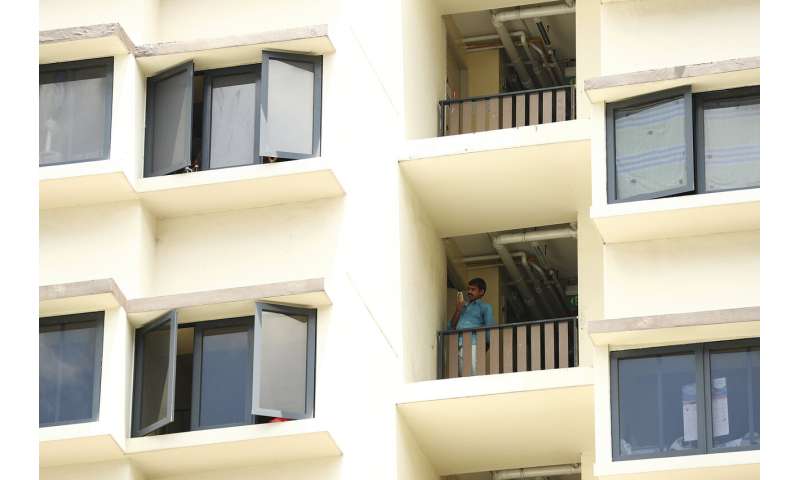 After managing to keep on top of the first wave of coronavirus outbreaks, Singapore is grappling with an alarming rise in infections among migrant workers housed in crowded dormitories.

Such cases now account for about a quarter of Singapore’s 1,910 infections. The government reported 287 new cases Thursday, its biggest daily jump. More than 200 were linked to the foreign workers’ dormitories.

The tiny city-state of less than 6 million people was seen as a model in its early, swift response to the virus. But it apparently overlooked the hundreds of thousands of migrant workers living in conditions where social distancing is impossible. Now more than 50,000 workers are quarantined and others are being moved to safer locations.

The outbreaks merit attention in a region where practically every country has large numbers of migrants working, commuting and living in crowded conditions.

On one recent night, masked foreign workers laden with luggage got off buses, each keeping a small distance from the others, to be registered and screened before moving into a Singapore army camp.

The 1,300 workers moving into segregated facilities in two army camps will be required to observe strict health measures, stagger their meal times and maintain social distancing. They are due to stay in the camp until May 4. 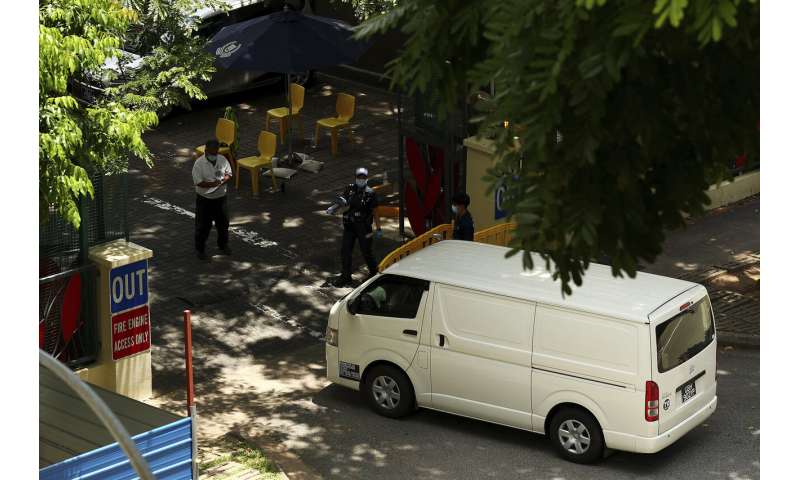 Others are to be moved into unoccupied housing estates, an exhibition center and other locations to help reduce crowding in their dormitories.

Foreigners account for over a third of Singapore’s workforce, and more than 200,000 are migrant workers from Pakistan, Bangladesh and other poorer Asian countries living in 43 registered dormitories across Singapore.

Virus clusters have emerged in nine of the privately-run dormitories that house up to 20 men per room, with shared toilets, cooking and other facilities.

By failing to act sooner, Singapore allowed the illness to spread more widely than expected in communities that already are relatively vulnerable, experts said. 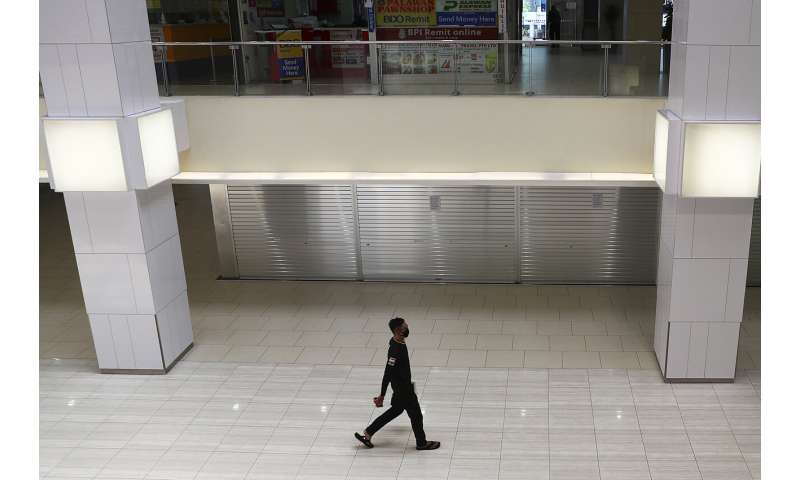 “This is a very major and urgent issue that requires active and urgent intervention,” Lawrence Wong, the national development minister, said in televised remarks.

This week, the city tightened precautions with a four-week “circuit breaker,” shutting down non-essential businesses and schools until May 4.

“Hindsight is 20/20. In general, Singapore could have implemented measures earlier that would have blunted the initial surge in imported cases in the second half of March,” said Hsu Li Yang, an associate professor and program leader for Infectious Diseases at the National University of Singapore.

“The important matter at hand is to swiftly disrupt the chains of transmission in the dormitories, as well as in the rest of Singapore,” Hsu said.

The more than 50,000 workers quarantined for two weeks in five dormitories that were declared “isolation areas” are being screened and tested. They are still paid wages and provided food and other essentials. The facilities are sanitized daily and they have been given health kits with face masks and hand sanitizers. 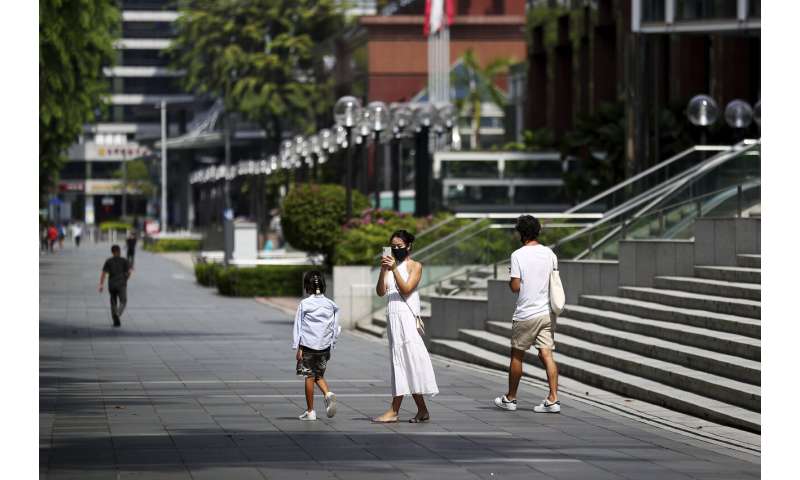 Labor advocates have questioned the strategy, saying confinement en mass in dormitories might put the workers at greater risk.

“When social distancing in dorm rooms with 12–20 men per room is effectively impossible, should one worker in a room be infected – and he could be asymptomatic—the repeated contact he has with his roommates because of confinement would heighten the risk to his mates. The infection rate in the dorm could increase dramatically,” the group Transient Workers Count Too, a charity group helping migrant workers, said in a statement.

It likened the quarantines to the conditions aboard cruise ships that were incubators for coronavirus infections.

The pace of testing, reportedly at less than 3,000 a day, cannot keep up with infections, and many thousands of workers live outside the 43 registered dormitories, noted the group’s vice president Alex Au. 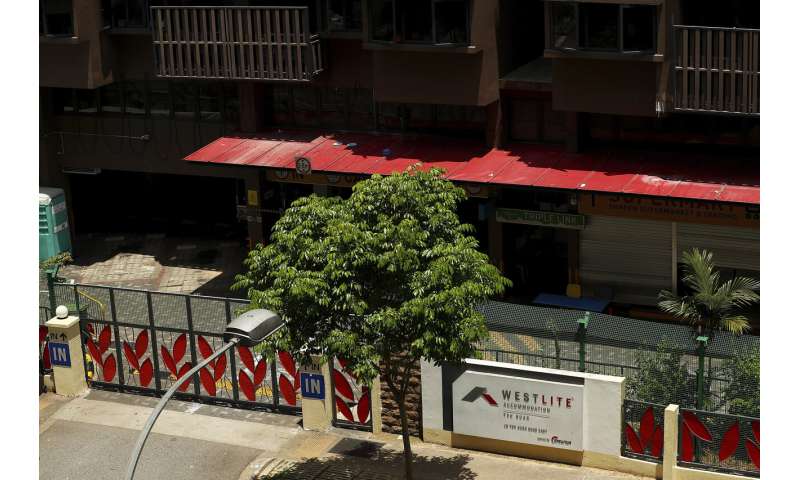 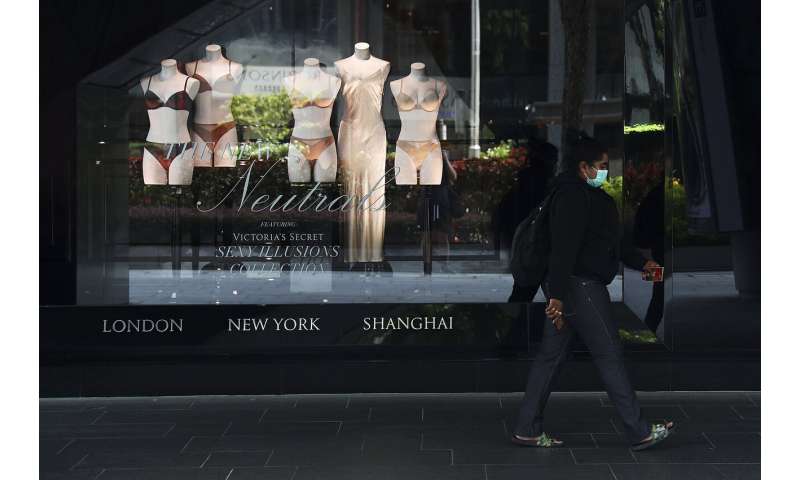 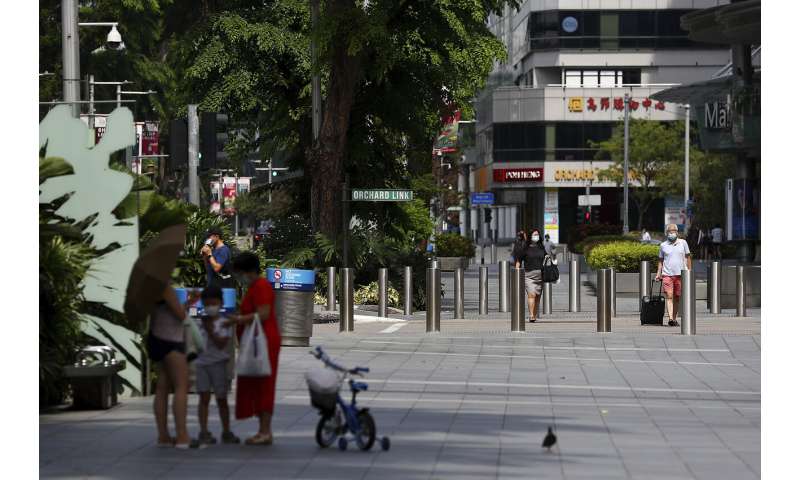 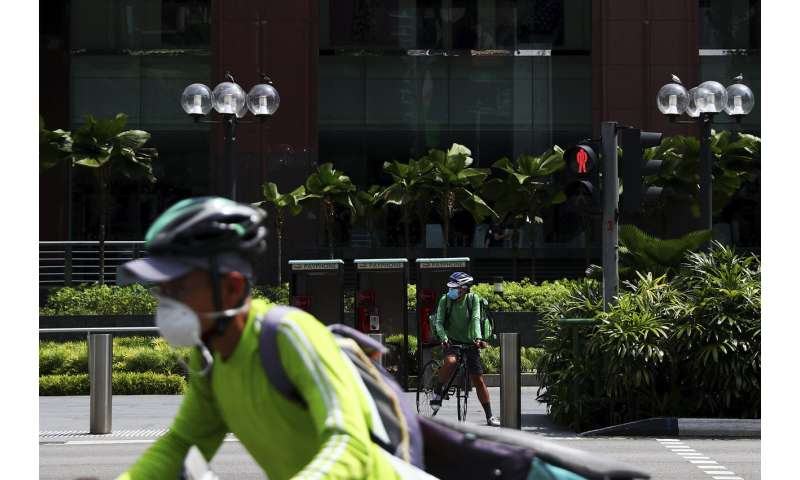 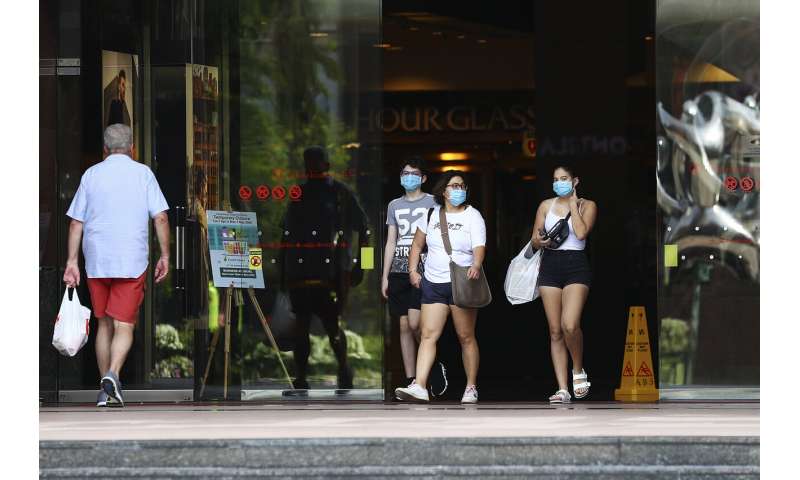 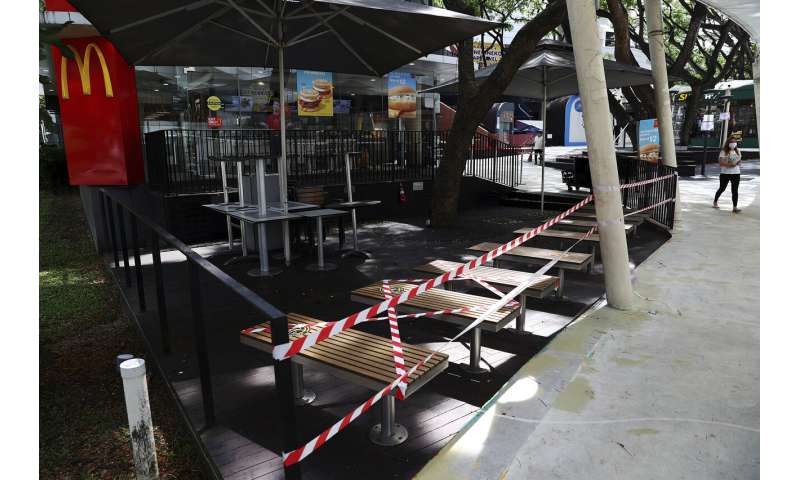 “They may be able to move 5% or 10%, but our guess is that the densities in the dormitories are so high, you may need something something like a 50% reduction. Where do you place tens of thousands of workers? It’s a very, very big problem,” Au said.

The virus is highlighting the need for better living conditions for workers.