Cancer is a condition where cells in a specific part of the body grow and reproduce uncontrollably.

The cancerous cells can invade and destroy surrounding healthy tissue, including organs.

There are more than 200 different types of cancer so symptoms will vary depending on where the cancer begins and where it has spread to.

Many symptoms are easily overlooked because they can be caused by less serious conditions.

One easily overlooked but potentially serious symptom of cancer is having a hoarse voice.

According to Cancer Research UK, if you have a hoarse voice for more than three weeks it may signal laryngeal cancer.

Laryngeal cancer is a type of cancer that affects the larynx (voice box). 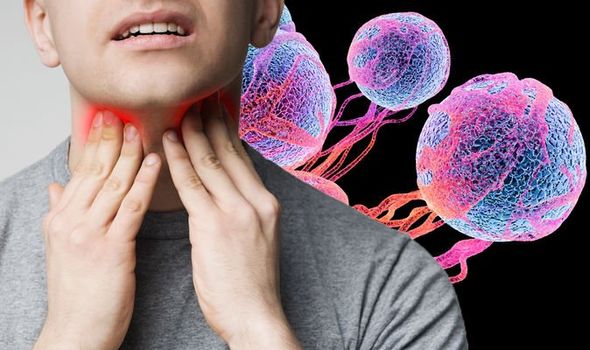 As the NHS explains: “The larynx is part of the throat found at the entrance of the windpipe (trachea). It plays an important role in helping you breathe and speak.”

As Cancer Research UK points out, having a hoarse voice is usually the result of less serious ailments, such as acute acute laryngitis (inflammation of the larynx).

“This usually happens due to a cold, a chest infection or over use of the voice, such as shouting or screaming,” says the charity.

Although it is more likely to be chalked up to a cough or irritation, you should see your doctor if you have a hoarse voice for more than three weeks, advises the health body.

DON’T MISS
How to live longer: Walking, running or swimming? Best exercise to boost life expectancy [TIPS]
How to get rid of visceral fat: Why this popular food may reduce the dangerous belly fat [TIPS]
Coronavirus LIVE: At least nine dead as horror virus sweeps the globe [INSIGHT]

Other symptoms associated with laryngeal cancer

The main symptoms of laryngeal cancer include:

How to prevent laryngeal cancer

It’s thought that most laryngeal cancers can be prevented by adopting a healthy lifestyle.

According to the NHS, using tobacco products increases your chances of developing several different types of cancer, including laryngeal cancer. 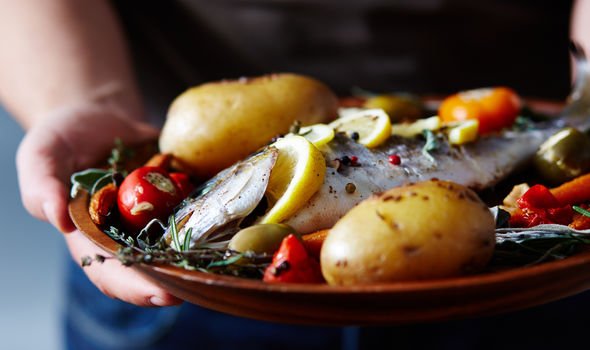 Tobacco comes in many forms, including:

Staying within the recommended guidelines for alcohol consumption will also reduce your risk of developing laryngeal and liver cancers, says the NHS.

To keep the risks posed by alcohol at by, men and women are advised not to regularly drink more than 14 units a week and you should spread your drinking over three days or more if you drink as much as 14 units a week, explains the health body.

Additionally, research shows that adhering to a Mediterranean-style diet that contains plenty of fresh fruits and vegetables, particularly tomatoes, citrus fruit (such as oranges, grapefruits and lemons), olive oil and fish oil, may reduce your risk of getting laryngeal cancer. 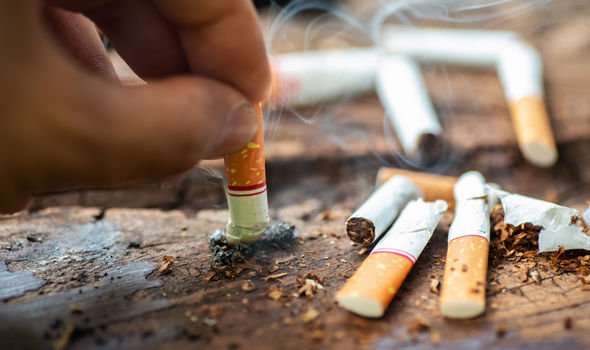 How is laryngeal cancer treated?

The treatment for laryngeal cancer, which largely depends on the size of the cancer, mainly consists of radiotherapy, surgery and chemotherapy.

If you have early-stage laryngeal cancer, it may be possible to remove the cancer using surgery (endoscopic resection) or radiotherapy alone, explains the NHS.

In later-stage laryngeal cancer, more extensive surgery may be needed, however.

“Radiotherapy and chemotherapy will probably be used in combination. In some cases, the entire larynx may have to be removed,” notes the NHS.