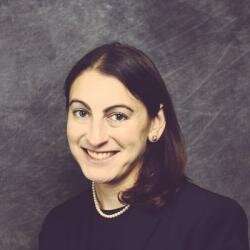 A new study led by Boston Medical Center uncovered a need to improve testing rates for Hepatitis C Virus (HCV) in young people, specifically those with documented substance use history. In the national data sample, under 30 percent of young patients who reported using opioids, methamphetamine, and/or cocaine were tested for HCV. Given the increased incidence of HCV in the US, especially among young people, fueled by the opioid epidemic, the study highlights the importance of ensuring that clinicians better screen and test younger patients for HCV when they present with risk factors, as well as connect those found to have current infection to treatment.

Published in the Journal of the American Medical Association, this is the first study to analyze national data on how adolescents and emerging adults are both tested and treated for HCV. Data from the Centers for Disease Control and Prevention (CDC) reveal that of all people reported to have chronic HCV infection, the proportion of individuals between the ages of 15 and 24 years increased from 3.8 percent in 2009 to 9.1 percent in 2013-16. In fact, most new infections are in people under age 30 who inject drugs. The major risk factor for HCV in young adults is injection drug use. According to the National Institute on Drug Abuse, 4,235 adolescents and young adults between the ages of 15 and 24 died from a drug-related overdose in 2015—more than half of which can be attributed to opioids.

“We need to consider and test for hepatitis C in younger age groups when we identify opioid or other injectable substance use,” said lead researcher Rachel Epstein, MD, MSc, an infectious diseases physician at Boston Medical Center and the study’s corresponding author. “Improving our standards for testing and identifying at-risk populations sooner and treating those with chronic infection, are necessary to ultimately reduce hepatitis C transmission”.

Using electronic health record data, the study investigators identified 269,124 patients, age 13-21 years old, seen at a network of federally qualified health centers (FQHCs). The multi-step testing process for HCV involves first testing for HCV antibodies (for which 1.8 percent of those tested in this study had positive results). Among those with documented substance use, who were tested, over 7 percent were positive for HCV antibodies, and 45 percent of patients who had follow-up confirmatory testing had detectable RNA, indicating a current infection.

“These data are cause for concern—and action—to ensure that patients are not only being tested, but are also receiving the treatment necessary to cure the disease,” said Sabrina Assoumou, MD, MPH, also an infectious diseases physician at BMC and senior author of the study. “As patients do not always disclose substance use, more universal testing and earlier identification of HCV is critical to prevent transmission and morbidity from disease progression.” In fact, the CDC and the US Preventive Services Task Force have recently disseminated draft updates to testing guidance recommending HCV testing for all adults ages 18 and older.

Once a patient has been tested for HCV and found to have detectable antibodies and RNA, genotype testing is done to determine a personalized approach to treatment based on the specific strain of HCV that the patient has contracted. Only 36.6 percent of HCV-infected youth in this study completed genotype testing, and only one individual had documented HCV treatment, representing a gap in care for young people in underserved communities accessing community health center services.

HCV treatment typically takes 2-3 months and involves taking just a few pills each day, with minimal side effects. The FDA recently approved the first direct-acting antiviral treatment for children 3-11 years-old, and multiple regimens are available for youth aged 12-17. Now that treatment is feasible for young children, the discussion between pediatricians and their patients about both substance use and HCV in at-risk patients is even more critical.