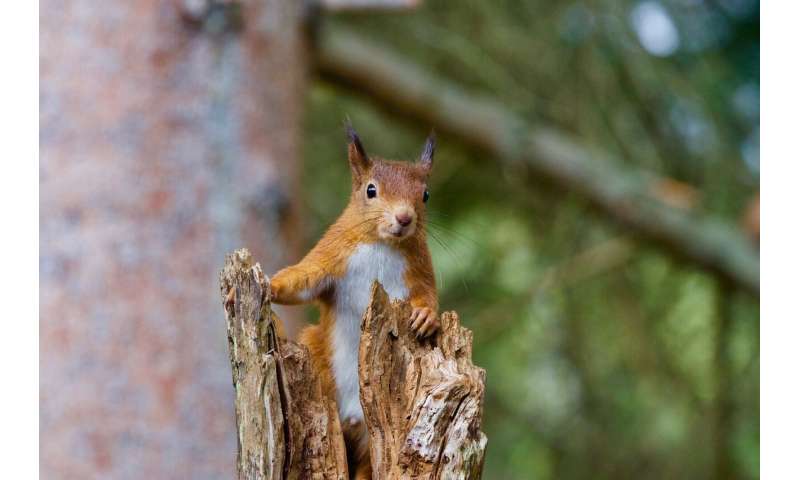 A squirrel in a Colorado has tested positive for bubonic plague, public health officials say.

The rodent was found in Morrison, a town outside of Denver in Jefferson County. The county’s health officials said in a statement that the squirrel was the first case of plague in the county.

Bubonic plague is one of three forms of the infectious disease caused by the Yersinia pestis bacteria. According to the U.S. Centers for Disease Control and Prevention, bubonic plague is usually contracted after an infected flea bite.

Jefferson County Public Health said in its statement that household pets can be susceptible to plague infection which could transfer to humans if they pick up infected fleas.

“Cats are highly susceptible to plague and may die if not treated promptly with antibiotics. Cats can contract plague from flea bites, a rodent scratch/bite or ingestion of a rodent. Dogs are not as susceptible to plague; however, they may pick up and carry plague-infected rodent fleas,” the department said in a statement.

Although tied to historic pandemics like the Black Death, plague illnesses do still occur around the world and in the United States every year, though they are rare. In the U.S., most plague cases occur in the southwest, including in New Mexico, Arizona and Colorado, the CDC says.

Modern antibiotics have significantly lowered plagues’ mortality rate. Symptoms of bubonic plague can include fever, headache, chills, weakness and swollen lymph nodes, the CDC says. The bacteria can spread to other parts of the body if untreated.

Jefferson County Public Health advised avoiding wild animals, especially those that appear sick or dead. Pets should also be kept a safe distance from wild animals, and consult a veterinarian if a pet does become ill, the department says.